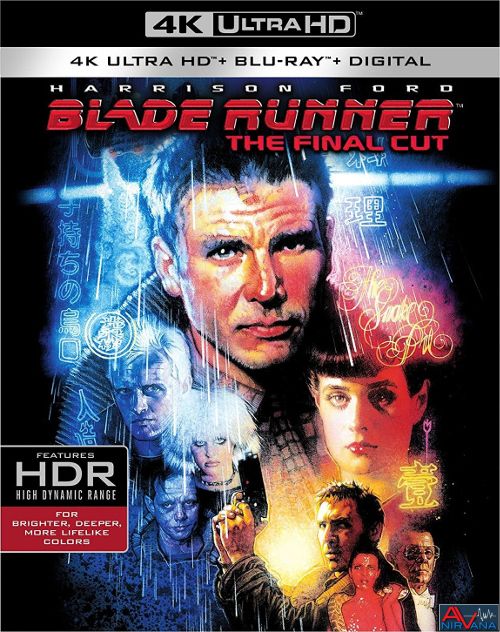 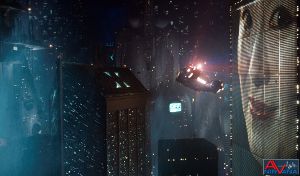 With Blade Runner 2049 coming out, it was inevitable that we saw a 4K UHD disc of the original film that started in all over 35 years ago. Blade Runner is a thinking man’s sci-fi masterpiece, and one of the very few films that I can watch over and over again and still get something new out of the symbolism and intricately woven thought processes that Scott has done. Taken from a Phillip K. Dick novel titled “Do Androids Dream of Electric Sheep?”, the movie revels in a slightly cyberpunk future (November of 2019 to be exact, 2 short years away) wherein mankind has undergone a digital revolution. The city of Los Angeles is a dismal dump that is dominated by technology and a complete lack of respect for what has come before it, and humanity has created some amazing marvels. Animals have pretty much died out, and synthetic creatures are used as tools by human, as well as synthetic humans, known as replicants, who are used as beasts of burden for futuristic man. 4 of these replicants have slaughtered 23 people escaping from their activity, and now it’s up to retired Bladerunner (basically a replicant bounty hunter) Rick Deckard (Harrison Ford in one of his most iconic roles) to hunt them down.

The hunting is the easy part, but learning about yourself in the process can be so much more difficult. Deckard has to track down and kill each remaining skin job, but it won’t be that easy. 2 of them are nominal targets. One being a laborer replicant, and the other a pleasure model. Simple, easy and nothing a few bullets can’t take care of. However, the other two, Roy (Rutger Hauer) and Pris (Darryl Hannah) are combat droids, and they are NOT about to be taken in with out a fight. Couple that with the fact that Deckard starts to fall in love with the assistant to a replicant creator, who just so happens to be an un knowing replicant herself. As Deckard hunts his prey, he also has to question the meaning of life, as well as connect directly with the plight of a race of beings who have become nothing but modern day slaves in a world that is a slave to their own creations. 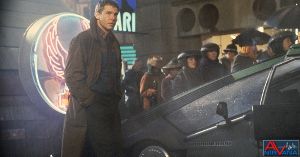 Blade Runner is one of those movies that you really have to pay attention to in order to glean as much from the viewing as possible. I’ve watched the movie numerous times and each sitting gains me a new bit of insight into the subtext that Scott wove into the film, and each viewing allows me to appreciate a different aspect of the differing versions. The Final Cut is supposedly Ridley Scott’s preferred slice n dice of the movie, but there are many fans who will disagree with him. The Theatrical cut is distinctly different and is one of the least liked, but the director’s cut is near flawless in my opinion (also my personal favorite). But what makes the film so exciting and vibrant is that each version of the film shares something different with the viewer. A different take on Deckard, a different tone to the film, and different endings that completely change how you think of what just came before it. The Final Cut is an amazing work, and really not that different from the Director’s cut, but honestly it is a hard call for me to say which of the two I really like better (although I lean towards the Director’s cut).

The film is magnificent in every way, and there is so much to glean from watching the film. There are multiple little hints and visual clues to the identity of certain people (folks have argued for DECADES over whether Deckard is a replicant or not), and there are times when I have been completely sure of my assumptions, and other times where I view it again and gain a clue that shifts me in the opposite direction. Everyone involved is amazing and plays their parts to a T, and we have a whole HOST of great actors. Ford, Hannah, Rutger Hauer, Sean Young, Edward James Olmos, M. Emmet Walsh, William Sanderson, James Hong (who still looks ancient 35 years ago), Joanna Cassidy, and many many more. I can not say enough how amazing the film is, and what makes it even MORE amazing is that it hasn’t become dated at all. Even though the film is set 2 years in OUR future right now, Scott’s attention to make the futuristic world as organic and retro as possible allows it to not fall into the trap of so many other films where the future tech becomes laughable. It acts as an alternate universe rendition of earth, and the retro, analog nature of the film allows it to be just as viscerally exhilarating as it was 35 years ago.

Blade Runner: The Final Cut was taken from a mixture of elements, including the original film negatives, some alternate footage, as well as all new special effects created and blended specifically for Ridley Scott’s return to one of his most seminal films ever. This was then taken and given a 4K Digital Intermediary master, which was used for 2007’s Blu-ray and HD-DVD release a decade ago when Blu-ray was in its infancy. This same master has been used for the UHD with some tweaking done for HDR inclusion and then transferred to disc. The film set comes with 4 discs included, the 4K disc, the Blu-ray of the Final Cut, and the two DVD bonus feature discs from the 5 disc ultimate set from 2007. Sadly Warner didn’t see fit to remaster the aging Blu-ray like has been done for a couple of films so far (Unforgiven comes to mind as the most recent), so it’s still the old bitstarved BD-25 disc that we’ve had released and re-released half a dozen times.

That being said, the 4K UHD disc is nothing short of astonishing. I remember a few years back reviewing the Blu-ray release of Lawrence of Arabia and hailing it as one of THE best looking Blu-ray catalog titles I had ever seen. This 4K UHD rendition of Blade Runner: The Final Cut is the 4K’s version of Lawrence of Arabia. It is a 5 star transfer across the board and rivals Passengers for being the best looking 4K disc I’ve seen so far. The wonderfully grainy looking film with the blue and gold cyber punk color grading just looking amazing with HDR employed. The grain texture is lovely and revealing of EVERYTHING that can possibly be seen by the naked eye, and the HDR colors are so vivid and luscious that they pop off the screen quite aggressively. Watch when Deckard tracks down his first two replicant kills in the driving rain, with the neon lights of L.A. harshly contrasted by the dark stone walls of the bleak looking city. Black levels are deep and inky, and show no signs of digital artifacting or other abnormalities. The softness that came from the VC-1 encoded Blu-ray is long gone, allowing us to see every bit of stubble on Ford’s face, as well as the individual rivelets of water cascading down the abandoned home during the rainstorm battle of Roy and Deckard. Simply put, a marvelous looking transfer that rivals the best the format has to offer.

The 5.1 Dolby TrueHD track from the 2007 release was really a stunner, and an incredibly immersive track that got high accolades back in the day. That 5.1 mix is really hard to beat, and I still consider it one of my favorite sci-fi tracks of all time. However, Warner has not only given us a boost in the video department, but the Dolby Atmos mix has made an ENORMOUS step forward, in ways that I didn’t think was possible. The chaotic sounds of futuristic Los Angeles has been turned into a veritable vortex of sonic joy. The surrounds are distinct and clean, with pin point precision directional shifts that are eerily natural in their execution. Raindrops fall all around the listener, with the pitter patter of drops hitting the roof overhead, and sounds of Roy or Pris shifting around in the background as they try and flank the Bladerunner. Listen to the sounds of the blimp that hums overhead with the constant advertisements, or the deep, throbbing, bass that permeates the electronically inspired score. I really didn’t think we’d get THIS big of a leap in audio quality, but if you have the equipment, the Atmos mix is nothing to sneeze at and is worth every penny of the upgrade cost.

Blade Runner is one of the most seminal 80s Science Fiction films out there, and easily in my top ten of all time. This new 4K UHD discs gives us the final cut in a format that is leaps and bounds superior to any Blu-ray version that has been released to date, but there is one slight caveat. I love the Final Cut, but I also am a purist and really would have wished that Warner did the special treatment that the original Blu-ray got back in 2007. The theatrical, extended and international cut at the VERY LEAST would have been nice to see in 4K UHD instead of JUST the Final Cut. Still, it’s minor quibble, as the Final Cut is right up there with the director’s cut for the best version of the film (in my opinion) and the leap in video and audio quality is nothing short of perfection. Extras are mostly the same ones from before, but they are still great extras, and the release garners a solid “Must Own” recommendation from yours truly.

Thanks for the review. I have to revisit the original.. I forgot most of it.. lol.

Thanks for the review Mike. I love this movie so I'll be adding it to the collection.

Interesting... I had heard it was just a re release that wasn't even up scaled to 4k. I will have to check this out once we move.

Negatron said:
Interesting... I had heard it was just a re release that wasn't even up scaled to 4k. I will have to check this out once we move.
Click to expand...