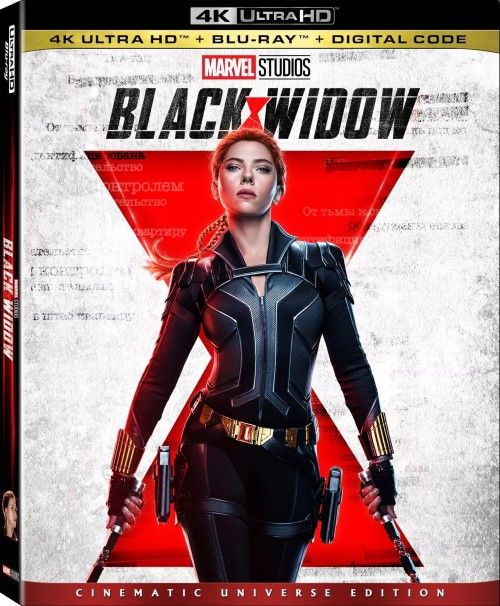 Movie
Black Widow has been a long time coming, and amidst a dearth of super hero movies in the world of the pandemic, it’s nice to see a big blockbuster come home to roost. However, it’s a bit of a mixed bag with interesting results that AREN’T your normal movie issues. This was a movie meant to come out several years ago but got sidelined, but due to Scarlett having one more movie in her contract Marvel decided to make this “one off” solo movie that was meant to be released 3-4 years ago and just hope audiences like it. That being said, it isn’t a bad movie, and I think is definitely better than several of the other canon solo movies that have been highly lauded (a few lauded WAY higher than they should be due to social issues)

The film takes place directly after Captain America: Civil War where most of dissenting Avengers are in jail except for Cap and Black Widow. While Cap is busy laying low till he can break his buddies out of jail, Widow decides to skip town after the whole battle at the airport and see if she can use her roots to fade back into Russia. However, she soon finds out that she’s left a lot more behind than she expected when she’s attacked by the mysterious Task Master super soldier (with the ability to mimic any warrior’s move it’s up against) that stems from her training at the mysterious Red Room (the super secret area that trained Natasha to be the super agent she is today). It also turns out that her younger “sister” Yelena (Florence Pugh) has escaped the Red Room like Natasha did and has sent her a package full of a secret red gaseous material.

After getting attacked by Task Master, Natasha realizes who sent her the package and tracks Yelena down only to discover that the Red Room has gotten even worse than when they were children. Dreykov (the founder of The Red Room program) is not only training super spy females to be his eyes and ears around the world, but is now using chemical mind control to keep his agents in line (supposedly brought on after Natasha escaped him years ago). A mind control which the red vials of gas are able to break. Realizing that her sisters in arms are not only being trained assassins, but being held captive with their own minds, Natasha and her estranged sister Yelena doe the only thing that makes sense to them. Hunt down Dreykov and destroy his operation of widows before he destroys the lives of any more young girls.

] Black Widow is actually a very competent solo movie. It’s not perfect, but I actually liked it a lot. The action flows, it’s more naturally comedic than most Marvel/Disney movies, and both Florence Pugh and Scarlett dominate in the action scenes. That being said, the movie has one major thing against it that makes it feel like the odd man out. That is, it’s a movie whose timeline is designed to be fit right after the 2016 Civil War film, and feels strangely out of place knowing that Natasha is dead, and that the whole Marvel Phase 3 is officially over with. As such, it feels like a movie outside of time, and that kind of takes away some of the urgency and story points that come out of it. Even the end credits where Yelena is set up to be the Villain of the Hawkeye Disney Plus series coming up doesn’t blend it in. It just is kind of like watching a sequel made to a franchise years and years later where the actors are 20 years older and are supposed to be right after said first movie.

THAT BEING SAID, the movie is still solid. David Harbour is incredible as Red Guardian (David Harbour never disappoints. I’d watch him eat a salad and still applaud at the end), but he’s not given as much to work with as I’d like. The same goes for Rachel Weisz. Shes’ a great actress and is impressive in her role, but it’s too little of the film’s run time. But as much as this is a Black Widow movie, Florence Pugh as Yelena is the star of the film. She’s impeccable as the younger sister of the famed assassin, and her screen presence is incredible. I was more attached to her than I was any other character in the movie, and it seems (according to audience reactions) that most people feel the same as I do (the joke about Black Widow’s super hero pose is spot on perfect meta material, and one of the best jokes of the movie). The only bad casting choice that I can think of is actually Ray Winstone. Winstone is an incredible actor, but his ability to pull off a Russian accent is hilarious at best, and his attempts just drew away from the character so much that it became unbelievable (my one and only NERD complaint stems from Task Master, who is completely non related to the comic book character except in name and ability to mimic only. The character works for the movie, sort of, but isn’t anything like the original character AT ALL).


Rated PG-13 for intense sequences of violence/action, some language and thematic material

While a lot of the MCU films were 2K to 4K conversions, Black Widow is a native 4K master transferred to this disc, and it looks amazing. Clarity is really impressive, with tons of details and nuance that makes it one of the most impressive 4K discs I’ve seen recently (alongside Zack Snyder’s Justice League) except for a few small softness issues that crop up (such as inside Melina’s house, or some of the background objects in CGI laden sequences like the air diving scenes). Black levels are nice and inky with great shadow detail, and the colors are vibrant with the HDR enhancements. The white outfits during the Alexi escape sparkle brilliantly against the snow and stone, and haunting red elements of the Red Room are incredibly rich and saturated. All in all, this is a great disc that pulls ahead of the already great Blu-ray disc included by a solid margin.

Now for the part that makes most people nervous. Is the Atmos track a great Atmos mix? Or is it an Atmouse track. Well, It is and it isn’t. While there’s a feeling that the overheads aren’t wildly used, and the dynamics a bit squashed, the Atmos track is a really nice mix. The bass is there in spades, and while it probably could have been a LITTLE beefier, is still a very nice low end for the film. Dialog is always crisp and clean, and the track hits hard and powerful when it needs to be. The car chase with Yelena and Natasha is a fantastic tour de force, and the explosions and rumble of an avalanche is amazing during the prison break. Comparing against the 7.1 DTS-HD MA track on the Blu-ray made me notice that the DTS-HD MA track is a little bit boosted in volume, but once level matched sounds VERY similar to the Atmos track (which is a good thing and a negative, considering that the Atmos track isn’t that wild in it’s use of overheads). At the very least, I’m happy to announce that this isn’t some massively neutered Atmouse track that we had to suffer with in the past, and is in fact quite a good track.

• Bloopers – Take a look at some of the fun mishaps on set with the cast and crew of Black Widow.
• Deleted Scenes
-- Grocery Shopping – Natasha heads into a grocery store to prepare for her journey through Norway. After a long drive, she arrives at her destination: a mysterious trailer in the middle of nowhere.
-- Bike Chase – Tailed by assailants, Natasha and Yelena speed through the city in order to escape their nemeses.
-- Gulag Fight – Alexei squares up against several enemies and is quickly overpowered. When all hope seems lost, Natasha leaps in to lend a hand in the fight.
-- Smile – The Taskmaster protocol is activated in a tense moment, and an iconic helmet is unveiled.
-- Come After Me – Secretary Ross and Mason discover an important message Natasha left behind.
-- Walk and Talk – Alexei and Melina have a playful exchange. The Taskmaster arrives and faces off with Alexei.
-- Widows in Training – Yelena and Alexei awaken in captivity. Melina hands the Taskmaster vials while the Widows train.
-- Kiss – Alexei and Melina reunite after the action. Natasha grieves over an untimely demise in the brutal aftermath.
-- Ohio – Natasha witnesses the carefree nature of the Ohio suburbs through the neighborhood children.
• Filmmaker Introduction Featurette – Director Cate Shortland introduces the film and her vision for it.• Sisters Gonna Work It Out Featurette – Watch Scarlett and Florence as they train, fight, and bond to become the sister duo in Black Widow. Listen as the cast and crew discuss the characters, rigorous training, and building the dynamic between the two fearsome siblings.
• Go Big If You’re Going Home Featurette – Step back to appreciate the size and scale of Black Widow’s solo film. Shot around the world, the film balances family and drama with mind-blowing action. The cast and crew reveal the intricacies of stunts that made the film so action-packed.

As I said above, Black Widow is not the perfect Marvel Movie, but it is no where near the worst either. It’s a solid action flick that feels out of place due to Marvel themselves not developing the film in the time frame when it would have most logically fit into the MCU time line as viewed by the audience. Really, outside of a few minor quirks, that’s really the only negative think I can say about it. The action was fun, Florence Pugh was amazing, and I had a great time watching it. The 4K UHD is an amazing like disc for sure, and allows me to give it a solid thumbs up as my reccomendation.

My kids were all over this movie. I'm sure it will hit our theater room soon!