Birth of the Dragon - Blu-ray Review

Birth of the Dragon 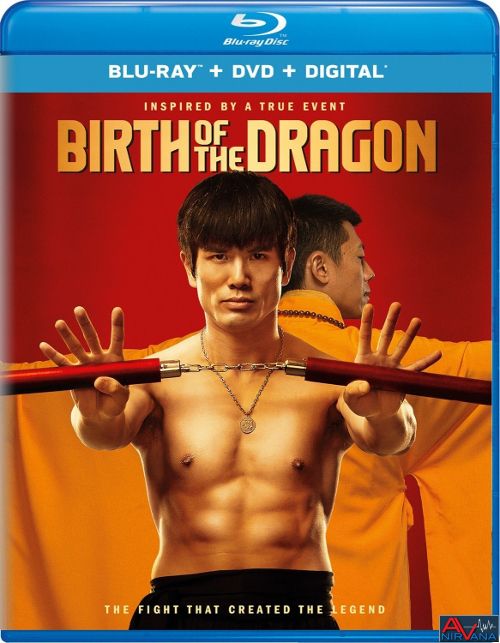 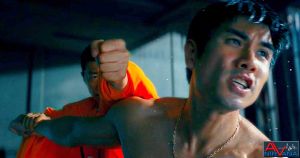 Movie
There are very few martial arts legends as lionized and fabled as the great Bruce Lee. By all accounts and eye witness stories, he could leap tall buildings in a single bound, defeat 40 men just with his left foot, and could even through people through brick walls with his famous “1 inch punch”. Now, naturally I’m kidding just a bit, but to say that his stature and prowess has been exagerrated over the years is an understatement. He was a fantastic martial artist, who pretty much molded American martial arts films, and even the grand daddy of mixed martial arts as a method of REALLY fighting. However, the man has had much padding added to his career, with elements of good and bad attributed to him to the point where truth and fiction are so blurred that many of us may never know WHAT went down back in California during those days. The biggest, and one of the most stylized, confrontations in his legacy is that of the fight between himself and Wong Jack Man, a monk from the Shaolin temple. We’ve seen various interpretations of the fight, such as in Dragon: The Bruce Lee Story where Bruce is being punished by the ancient masters of Kung Fu for teaching his skills to white folks (a story that’s been debunked a thousand times by Ed Parker and many others). There Bruce faces off against Wong Jack Man in a dungeon setting surrounded by a high council of ninja like warrior leering on in disapproval. There Jack Man pulls a dirty move and sucker punches him in the back to win the fight. Birth of the Dragon also takes a highly stylized approach to the fantastical face off, pitting a young and arrogant Bruce Lee (which is not entirely false if you study his records) against a wise and long suffering grand master who has to teach the young man some humility and a lesson.

What makes the film even MORE strange is the point of view of the film. The original trailer made it seem like the film would be all about Bruce vs. Wong Jack Man, but upon further review it looks like there is a third point of view being forced in. That of one of Lee’s white students who takes up the majority of the film, side lining Bruce in his own movie and focusing in on this student and Wong Jack Man’s relationship. As such, I would have to say that we have to take the movie’s authenticity with a HUGE grain of salt (giant sized would be more accurate), and I’d estimate most of it is pure fantasy. With that in mind, and keeping in your head that this doesn’t have Bruce Lee be the center post of the movie, it’s actually a semi decent martial arts flick.

A young Bruce Lee (Philip Ng) is trying to make a name for himself in San Francisco as a martial arts instructor, but one of his students, Steve McKee (Billy Magnussen) isn’t progressing as he thinks he should. Steve has strength, skill, and some talent, but he is held back by something. It’s not until Wong Jack Man (Xia Yu) arrives from China to pay penance for nearly killing an opponent in a demonstration, Steve seeks out the legendary martial arts master for guidance. You see, he’s fallen for a local Chinese waitress named Xiulan Quan (Qu Jingjing) who just so happens to be an indentured servant to the local branch of the triads. Unable to tear her free from their grasp, he gets the local triad head to agree to let Xiulan Quan go, IF Master Jack Man will fight the brash and overly aggressive Bruce Lee himself.

As you can see, the fight itself really only takes up about 20% of the film. The rest of the time is dealing with Steve’s problem with himself, and introducing us to Wong Jack Man, who is an overly navel gazing monk without a car for this modern world. The natural bonds of friendship and respect are born as Steve proves to Wong Jack Man that not all westerners are devoid of the spirit of Kung Fu, while Bruce is portrayed as an overly brash and insensitive thug (which is actually not completely wrong either). The film borders on pure fantasy at times, and my first viewing of the film was actually pretty frustrating. I was expecting a Bruce Lee movie, but instead got a story about Wong Jack Man and a student of Lee’s. If you can take that expectation out, the second viewing was actually much better, but the FILM itself is still rather uneven. The dialog borders on nonsensical at times, and the fight scenes even more heavily cartoonized than ACTUAL Bruce Lee films.

On the plus side. The action is usually quite good. There’s some over use of wire work, and the dialog gets goofy, but the fights are tight and brutal, with Philip Ng showing off some impressive fight scenes. While the legendary fight gets the most hype, it’s actually the fight against the triad goons at the end that really got the best of the choreography. Most likely because the match between Wong and Bruce was mostly a tournament fight, while the battle with the thugs was your classic movie choreography, with the heroes taking no prisoners.

Once again the internet is silent on the cameras used, or the DI resolution for Birth of the Dragon, but the 1080p Blu-ray presentation is devoid of just about any flaws in, making for an incredibly pleasing viewing experience. Clarity is excellent, with facial and body details looking very nice, and the colors are warm and sharp throughout. The oranges of Wong Jack Man’s Shaolin costume are vibrant and punchy, while the dark alley and dusky looking warehouse that he trains in is appropriately subdued. You can tell that the film was definitely shot with 3D in mind (and a 3D theatrical experience) with slow motion shots that have pop out effect written all over them, but sadly we’re limited to 2D for the home video release. There’s some mild softness here and there, with a little bit of banding in darker shots, but overall the disc is very sharp and clean, with no real major flaws to think of.

The DTS-HD MA 5.1 track is just as well done as the video is, giving us a punchy action track that makes good use of the surround channels during the films fight sequences. Crunches and crashes as Bruce and Jack Man tear through tables and chairs is hear all around the listening position, and the whomp of fists and feet thudding into bodies is crystal clear. While there ARE a lot of fights in the movie, the track does have large portions of time where the dialog takes over, giving it a very front heavy mix during those scenes. Dialog is clear and clean, showing no signs of imbalance with the rest of the track, and the LFE is deep and heavy during the above mentioned fights.

• Birth of the Dragon: Behind the Scenes Featurette

Birth of the Dragon was in and out of theaters in scant few weeks, and I can understand why. For a film billing itself as the face off between the two legendary masters, it really didn’t have much to DO with the fight itself, or about Bruce Lee, except in the most cursory way. it’s a decent martial arts flick in its own rights, but as a movie based upon the legend of Bruce Lee it is sorely lacking. The technical presentation of the disc is amazing, with strong video and audio scores, but sadly a very lackluster lineup of extras. I personally would give it a rental if you’re a kung fu fanatic like myself, but would limit my purchasing habits until a good rental was checked out before tossing down coin for a buy.