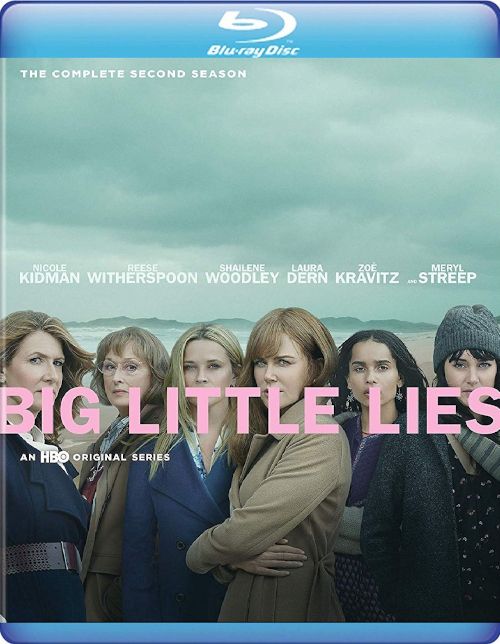 Movie
I’ve noticed the last few months that there has been a change up with HBO’s distribution of their properties. Certain TV shows (outside of big ones like Game of Thrones) are no longer distributed by the studio, but moved off to Warner Brothers Home Entertainment for physical releases. This has resulted in wide releases of shows like Ballers and now Big Little Lies being regulated to DVD only releases for general consumption, with Warner Archive’s MOD (Manufactured On Demand) side works taking care of the Blu-ray releases. Well, being that this is the new norm it looks like we get to review the Warner Archive release of the 2nd season on Blu-ray and see where we left off from last time.

Tv shows have changed a lot over the years. It used to be that TV shows focused on a couple of main characters throughout the show, allowing each week to be semi episodic, but still following a thin thread of an over arching plot throughout the seasons. This allowed the show to be planned for multiple years, but still be self contained enough each year so that the threat of cancellation would never leave a show completely chopped up. However, this method has changed over the years (for better or for worse), as shows have become decidedly more serialized, pushing multi season arcs, with each season being a “piece” of the whole puzzle. This has sometimes backfired on us badly (such as SyFy’s complete destruction of the show Dark Matter right as a massive turning point in the show happens), but has also allowed for a show that seems more seamless over the years once it finishes. This alone is why I was actually shocked that Big Little Lies actually got a sequel. The 2017 show was a 7 episode mini series that was completely self contained, becoming part one character drama, and part murder mystery and ended so well and so completely that no one thought a second “season” (kind of, as mini series really aren’t seasons as much as self contained arcs) was even on the radar. Until 2 years later HBO decided to revisit the world of Madeline and her grudges. 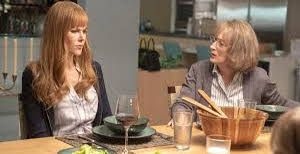 The show really revolves around 4 women and their “problems”, so to speak. Madeline (Reese Witherspoon) is a complete busybody stay at home mom who has her fingers in just about all of the pies surrounding her (and her various grudges, which she has made “pets” out of). Celeste (Nicole Kidman) is Madeline’s best friend and used to be an attorney who has also acclimated to being a stay at home mom. Newcomer Jane (Shailene Woodley) gets roped into Madeline and Celeste’s schemes, as does Bonnie (Zoe Kravitz), as they utilize a series of flash forwards to reveal a death that befalls their little community.

Season 2 sort of restructures the whole base of what happened in season one, as the death of a VERY major character literally wrapped up the entire miniseries back in 2017. After the death of Perry (Alexander Skaarsgard), his mother Penny (Meryl Streep) comes to town, intent on finding out what happened to her baby boy, and ingratiating herself into Madeline’s life. What could have been seen as a basic change to the plot and move on with a different mystery, Season 2 seems to want to cram an entire HBO SEASON worth of material into the 7 episode miniseries “sequel” that is this year’s story. I won’t go too much into what HAPPENS during season 2 due to how easy it is to spoil the whole thing, but needles to say, the entire season feels like it wants to extend the fun of the first season and to do so requires restructuring the show enough to survive as an actual multi season arc vs. the constrained and “closed” mini series of the first year. Not saying it’s a 100% horrible thing, but it’s a massive change of pace for those that loved the first season, and kind of invalidates much of went on that year, as well as stuffs too much information into too few episodes. 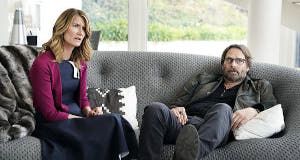 With Warner Archive handling some of the new Blu-ray releases for HBO I was curious if there was a huge difference between the encodes, but luckily it seems much the same. There’s been a change of cinematographers, but the same Arri Alexa Mini cameras are being used, and the slightly hazy, slightly soft impressionistic look of the show is maintained beautiful. Teal and amber undertones dominate the image, with a very revealing level of detail despite the slightly soft and impressionistic visuals of the show. Black levels are deep and inky, with outdoor shots being slightly over exposed and cheerily sunny. Facial details show the best of the details, but backdrops and home locations still are more than intimately nuanced to be pleasing.

The show’s sound design is very much like the first season with it’s 5.1 DTS-HD MA mix. Meaning that while we get some surround usage during the more boisterous moments, and with some of the city traffic, the show really focuses on a dialog centric approach that puts most of the activity up in the front of the room. Dialog is clean and clearly focused up front. Voices are intelligible, and the moderate activity in the front of the room keeps the mains from being silent as well. It’s a good mix, and a solid track considering that this is a VERY dialog heavy drama, and it’s only real fault is that it was not mixed as a super exciting mix due to it’s dramatic narrative. 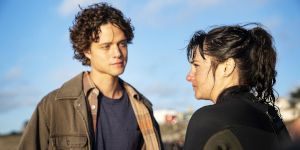 • The Lies Revealed: A Conversation with the Cast of Big Little Lies

Big Little Lies was a standout miniseries from 2017, and I still think it was a FANTASTIC little mystery show. It was devious, mysterious, and grimily engaging as well. The second season deviates a LOT from the source novel, implementing new characters, new changes, and a huge change of pace from what came before it. The season is entertaining as it is, but meshes very badly with Big Little Lies 2017, which makes it feel really awkward when moving from one season to the next. Who knows if this new structure will remain the “norm” for upcoming seasons (season 3 is already being produced), but we’ll have to see. The audio is quite good, and the video stunning, but once again there’s a distinct lack of major extras on Warner Archive discs. A solid watch, but sadly not as great as the first year.