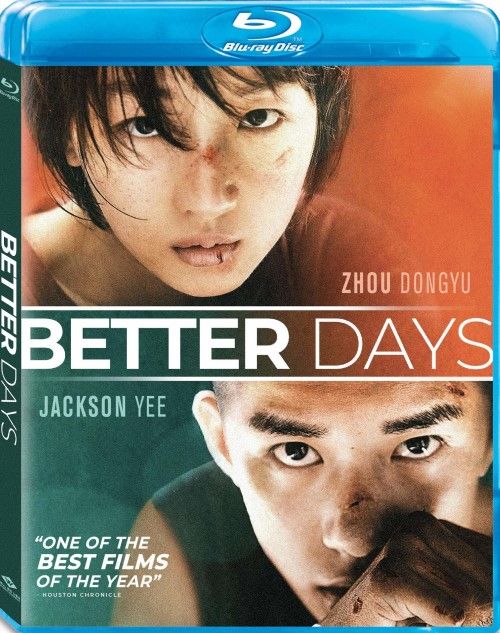 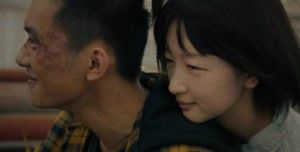 ] Movie
I’ve been wanting to see Better Days for quite some time, and for a very specific reason. We all know that China is VERY tight lipped about anything that could possible be seen as a black mark for them. The refuse to acknowledge or show issues with Tibet in their films (despite massive protests for decades about the Chinese invasion of the small nation), and they have a constant jingoistic/super nationalist vibe to their action movies and dramas. It is what it is, so you can color me surprised when director Derek Tsang put out Better Day, a film HEAVILY criticizing the culture of bullying and barbarism that has invaded their school culture (and family life) for years. It was so controversial in China that the Chinese government pulled it from theaters days before release, and even used their weight to get it banned from the Berlin film festival in 2019. They reluctantly agreed to lift the ban after the bad press around the world got around (especially now that they’re getting raked over the coals with the Covid-19 issues in the news) and we finally get to see it on home video.

If I had to liken the film to anything, I would liken it to a much more raw and intimate version of Donnie Yen’s Big Brother (which tackled schooling and the need for education) and Korea’s animated film on bullying, The King of Pigs. However this one is slightly disjointed. The first half of the movie is probably what brought it under fire from the Chinese censors as it delves into the theory that the group think that China is infatuated with may not be beneficial for everyone in their society. A highschool girls gets bullied to the point of death by her peers, which brings a bit of complications to the school. Our main “heroine” Chen Nian (Zhou Dongyu) comes under fire when she dares to express sympathy for the deceased, and gets bullies of her own following her.

The film takes a sudden detour in the second half of the film (although it kind of relates to the bullying that came before), when Chen Nian runs into street thug Xiao Bei (Jackson Yee) and pretty much befriends him and recruits him to be her personal bodyguard from all of the abuse she’s suffering. Naturally this turns into some nasty consequences and she and Xiao Bei are soon under fire for protecting themselves (so to speak)

The film takes a heavy look at bullying and the consequences within China (as well as the rest of the world) but it seems to be kind of glued together with two distinct tones. The first half of the movie is decidedly a drama with Chen Nian getting abuses by the children around here, complete with adults trying to cover up for the kids and saying things like “well, they’re young, we don’t want to destroy their lives”, while letting atrocities go unpunished. The second half of the film is distinctly more thriller (which is advertised on the American Blu-ray’s cover) and changes tone pretty heavily.

The film is definitely well meaning and rather good too. It shines a light very potently on a society who struggles to put up a shield of “we’re perfect, nothing to see here!” to the rest of the world and showcase some of the struggles that teens are dealing with overseas. Derek Tsang’s direction can be a bit hit or miss at times, but the film packs a heavy emotional punch to the chest and leaves you with a sense of bitter sweet sadness as the credits roll. 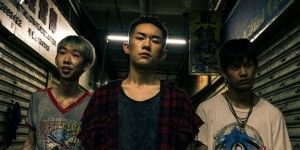 The internet (all hail the internet!) lists the cameras used for Better Days as the ever popular Arri Alexa cameras with a 1.85:1 AVC ratio’d encode for the Blu-ray from Well Go USA. The end result is a stellar looking Blu-ray, with a very natural color grading to it. Most of the time it’s very stark realistic in it’s visuals, although there are some night shots that get some green and yellow tinges, and indoor scenes with a blue hue to them. Fine details are startlingly clear, with emphasis on bruises and cuts that happen to our poor hero and heroine. Blacks are deep and inky, though sometimes the green and yellow tinges make the black look a bit murky when looking at them critically. There’s very limited banding (which is very nice for a Well Go USA release) and overall I have to say this is an incredible encode.

The 5.1 DTS-HD MA track in Mandarin (no English dub) is more than effective for the job at hand, and plays right into the hands of your typical dramatic thriller. There’s some good bass whomps when Chen is chased by some girls, or a fight ensues, but mostly this is a very front heavy mix that focuses on dialog and mild ambiance. The surrounds get some boost with a chase through a stairway, or the hum of the motorized scooter that Xiao drives, as well as the hubbub from a Chinese classroom. The front of the room takes up the rest of the weight, with great dialog and a solid front sound stage. It’s not a wild action track, but the film’s mix never aspires to be that either. It’s a simple drama with an effective mix that should please everyone.

​
Better Days is a solid thriller/drama that seems to be at odds with itself, but is still a very solid watch at the end of the day. I personally think that this will impact viewers OUTSIDE of China more than it’s native residents simply due to the fact that it shines a light on a problem not known to many outside of mainland China. It’s sweet, charming, bitter and brutally heart wrenching at the same time. It’s not a perfect movie, but it’s one of the most raw and REAL films I’ve seen come out of China in quite some time. Definitely worth a watch if the subject matter interests you.

Thanks Mike. I liked it a bit more than you but, predominantly agree.

Thanks Mike. I liked it a bit more than you but, predominantly agree.
Click to expand...

Nice to see you stop by Ralph. I saw your review and predominantly agree too. My major "problem" was this niggling feeling at the back of my viewing mind that it was a film obsessed with trying to teach a "lesson" about bullying vs. trying 100% to tell a great story.... it was COMPLETELY personal and I can see how someone could enjoy it, and another person love the movie.

as I said, I think this is still one of the most raw and actually INTIMATE moves to come out of mainland China in decades as it doesn't reek of government induced jingoism. While YMMV on levels of enjoyment, I still definitely recommend it.
You must log in or register to reply here.
Share:
Facebook Twitter Reddit Pinterest Tumblr WhatsApp Email Link