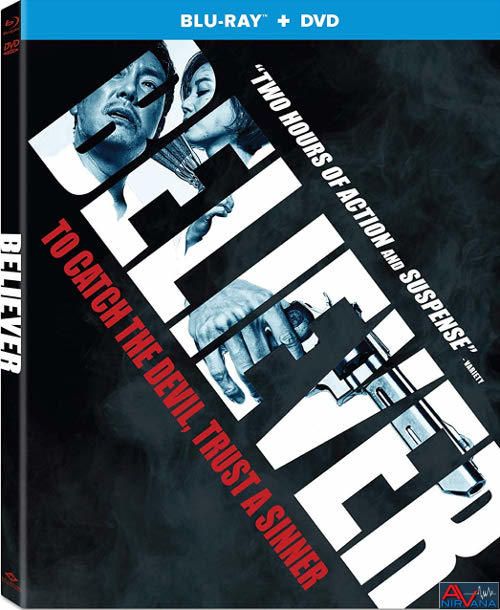 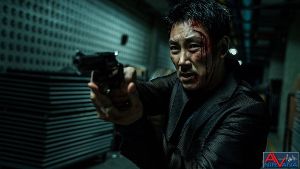 Remakes are almost a necessity in the film industry these days. There are so many movies out there on the market that being 100% inventive and unique in your offerings is almost an impossibility. There’s an old joke/proverb from the film industry that states “there are only 3 films out there, just retold in different ways”, but remakes of popular films is a habit that has grown even larger over the last 10 – 15 years or so. In many ways it really is “copying is the sincerest form of flattery”, as it proves that what you did back then was worthy of emulating, but at the same time fans can get a bit tired of the repetitiveness of seeing the same thing regurgitated. Believer is actually a remake of a 2013 film called Drug War (ironically also released by Well Go USA), and I almost missed that it was a remake. I was actually reading a review on it back when it came out theatrically and it was said in an offhand way that “this was better than the original”. I didn’t think too much about it until I was reading the IMDB specs and realized that this was a remake of Drug War, a film which I had seen some years ago and summarily forgotten about. Going back and watching both films back to back, I have to agree with the original review that I read. Believer takes many of the same beats from Drug War, but also has a major plot point twist that sets it apart and (in my opinion) makes it a superior film.

Drug War and Believer both share the same similar plot setup of a detective forming a partnership with a “is he a bad guy or is he a good guy?” character in order to track down a more elusive villain. Detective Won-ho (Jin-woong Jo) is trying track his way up the chain to an elusive drug king pin named Mr. Lee, only for his teenage druggie informant to be murdered for his efforts. But the fates seem to align for the better when Mr. Lee tries to take out his PR front, Oh Yeon-ok (Sung-ryun Kim), and she decides to give up information. Clued into something bigger, Detective Won-ho checks out the crime scene and finds a lone survivor at the destroyed drug house that was used to try and murder Oh Yeon-ok. This lone survivor, a young man named Rak (Jun-yeol Ryu), is seemingly innocuous but has a bit of a secret. He was the contact between the enigmatic Mr. Lee (whom he has never seen) and the buyers, which gives Won-ho an opportunity. Use Rak to set up a deal and track him straight back to the kingpin of crime.

Believer doesn’t really get too deep with the characters, but it’s a fun and exciting film for sure. Rak and Won-ho have to infiltrate the inner circle of Mr. Lee’s world, and it’s these interactions with the higher ups that can be wildly fun. We get to meet a mute named Brian (Cha Seung-won), who’s crazier than an out house rat (literally crazy), and a pair of mute drug cooks who have their own quirks about them. However, the deeper that Won-ho and Rak get, the more puzzling the situation gets as the detective is forced to reanalyze his relationship with his young asset, and whether or not he’s trying TOO hard to find this king pin.

I won’t spoil the big plot twist, but needles to say the opening shot of Won-ho in an icy road is just hinting at the big twist to come. It’s a gloriously well done twist, and while I saw some of it coming, the way it was handled was impeccable. The movie itself is a stand out midst a sea of weaker Asian offerings from the last year, and while it won’t stand up to classics like Infernal Affairs, Believer is a very solid entry into the world of Asian thrillers, and one of the better done Korean ones at that.

Believer is another in the ever growing line of modern movies that are shot with the various Arri Alexa digital cameras, and the results really are spectacular. From what I could research the film was shot with a variety of Arri cameras and then mastered with a 2K digital intermediate for home video, with the typical Asian color gradings that lean towards slate blue and ash gray. However, the clarity and sharpness of the film is actually quite remarkable. The grading is not overly done and the amounts of details and primary colors bleeding through are jaw dropping at times. A red shirt from an informant pops off the screen early on, as does bright maroon blood and the shimmering curves and features of the shiny cars in the opening scene where detective Won-ho finds his near dead informant. Blacks are deep and inky with tons of shadow detail, and the glossy looking image really shines in 1080p. My only complaint is that there is the typical Well Go USA banding that shows up every once in a while to keep the score from a perfect 5/5.

If the video is ALMOST a perfect 5/5, the audio certainly doesn’t give us any doubt as to the fact. The film starts out with an aggressive pulsating rumble of LFE, and the 5.1 Korean track pulls NO punches throughout the 2+ hour run time. Dialog is clean and clear at all times, but the surrounds and the mains get to do a LOT of action oriented stuff, which creates a wildly immersive sound stage. The explosion that nearly takes Oh’s life at the factory actually made me jump out of my chair, as the force and encompassing use of the surrounds was jaw dropping. Gunshots ring out with authority, and the entire film just FEELS like it’s circling around you, even without the added benefit of Atmos of DTS:X to created that pinpoint precision. 5.1 tracks may seem antiquated to us home theater aficionados, but it still can create a top notch listening experience, which Believer has most certainly done here.

Believer is a big step up from some of the mediocre mainland Chinese fare that Well Go USA has given us lately. I’ve always been a fan of the Korean thrillers, but they have really stepped up their game lately and have been rivaling the older Hong Kong films of the 90s in many ways. Believer is not always a perfect film, as it doesn’t really flesh out the characters too much, but it is a visually exciting film with a lot of tension and plenty of action to go around. The amazing audio and video scores make it all the more appealing with the only weak link in the chain being the typical lack of extras. Don’t let that little thing dissuade you though, as Believer is a fun action/thriller that is actually slightly better than the 2013 Drug War that it remakes. Check it out