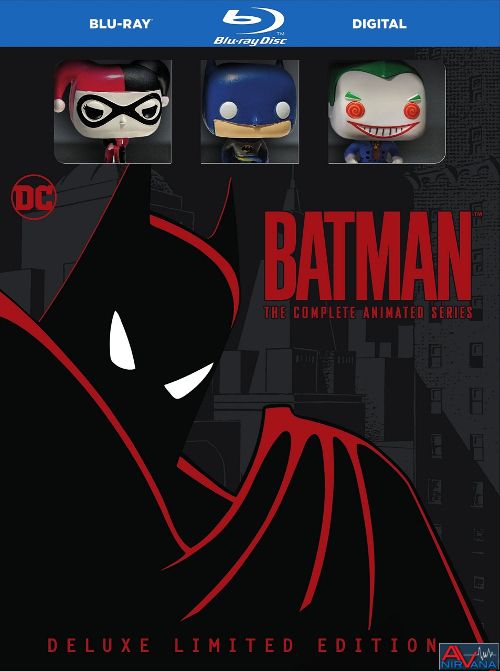 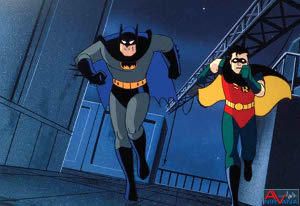 Movie
Before the Tim Burton era the cinematic version of Batman were mostly based around the goofy 1960s TV show, and the animated works were just as lighthearted and silly for the most part. While I will not say that Tim Burton’s Batman with Michael Keaton revolutionized the public’s views on Batman, but it DID alter the perception enough to allow for a darker, more serious Batman to arise from the ashes. While most people consider Christopher Nolan’s Dark Knight trilogy to be the crème de la crème of grounded Batman mythology, Bruce Timm introduced the world to one of the most iconic variation of the character, all ushered in by the paradigm shift of dark and gritty that Tim Burton ushered in during 1989.

Batman: The Animated Series is widely hailed as the single best animated version of Batman and for good reason. It was during a time period when cartoons and Saturday morning shows were allowed to introduce more “mature” content. The series was not just a kids show, but it very seriously delved into the twisted psyche of the Dark Knight and peeled back the onion layers that is his rogues gallery. In fact, the rogue’s gallery is one of the biggest draws of the series. Not only did we get to enjoy watching Batman (Kevin Conroy) beating the tar out of Man Bat, Clayface, Killer Kroc and countless others, but the show actually delves into their backgrounds and motivations as much as they do the title character. Mark Hamill was mainly known for basic voice acting and as Luke Skywalker, but nowadays he’s known just as much for the single best portrayal of the arch nemesis of the Dark Knigh, the Joker himself (sorry Heath Ledger, you were good, but Mark is still my idol when it comes to the clown prince of crime). 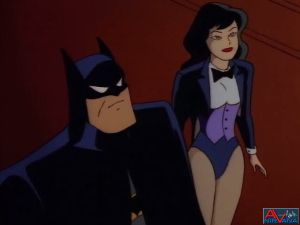 While it’s dark, sometimes brutal for the times, and incredibly well voice acted (except some of the background characters. They show off the same old cracks and weaknesses that come from 8 or 10 guys playing dozens and dozens of background characters), but it allowed for a cohesive serialization of the show that extends farther than the original three seasons (Batman Beyond picks up years later, and would have made an incredible addition to the show, but hopefully someday it will get it’s own Blu-ray release). Conroy is now so popular people can’t seem to book him at enough comicons, and the series ability to hit hard and pull not punches with some seriously depressing story lines, marks it as one of the iconic 4 DC series of the 90s (Spiderman: The Animated Series, Superman: The Animated Series and Batman Beyond rounding out the 4)

This new 12 disc set is wildly impressive if you look at it critically. Take out he little action figures, and the little booklet, and the 7 postcards, the set is completely content rich as well. 9 of the discs are designated to the series itself, but there is also a 10th disc of special features, AND the final two are the made for TV (and theatrical) movies Batman: Mask of the Phantasm and Mr. Freeze: Subzero, which were only available in Warner’s MOD program, through Warner Archive. All locked in one set, this 12 disc set makes for an IMPRESSIVE addition to any Batman lover’s collection, and the quality of the set itself is quite amazing. One thing to note. The series comes with a digital copy (the set was delayed and enhanced with them), but they originally were redeeming as SD only, something which Warner appears to be working on as people across the web are reporting that they are being upgraded to HD as we speak. 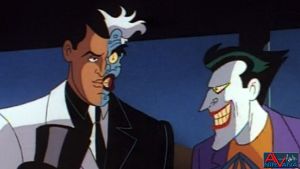 Let me start out the analysis of the video by saying “whoaaaaaaaaaaaaaaaaaaaa” and getting that out of my system. I owned the old Warner Brother DVD boxsets of the series the day they came out and never really been impressed with them. They were oooookkkk for the time, but dated with lots of print damage and some nasty compression. They’ve always just sufficed so I was a bit nervous when Warner Brothers announced that the series was getting remastered and touched up for Blu-ray, as I wasn’t sure what shape the source material was actually in. Needless to say, while there’s some flaws that are inherent to the source copies, this is light years ahead of the old DVDs and an actually really impressive look for the show. Right off the bat the show looks head and shoulders better, framed in it’s original 1.33:1 in the AVC codec (1.78:1 for the theatrically styled Batman: Mask of the Phantasm movie found in the set) and lovingly restored. Details and clarity are simply stunning, showing off all kinds of visual improvements in terms of textures and little nuances. The hand drawn animated lines look incredible, showing no signs of digital jaggies and haloing. Blacks are deep and inky, and the shows colors have been retuned and polished to a more earthy tone (the DVD always looked faded and sort of blown out at times).

There ARE some caveats to the great improvements, and those seem to be source related. There’s still some print damage here or there, with little speckles and debris popping up throughout the show. Also ,when in complete darkness there’s some intermittent flickering of the shadow and the grain levels or noise levels seem to spike a bit. The very first episode seems to be the worst in that regards, but it comes and goes throughout the three seasons. Still, overall the good outweighs the bad by a large margin of error and I wouldn’t hold them against the series at all, as it is a huge improvement over what we have and an actually impressive disc by 1080p standards to begin with. 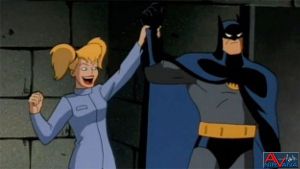 While simplistic, the 2.0 DTS-HD MA track is also a nice improvement over the old DVDs. Since it was recorded for television broadcast in the early 90s it’s no surprise to not see a 5.1 track (and I’m really glad they didn’t give it a fake remix either), but the 2.0 mix is more than sufficient. The ambiance is great, with the moody opening score blasting through on both cylinders, and the dialog is crisp and cleanly replicated in the mains. There’s some good sound effects in the show, and the disc’s audio is cleanly replicated all the way across. It’s not going to be a wild track, but for a 2.0 track the extra robustness of the lossless audio put a smile on my face. 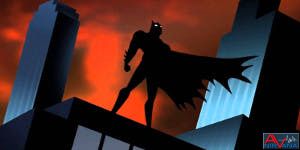 • Batman: The Legacy Continues Retrospective
• Audio Commentary: For "Heart of Ice:"
• Tour of the Batcave

• Audio Commentary: For "Almost Got 'Im:"
• Voices of the Knight

• Audio Commentary: For "Over the Edge:"
• Arkham Asylum: Examine the Top-Secret Case Files of the Dark Knight's Many Foes

Batman: Mask of the Phantasm

• The Mr. Freeze Saga Episodes - In Chronological Order
- Heart of Ice
- Deep Freeze
- Cold Comfort
- Meltdown (From Batman Beyond)
• Art of Batman - Music Montage
• Get the Picture - How to Draw Batman
• Trailer

Batman: The Animated Series is a seminal bit of Batman watching material and probably the best iteration of the character on the small screen outside of Nolan’s trilogy. Kevin Conroy was THE voice for Batman for well over 2 decades, and even Mark Hamill made such an impression as the Joker that most people know him for that as well as being Luke Skywalker in the Star Wars universe. The new boxset is an impressive jump over the old single seasons we have had for years, boasting new transfers, lossless audio, and extra bonus disc worth of HD special features, AND the inclusion of the two animated movies Mask of the Phantasm and Mr. Freeze: Subzero that was previously only released through the Warner Archive MOD (manufactured on demand) program. For the price this is a steal of a set, and the quality well worth getting for fans of the show. Highly Recommended.