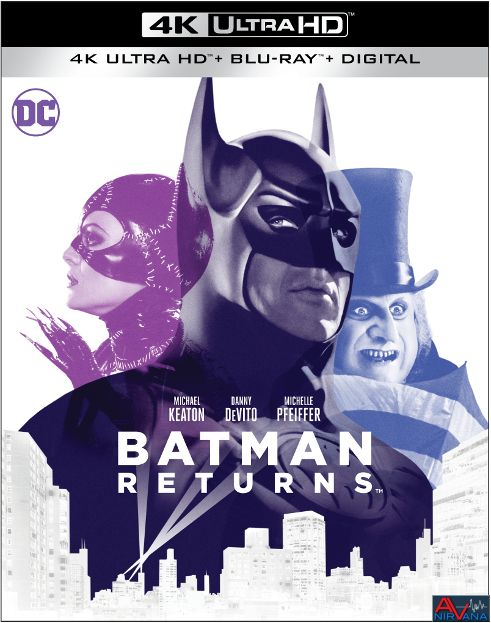 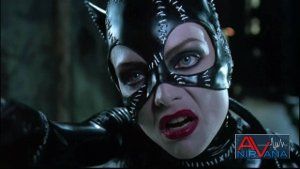 Movie
After the massive success that Batman 1989 was, it was only natural that a sequel was going to be greenlit, with Tim Burton still behind the wheel. Although, no one could predict how off the wall Burton would get for the next film, and would be kind of amusingly called “going full Burton” for years to come. Batman Returns came 3 years later in 1992 and people were knocked back into their seats with a return to Gotham City, now even zanier than anything the Joker could have thought up as Burton gleefully swept the landscape with his trademark slapstick humor and gothic look. The backdrops of Gotham are a bit less Neo Noir this time around, and the plot is a step down from the 89 film, but Danny DeVito and Michelle Pfeiffer breathe life into an otherwise mediocre script to bring two of the most iconic Batman villains to life.

Businessman Max Shreck (Christopher Walken) and the evil Penguin (Danny DeVito) team up to rid Gotham city of the nuisance known as Batman (Michael Keaton) once and for all. However, their criminal mastery is semi thwarted when Shreck’s diminutive secretary Selina Kyle (Michelle Pfeiffer) discovers their plans and is shot as her punishment. Reborn through the power of a few stray felines, Selina dubs herself Catwoman, and has her OWN plans for the Batman. Batman himself is beguiled by the anti-hero/soft criminal that is Catwoman, and even though Penguin believes that he’s using her to get to Bats, it’s actually she who’s using HIM for her own plans. 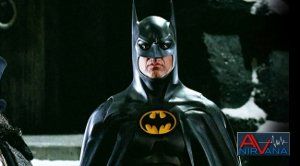 In 1992 the world really wasn’t ready for Batman Returns. Super Hero films were just taking off as a serious medium, and Tim Burton’s normal idiosyncrasies weren’t fully revealed in the 1989 film. But with Returns, Burton was given much more leeway to do what he wanted, and he did exactly that. The world of Gotham is a weird sort of “clown world” visage, with villains being more over the top than before, and the world feeling like a satirical take on our would, complete with harsh criticisms of authority. Audiences were shocked and repulsed by Penguin, who is less an aristocratic villain as in the comics, and more of a monster who who carries over some of his parents abuse on his shoulders. DeVito literally OWNS the character of Penguin, and while it’s a change of pace from his historical appearances, this Penguin is a disturbing, scary, and twisted villain that’s almost as much of a match for the caped crusader as Joker was.

I personally think that the success of Edward Scissorhand (which was made between Batman and Batman Returns) had some influence on how Burton handled Returns. Edward Scissorhands is a bizarre fantasy that gained a cult following rather quickly, and I think Burton thought audiences would be more receptive of that sort of twisted fantasy in the Batman franchise. In some ways he was right, but he also may have misjudged the film’s potential success as Batman Returns still is one of the most divisive films in the original Batman film anthology. It’s darker, gorier, more sexually driven, and generally “weirder” than the rest. That being said, I really like Batman Returns. Keaton, Pfeiffer, DeVito and Walken are on top of their game, and their complete and utter absorption into their roles is what sells the movie past the Burton craziness. The sensual temptress/temptee relationship that Batman has traditionally had with Catwoman is sooooooooo much more believable than the Nolan take, and Pfeiffer just dominates the screen in a way that no other iteration of Catwoman on screen has (I’m not going to recognize that the Halle Berry Catwoman even exists, so don’t ask). There’s some flaws to the film, but it’s an overall fun flick that is almost as good as the original.

Once again Warner Brothers graces us with a full remaster of the 1992 sequel to the 89 Batman, and like its predecessor, sports a newly mastered Blu-ray included in the combo pack. This disc is another stunning jump in quality over the VC-1 encoded Blu-ray of old, and once again is in it’s theatrical 1.85:1 framing instead of the 1.78:1 open matte that we had before. To say that the film is a huge upgrade over the previous releases is an understatement. Right off the bat I noticed that the use of HDR and color timing makes for a brighter and more robust image, getting rid of the flat and grimy look of the previous master. The clarity is stunning, with every line on Catwoman’s outfit, and ever greasy crease in Penguin’s face showing up with perfection. The black levels are deep and inky, with tons and tons of detail in the gothic looking city of Gotham, while still maintaining a strong depth of darkness.

Some scenes show a dramatic tonal shift with the color saturation levels, but overall it’s still the same film, and still the same look, just with a DRASTIC increase in color tone and depth thanks to the use of HDR. The blues and reds of the party near the beginning is amazing, while the blacks still show that inky and silky look that just feels like you could get lost in them. Facial details are incredibly nuanced, and the backdrops of Gotham City show off nuanced textures along stone walls, and of course some of the practical effects show up a little TOO well sometimes. The source resolution of the master really shines here, as you can see EVERYTHING more clearly. Things that were a little soft and smooth on the old Blu-ray are razor sharp (look at the detonator button. it’s dull and glossy in the VC-1 encoded Blu-ray, but on the 4K it’s bright red, sharp and you can see the crinkles in the plastic). Overall this is an amazing jump in quality and well worth watching if you’re a fan.

Naturally the Blu-ray is also a large leap over the VC-1 disc of old, although it is not as sharp or showing the benefits of the HDR that the UHD disc enjoys. Still, if you don’t have 4K yet, or don’t plan to get it, the package is worth it for the Blu-ray alone and would still be considered a healthy upgrade over the old Blu-ray.

Unlike Batman, Batman Returns appears to be the theatrical mix just turned into an Atmos track, which is a big plus considering the revisionist tactics that were used on the previous film’s mix. The track is resplendent with a spacious feeling that is heard from the opening musical swells of the track and reverberates throughout the rest of the mix. Vocals are crisp and cleanly replicated up front, while the use of overheads and surrounds is done impeccably throughout the gothic city. The opening scene in the snow streets is rife with surrounding activity, ranging from scraping footsteps in the rears, the swoosh as Batman leaps from above, as well as the guttural roar of the Batmobile. Motorcycles whiz around the sound stage, and Penguins stooges attacking show incredibly immersion from all directions. The sounds of the circus are light and airy, while being nimble and shift directions at a moments notice. The explosions in the last act of the film carry some serious weight, but the mix was never designed with modern LFE sensibilities (e.g., over cooked bass that we love so much), but it is precise and punchy in the mid range.

• Audio Commentary: Director Tim Burton.
• The Bat, the Cat, and the Penguin
• Shadows of the Bat: The Cinematic Saga of the Dark Knight Pt. 4 - Dark Side of the Knight
• Batman Returns: The Heroes
• Batman Returns: The Villains
• Beyond Batman
• Music Video: "Face to Face" by Siouxsie and the Banshees.
• Theatrical Trailer

Batman Returns is not AS good as Batman, but I think it gets maligned a little bit TOO much. Tim Burton goes all out crazy in this one, but still maintains the feel and tone of the original, while amping up the insanity that Penguin brings. A lot of people complained back in the day that Batman Returns was a bit too sexual with the tension between Batman, Penguin and Catwoman, but it really does work in a sleazy Neo Noir sort of way. The lunacy is a fun change of pace, and no matter how much of a drop that it is from the first movie, it will be light years ahead of the next two films. The 4K UHD disc is once again a massive upgrade in both audio and video over the old Blu-ray set, and the extras are copied over from that set as well. Highly recommended.