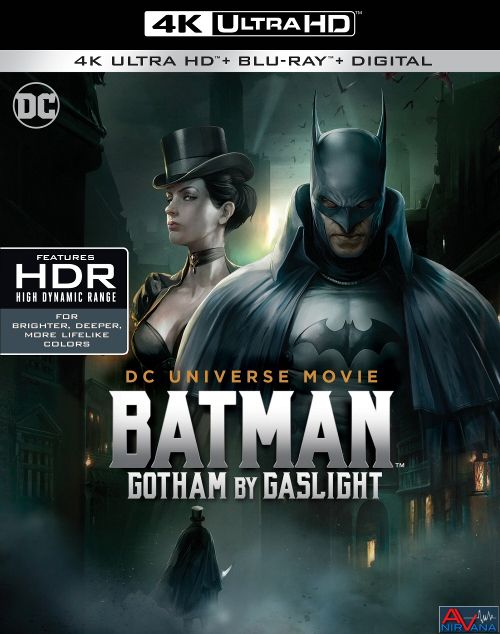 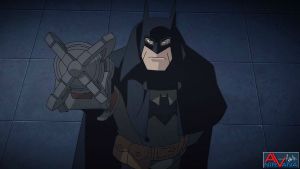 Movie
As a long time fan of the DC comics growing up, I have a huge love for Batman. I’ve watched everything from the 1960s TV show, to the old 50s serials, to Joel Schumacher running the series into the ground with cartoonish cheese. He’s been a staple of American life as much as Baseball is, and while I love the general “standardized” storylines that WB and DC have been putting out lately, the Elseworld comics (a series of one offs that are a giant set of “what ifs” or fantasy tales based upon modern comic book heroes) have some really fun stuff to work with. Gotham By Gaslight was originally a one-off graphic novel that came out in 1989, and put Bruce Wayne and many of the give “names” from his universe into an 1889 setting where Gotham has been set up on by Jack the Ripper. It’s a unique little story that was one of my favorite graphic novels growing up, so I was super nerdy excited to see that WB was bringing it to life as a fully R-rate feature film. Now, I was also slightly reticent, as the R-rated DC movies like The Killing Joke or Justice League Dark have not all been met with critical praise. However, Batman: Gotham by Gaslight manages to stick close to the original feel of the story and creates an alternate universe Batman that is a lot of fun to watch.

Lets go out of Gotham proper and take it back to the late 1880s. Gotham is a British/American hybrid of a town that is having a bit of problem. While the city is hosting the world fair for everyone to come and enjoy, a monster is traversing the streets at night. His name has become known as Jack the Ripper, and his slaughtering of street walkers and women of loose morals has become a problem. No one knows exactly who he is, but some theorize he is the masked Vigilante known as The Batman (Bruce Greenwood). Police Commissioner Gordon (Scott Patterson) is trying to put the connections together, but it’s all a bit mysterious as everyone seems to have an Alibi. Even though the public is wary of him, Batman has an alibi as well for the nights of several murders.

Young stage actress, Selina Kyle (Jennifer Carpenter) creates the perfect opportunity for Batman to finally face the monstrous man, but he ends up getting away when he proves to be a bit much for even Batman and capable woman (who has a few secrets of her own). As Batman slowly tightens the noose around the killer, her beings to realize that not everything is as it seems, and even your best friends may end up being your worst nightmare. A fact made evidently clear as prosecutor, and friend, Harvey Dent proves that not all who wear the mantle of law and order are as innocent as they seem. 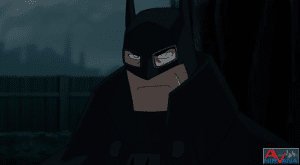 Gotham By Gaslight may have the feel and essence of the graphic novel, but it is a HUGE deviation from the source material in terms of content. Sam Liu and crew have taken many of the plot points from the comics and infused with Sherlock Holmesian and Steam Punk trappings to create something totally unique. If you’re coming from reading the comics, don’t worry, you won’t know how it ends as the person who actually was Jack the Ripper in the graphic novel isn’t even IN the movie. With that being said, I was rather pleased with how it turned out. It isn’t a blow by blow replication of the novel and works well as it’s own alternate reality story of the Elseworlds tale.

The movie is full of name drops and hints to actual Batman characters from the storyline proper (the three orphans that help Batman are named Dickie, Jason and Timmy, little nods to the first three Robins) and even characters that we all know and love are similar, but never exactly like, their counterparts in the canon of the show. My only complaints with the movie stems from some stodgy voice acting. I like Bruce Greenwood as an actor (you may know him as Admiral Pike from the new Star Trek films), but his portrayal as the iconic detective/crime fighter feels a bit “off”. Jennifer Carpenter does an admirable job as Selina Kyle, but the rest just fade into the background. It’s nothing major or anything, but the performances just don’t feel as great as Kevin Conroy or Jason O’Mara (who has really grown on me). 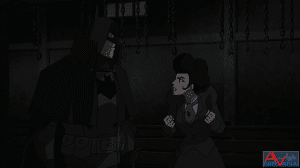 This is actually the second 4K UHD disc that the Warner/DC animated films have attempted, with Batman & Harley Quinn being the first. That particular film really showed no visible improvements over the Blu-ray, but this newer try is actually a pretty good improvement. The animation style that was used for these films doesn’t lend itself or massive leaps in quality between the formats, but A/Bing the two disc side by side it’s pretty obvious which one is the 4K disc, and which is the Blu-ray. The 4K is a lot less mushy and soft with the animated details, and the use of HDR helps in minor ways with the sharply bright reds and greens that sometimes pop up (such as Selina Kyle’s red dress). Fine detailing isn’t as different, but the black levels are deep and inky and the mild banding that was present in the Blu-ray is almost gone here. 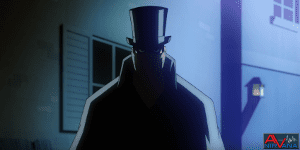 Gotham by Gaslight uses the same 5.1 DTS-HD MA track for both the Blu-ray and the 4K UHD, so this portion of the technical review will be the same across both formats. The 5.1 mix is a pleasing one that can be quite laid back, but also quite aggressive at times. The more forward heavy portions of the movie tend to be with the copious amounts of detective work that Bruce/Batman has to do to figure out WHO Jack the Ripper is, but the action bits get really aggressive and fully immersive in regards to the surround usage. LFE is tight and powerful, adding weight to the punches and kicks, as well as the rumbling of a burning fire during the final confrontation. Vocals are well defined and locked up in the front, evenly balanced with the action of the track as well as the quieter moments. 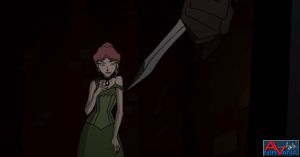 • "Caped Fear: The First Elseworld" (Featurette) – Batman in the distant past of Gotham, at the crossroads of where the Gothic 19th century meets the modern age. Jack the Ripper, clashing with Gotham and its ruling elite. The documentary traces the influence of the comic book story, and why Gotham by Gaslight stands the test of time.
• Batman: Gotham by Gaslight Audio Commentary – Join Executive Producer Bruce Timm, Director Sam Liu and Writer Jim Krieg as they provide details about the scenes of Batman: Gotham by Gaslight and why this is a special project for each of them. Listen in for all things Batman: Gotham by Gaslight, and immerse once more into this dark and Gothic world.
• A Sneak Peek at the next DC Universe Movie, Suicide Squad: Hell To Pay: A behind-the-scenes look at the next entry in the popular series of DC Universe Movies, featuring thoughts from the talented filmmakers.
• From the DC Vault – "Showdown" episode from Batman: The Animated Series; "Trials of the Demon!" episode from Batman: The Brave and the Bold.

Gotham by Gaslight really earns its title as an Elseworld’s tale, with it’s nurture vs. nature storyline, as well as a huge deviation from the canonical plots that DC and WB have been pumping out for the last several years. The movie has a few flaws, but overall is a very enjoyable R-rated batman movie (even though it’s pretty dark, I never truly felt like it NEEDED the R-rating, except for a couple splashes of blood and some short language), that uses what we think we know about certain characters and personalities to craft a mystery that actually comes out of left field to surprise us. Warner’s Blu-ray is very satisfying in the technical department, and even has some rather nice extras to enjoy. I definitely recommend it for a good watch.