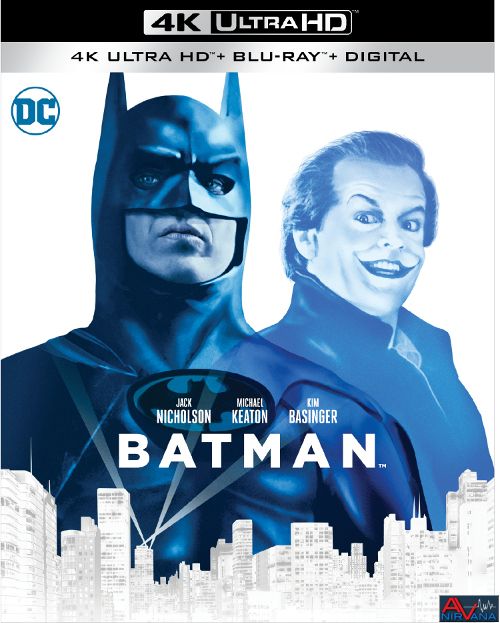 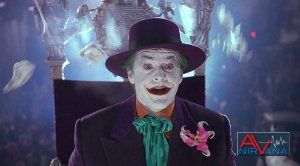 Movie
Back in 1989 comic book films were not the juggernauts that they are today. Today they’re a multi film a year blockbuster money making machine, with hundreds and hundreds of millions of dollars of backing and raking in over a billion a film (many times) with each new entry into a multilayered shared universe. Back in 1989 it was a risky endeavor, with most comic book films being laughable jokes (think the Captain America films, or even the Fantastic 4 debacle), and a serious Batman movie was almost unheard of, as most people were familiar with Adam West’s goofy impression of the dark knight. However, Tim Burton and Warner Brothers took a massive risk making a Neo Noir film about the caped crusader, bringing him back to his serious roots and crafting a super hero film that has stood the test of time some 30 years later. Even though I enjoy Nolan’s Batman films, I still have a massive love for Batman 1989, and consider it to be one of Tim Burton’s best films, AND one of the better Batman films out there. Sure, it has rubber suits, a wonky Bruce Wayne (Keaton made a phenomenal Batman, but only a decent Bruce Wayne), and it’s not super “realistic” like Nolan’s films were, but it has a charm and excitement that makes it feel like it leaped right off the pages of a 1980s comic book.

Warner is releasing the film set as another “Anthology” set later on in the year (September of 2019), but for now we can actually pick up the individual films this week (the Anthology set is nothing but these 4 releases put inside of a chipboard slip box), and while the cover art is HORRENDOUS (Sorry Warner, whoever did these covers needs to be fired, or at least beaten severely), the film itself is a blast, and still a bonafide classic complete with all of the extras and special features from the tricked out Anthology set.

Gotham city is a crime infested rat hole on the decline, but a new player is in town. The entire criminal underworld is scared spitless about a monster who sucks villains dry of their blood, tears them apart and leaves no prisoners (at least that’s how the stories go). They call him “the Bat”, a mysterious creature who flies in and out at will, terrorizing the would be scumbags that plague the city. Yes, we all know who is he now, but Batman (Michael Keaton) is the ultimate warrior in a city gone bad. By day he’s the billionaire playboy known as Bruce Wayne, but at night he dons a cowl and costume to fight crime in a rubber suit. 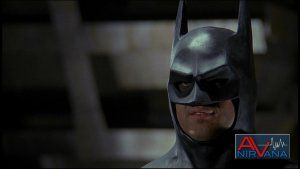 However, the caped crusader meets his match when he accidentally knocks a crime kingpin named Jack Napier (Jack Nicholson) into a vat of chemicals, inadvertently turning the vicious crime lord into a mentally unstable character known as the Joker (named such by the chemically induced smile that adorns Napier’s face), who unleashes a reign of terror on the city that even Batman is unprepared for. With the help of and intrepid reporter Vicki Vale (Kim Basinger), Batman sets out to end the Joker’s reign of terror and bring Gotham City back to its senses before it’s too late.
Batman 1989 is a fantastic super hero film, and one of the more “comic booky” adaptations out there. Before this film super hero movies were kind of a joke, and while this iteration isn’t as dark and serious and angsty as Nolan’s vision is, it takes a much more brooding and darker tone than any super hero film at the time. Keaton is absolutely INCREDIBLE as Batman (In my opinion he’s THE best Batman to date in live action), but he’s a bit too “soft” as Bruce Wayne. I don’t know what it is, but Keaton wasn’t as polished and as Val Kilmer or even Christian Bale was. He felt more like your uncle or dad than a playboy Billionaire. Basinger is Basinger, but Jack Nicholson really steals the show, hamming it up as only Jack Nicholson can do. Looking back on the character it’s pretty obvious that his Joker was more Jack Nicholson in face paint than Ledger’s phenomenal performance, but it’s still an engaging character and Nicholson’s lunacy works well for the film. 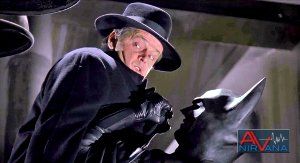 Batman 1989 has not only been put on 4K UHD, but also undergone a full remaster that has been applied not only to this disc, but also the Blu-ray included in the combo pack! Which is a bit double edged, as it’s great that a remastered Blu-ray is included over the aging boxset Blu-ray, but that means those who haven’t bought into 4K yet will need to buy these 4K combo packs (or the upcoming boxset in September) to get the remastered Blu-rays, as Warner has no intentions of re-releasing the Blu-rays with these remasters.

Still, the upgrade is WELL worth the price of admission in my opinion. Tim Burton and cinematographer Roger Pratt created a Neo Noir film that is bathed in dark shadows and Tim Burton’s typical gothic look (something which applies to Gotham VERY well). Matte paintings may act as the backdrops, but the entire film is just gorgeously resplendent with the various juxtapositions of color and darkness, which is made all the more jaw dropping with the 2160p HDR presentation. The image is has been darkened just a bit (I’ve seen some online chatter saying they felt that the UHD has been brightened, but I have to disagree. The old Blu-ray looks almost blown out in comparison), and the visual detail improvements are enormous. The curves, lines and features of the Batsuit are all the more impressive, and the before mentioned matte paintings look almost lifelike in their presentation.

The biggest improvements are not just the detail levels, but the improvements to contrast, shadow depth and the colors that dot the darkened landscape. The film is heavily HEAVILY shadowed, and the use of HDR allows for some of the silkiest and deepest looking shadows that I’ve seen in a Batman film to date. While there is mostly shadow throughout the film, the Joker’s bright makeup and white face paint, combined with his garish costumes act as a foil counterpart for all of the dark and brooding shadows, and there are even some warmer moments inside of Wayne Manor where mahogany wood shines through with some nice earth tones. Contrast levels are evenly balanced and the skin tones are simply fantastic (although I did chuckle at the “raccoon” makeup around Bat’s eyes that is all the more prevalent in this higher resolution look).

Strangely enough, this is one of the few times where Warner Brothers hasn’t open Matte’d the 1.85:1 theatrical aspect ratio up to 1.78:1 like the previous releases. These are given the theatrical 1.85:1 AR on the 4K disc (and the remastered Blu-ray), and while it’s never been a big deal for me when Warner has opened up those tiny slivers of black bars to “full screen”, but it is nice for the purists to know that it’s back to the theatrical AR. 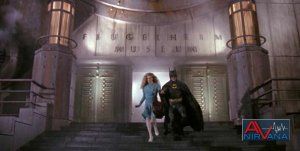 Not only is the video remastered, but they have included a new remixed Dolby Atmos track as well as 5.1 Dolby Digital track to listen to (the 5.1 mix is just a folded down mix of the Atmos track). HOWEVER, this is a bit of a double edged sword. The new Atmos track sounds great in many ways, but it is NOT the original mix of the film that was present on the older Blu-ray. Instead Warner brothers have changed sound around and have integrated different tones and sounds as well, such as the gunshots sounding more modern, and some of the fisticuffs sounding way different. Purists will definitely baulk at it simply due to the fact that Warner wasn’t even kind enough to include the theatrical mix into the disc (or the Blu-ray) at all.

That being said, the Atmos track is absolutely fantastic from a technical stand point. The track has never sounded more spacious and wide, with the sounds of Batman leaping down from above a villain resonating throughout the overheads, and Danny Elfman’s score flowing effortlessly throughout the sound scape. The individual clarity to each tone and sound in the film is precise and clean, with gunshots ringing out with authority, and the swoosh of the cape even having it’s own distinct nuances. The LFE is powerful and throaty when Batman fires up the Batmobile, and while’ it’s not a thundering, roaring, type of track at all times, the action really benefits from the added weight on the low end. Dialog is crisp and cleanly replicated, and the overall balance of the mix is impeccable. Dialog centric scenes are quiet and reserved, yet the action can explode onto the screen wit ha vicious ferocity that doesn’t overwhelm the listener. Again, I have some reservations about the lack of the theatrical audio mix (and the only reason I'm knocking off a half star to 4.5 instead of 5), but that is the only issue I have with the track, as the Atmos mix itself sounds great.

Batman 1989 is probably one of my favorite Super Hero films of all time, and one that I’ve watched and re-watched dozens of times. The set pieces for the film are amazing, and Keaton made one of THE best Batman’s I’ve ever seen (although, his Bruce Wayne always felt a bit too “Mr Mom” for me). This new remaster is absolutely STUNNING to see and when I say that it is worth the price of admission for the discs, I really do mean it. The increases are very noticeable and the Atmos track is fantastic as well (minus the changes to the theatrical mix, which is a frustration). The Extras are the same from the older single release as well as the Anthology set from a decade ago, but those were incredibly beefy extras back then, and remain so. Highly recommended and well worth picking up, whether it be the single film, or the entire box set that comes out in September (for some reason Warner didn’t release the box set at the same time as the singles).