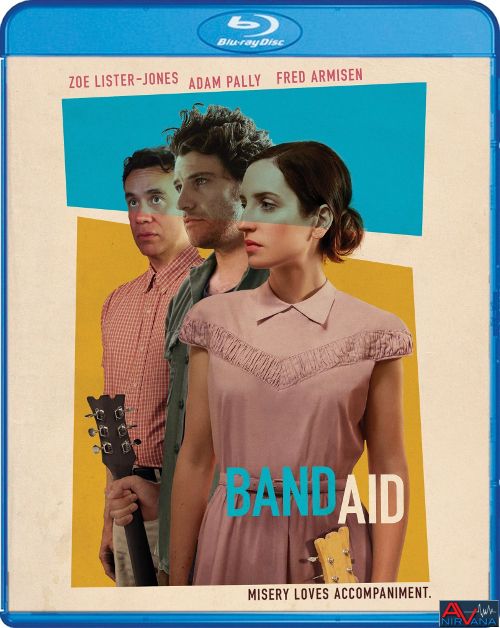 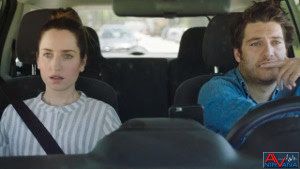 Movie
Zoe Lister-Jones has been the indie darling for a while, but has had a bit of a problematic career in the indie world. Usually she’s stuck playing best friends, or colthearted individuals with little redeeming value, and usually that’s what she’d going for. Her writing end of the table gave us Lola Vs., which was one of the single worst movies I had seen 5 years ago. It was patently cliched, with mind numbing characters that really stretched ones patience. Fast forward 5 more years and Lister-Jones has moved up in the world and has decided to combine her acting, writing, and now DIRECTING (for the first time) in a project all her own. Band Aid plays much to her strengths, as the film is ripe with cliches and stereotypes, but there is also a rather powerful message lurking under the surface. The problem is you have to wade through her typical character cliches to get to the actual meaning hidden under said surface, and by the time you get to it the movie is nearly over.

Most love stories and romances play out like your average super hero film. We have an origin story for our two lover birds. One which lays the groundwork for the future conflicts and fights that will inevitably lead their stereotypical ending, and is filled with growing pains along the way. However, Band Aid starts years after the twitterpated feelings run out and reality has grabbed ahold of the couple. Anna (Zoe Lister-Jones) and hubby Ben (Adam Pally) are stuck in a bit of the marital doldrums. Ben has lost his job (again) and makes do by creating logos for small businesses, while Anna is weeping for her failed past as a writer by driving Uber to make ends meet, and the two are really feeling the strain. Ben sits around 90% of the time playing video games and moping, while Anna watches the dishes pile up and internalizes her anger over the whole issue. It doesn’t help that Ben has pretty much lost all sex drive, and his poor wife is feeling isolated and alone as a result, watching their marriage slowly slip into a mindless sea of numbness.

When the couple’s therapist suggest that they find an outlet for their personal frustrations, Anna comes up with the idea to stop fighting, and turn all of their fights into songs. Thus a garage band named “Dirty Dishes” is born, and the couple even rope their neighbor Dave (Fred Armisen), a struggling sex addict, into the group as the drummer. Soon the couple’s relationship seems to begin an uphill journey, as the two use the outlet to vent their rage and decrease the tension, but that uphill journey can only get so far, until the couple decide to deal with the actual 800 lb gorilla that is in the room. A secret that the audience guesses way before the movie decides to actually spill the beans.

The film’s over arching theme is about communication. Something which the two people had not been experiencing for quite some time due to a distant tragedy that threw their little worlds into a tizzy. The arguments and sarcasm dripping jabs are just symptoms of the disease, but their musical time together (even if oddly disturbing) serves as the couple’s own version of therapy. Easing pain that has crusted over and turned into hardened scabs for so long, allowing a little bit of healing to happen underneath the surface. At least enough healing for them to rip the softened scabs right off and get to the actual festering wound underneath.

There’s a sweet message underneath, but you have to wade through so many of Zoe Lister-Jones’ cliches about married couples that it takes up 2/3rds of the film. Lister Jones plays off Ben and Anna with your typical married people cliches. The man has gained a bit of weight and is lazy, while the woman is a snipe who nags and nags constantly. Even their fights revolve around dishes, sex and disrespect. Many scenes also feel oddly at war with each other. Such as Dave and his “friends”, which are played for laughs, while others (the big reveal comes to mind) is bleak and harshly painful, so the blending of the snarky humor with the bleakness doesn’t always come across as intuitive to the viewer. Sometimes you’re sitting there wondering if you’re supposed to laugh at a line, or nod empatheticly, as the humor and the serious drama are both harshly painful many times.

In a frustrating trend recently, I seem to not be able to find out WHAT cameras were used to create the film, but everything about the shoot looks decidedly digital. The indie flick is bathed in a sort of sallow yellow hue, one that seems to suck a lot of color out of the film besides tans, browns and sickly yellows (a strange commonality among many indie films), and this gives the image a slightly flat look. Also a modern fad, we see the whites and bright levels blasted to the point of blooming into a surreal dreamlike state, which is amplified in bright and sunny locations. Dimmer shots indoors still show the boosted levels, which dulls the black levels just a bit. Detail is satisfactory, and the slightly hazy, dreamlike state of the film gives solid detail levels, but it never really excels.

The audio is your very straight forward dramedy track. The dialog is the mainstay of the experience, with some solid panning effects during the musical numbers at the open mic night to liven up the sound stage a bit. Vocals are well replicated, and are anchored firmly up front in the center channel, and I didn’t notice any major distortions or imbalances in the mix. Surrounds are mainly used when the songs are in play, otherwise a majority of the mix is well placed in the front end. Bass is also an accompaniment to music, otherwise it fades into the background and is fairly innocuous.

Band Aid works on a primal level, but It also seems too intent on explaining everything a bit TOO much to the audience, especially in the rather ambitious final act. There you have Ben’s mother explaining to him in great detail how women work, and Anna realizing how men work in great detail. I liked the two characters, and they worked well together, but the reliance on overly used cliches is something that Zoe Lister-Jones has done way too much in the past, and they bleed over into her first directorial job as well. The Blu-ray itself looks and sounds good, for an Indie film, but the extras are a bit slim. If you’re a fan of Zoe Lister-Jones, then I’d say this is her best work yet, but for those who aren’t initiated into her indie world, you might want to rent it first.