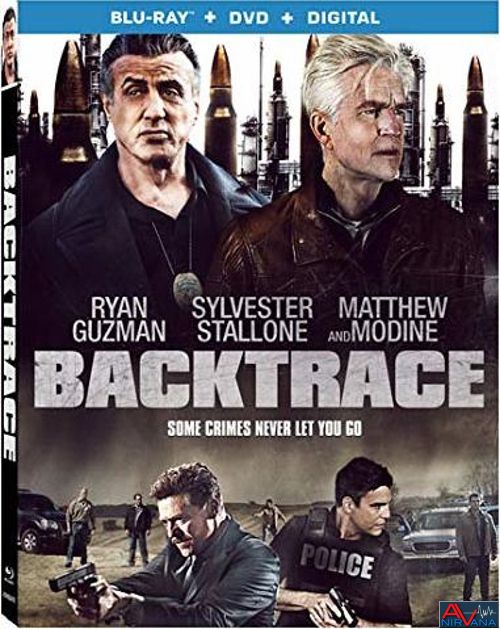 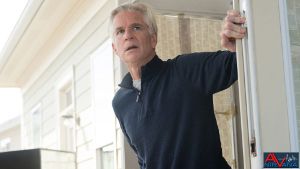 Movie
It seems like Sylvester Stallone has finally gone the way of Bruce Willis. I mean, Stallone has done his fair share of DTV films during the early 2000’s, but post Rambo and The Expendables, the aging action star had kind of gotten back into the limelight once more and was doing higher budget films more and more often. But it seems like he has finally started to fade once more, giving us movies like Escape Plan 2 and Backtrace. To make matters worse, he has done the Bruce Willis thing of phoning in his performance (at least for Backtrace, I still haven’t watched Escape Plan 2) and only showing up in the movie for a grand total of 10-12 minutes, even though his face is plastered all over the movie.

Backtrace itself is a fairly passable crime thriller, but take Sylvester Stallone out of the picture and you quickly realize this is all about Matthew Modine and the lesser known ones like Ryan Guzman. However, that’s not a bad thing as Matthew Modine does rather decent job of portraying our “hero”, but sadly he’s betrayed by a script that is so hackneyed and inconsistent that I was visibly wincing at times.

Brian A. Miller is hot off of last year’s Reprisal (which wasn’t a bad movie, which I reviewed HERE) and he’s back with yet another moderately entertaining action movie. This time with a little bit of a twist. The film opens up with a trio of bank robbers led by Mac (Matthew Modine) getting double crossed by their compatriots. Gunned down and left for dead with the rest of his crew, Mac wakes up to find out that he’s had retrograde amnesia due to a bullet wound that hit him in the skull. He can only remember what happened from the moment he woke up in the hospital. Despite that fact, Mac is sent to a psychiatric facility where he spends the next 7 years TRYING to remember anything besides what he’s been told by the news and the police about his past. 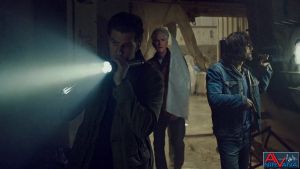 Things change when a mysterious man named Lucas (Ryan Guzman) sneaks into the psyche ward (supposedly voluntary committal) and breaks him out. It seems that Lucas and his cohorts are VERY interested in the $15 million that wasn’t found when Mac was put in there (and can’t remember where it is), and has an ingenious plan to get back with the help of the memoryless man. With the help of a new designer drug that just hit the market for memory retention, Lucas and Mac slowly try to trace back through that muddled soup in old criminal’s head in hopes that they can find the money before the cops find them for breaking Mac out of prison.

There are so many head twisters and logical fallacies throughout the film that I really was having a hard time keeping up with them all. To make it worse the characters acted so out of place and foolish that it was hard to take serious. The cops couldn’t figure out a 4th (and technically 5th) man was involved even though there were bullet casings all over that DIDN’T match the guns of the 3 robbers? Or that ending where Sylvester Stallone’s detective character says “I’ll take care of it” while letting a bunch of robbers who have KILLED a man go free? Let alone the hilarity of the new drug that allows Mac to instantly piece things together in the matter of a day. But I digress. With all those little story line goofs out of the way, Backtrace is a fairly competent DTV thriller that actually was rather interesting the first two acts. That third act with the big “reveal” is where things start falling apart, and puts Miller’s previous films like Reprisal on a higher tier than Backtrace. 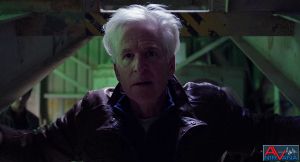 Backtrace falls into what I like to call “the Lionsgate rule of 4”. Meaning that the film looks and sounds solid enough to get solid 4’s for both the video and audio sections. It looks and sounds competently done, but never stretches the limits of the format in either score box. Shot digitally (duh, pretty much all low budget films are guaranteed that nowadays due to how cheap decent digital cameras are vs. film stock) and put out on an unknown resolution master (but again, most likely 2K due to the budget), Backtrace looks like most competently shot DTV films today. Things are a bit gray in the color tones, but there are enough spots of primary colors to keep things interesting (such as MacDonald’s home), and clarity is excellent throughout. Some of the weird “pulsating” style of shaky came they used for the memories coming back look a bit hazy and soft, but that’s an intentional stylistic choice for those particular scenes. 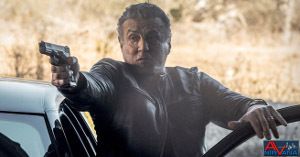 Like the video score, the audio is a solid 4/5 rated, meaning it’s not exactly mind blowing, but it does everything competently enough to be generally pleasing to listen to. The 5.1 DTS-HD MA track can be loud and aggressive when needed, but for the most part the track is rather mild and laid back. There’s tones of discussions about finding the money, or trying to remember things, but the mix can get a bit heavier when the memories return (a stylistic thing) as well as when the opening and closing gun battles occur. Surround usage is minimal, usually having to do with the simplistic score, but there are a few moments inside of the cement plant where you can hear an echo from the background etc. It’s not really going to blow the doors off your home theater system, but the 5.1 lossless track is solid enough to hit all of the check boxes for a decent mix.

Backtrace is actually a competent enough crime thriller for the most part (if you’re familiar with DTV thrillers), but it really falls into laughable territory in the third act, and it doesn’t help that Stallone is in the film for all of 10-12 minutes TOPS, and just mumbled a few lines before fading into the background once more. Surprisingly Matthew Modine actually does rather well with the role (as he’s technically the main character) and gives MacDonald some life in an otherwise bland and lifeless film. The Blu-ray itself has solid audio and video scores, but really is a dearth of special features with only trailers to keep you company. A low rental is about all I can consider recommending this one as.