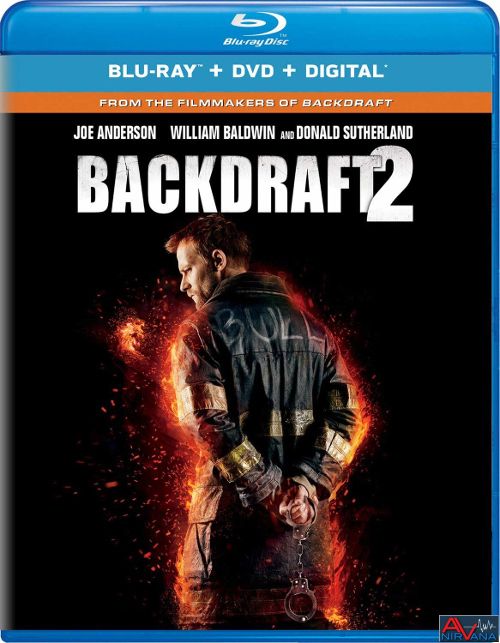 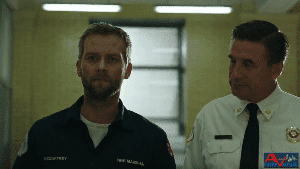 Movie
Ron Howards 1991 film Backdraft is a much better film than most critics gave it credit for back then. It starred a fantastic cast of actors and was less of a cheesy action film than it originally paired. I used to watch the old VHS to death back when I was a teenager, and have owned it on at least 3 more different editions and formats over the years as well. Last week Universal released the film on 4K UHD and this week we get a 28 year in the making sequel that really feels like a cash grab on the original film. To be 100% honest, Backdraft 2 is not just a cheap knockoff of the original. It’s an actual sequel that follows in the footsteps of the original movie, even going so far as to bring back William Baldwin and Donald Sutherland to reprise their original characters. It works in so much as to create a link to the original film, and the creators REALLY try to make this a worthy sequel, but at the end of the day Backdraft 2 is just another DTV sequel with mediocre acting and a much lowered budget (adjust for inflation naturally).

Fire investigator Sean McCaffrey (Joe Anderson), son of Kurt Russell’s late Stephen McCaffrey is a lifer in the fire fighter’s industry. Working as a fire investigator at the same fire station as his father he’s tough as nails and ready to get his hands dirty investigating arson jobs. Investigating another fire with his partner Maggie Rening (Alisha Bailey) something just doesn’t add up. The fire seems to be normal, but there is that gut instinct that runs through Sean’s veins that makes him start questioning the circumstances. No matter what questions he asks the answers still don’t add up, so Sean goes to one of the most devious arsonist minds out there. Bartel (Donald Sutherland, reprising his role as the Hannibal Lecter like arsonist), the delusional arsonist that his father helped catch, who is locked up in an institution. Together, with a little ingenuity, a little luck, and a lot of help from Bartel, the fire investigator opens up a conspiracy that will shake him to his very foundations. 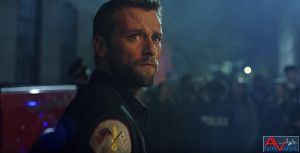 Is Backdraft 2 a good film? No, it really isn’t. However, it’s not a horrible film either. It’s just a completely unnecessary film that should be ignored for it’s much better predecessor. I was impressed that someone tried to make an ACTUAL sequel to the original film and not just a DTV knockoff, and the inclusion of William Baldwin as Sean’s uncle and Donald Sutherland as Bartel was a nice tough. It added a sense of connection to the original film and helped sell it as an actual sequel. The problem really stems from the fact that this is a low budget film, with a low budget cast, and a cheap story line. Not much you can do about that.

Sutherland and Baldwin do a good job at getting back into character, but Joe Anderson is DTV acting all the way. He’s brusk, hunky, and completely bland from beginning to end. I wanted to like Backdraft 2 as it looked like they were trying to make a good sequel to the original, but it’s almost 30 years too late and the original luster has certainly faded for fans of the original. If I was to recommend anything it would be just to skip this one and watch the original. One little side not chuckle, Director of the original, Ron Howard, and the director of this one were both responsible for making a “Apollo” titled film (Apollo 13 for Ron Howard and Apollo 18 for Lopez-Gallego).

Rated R for language, some violence and disturbing images

Backdraft 2 is competently filmed, and looks like the digital production that it is. Framed in 2.00:1 (an increasingly common aspect ration recently), it looks digitally glossy and kind of flat, with smooth colors and rather drag color grading. Oranges and blues pop more than anything, otherwise the picture is rather dull and rather grim. Fine details are good, but never great, and artifacting isn’t really there to speak of with any major issues besides some strange “tearing” issues that looking kind of like interlacing when Sean initially walks up to his boss’s office at the beginning of the film. It’s the kind of movie that screams “good cameras were use, but nothing was done to really make it stand out”, as Backdraft 2 looks good enough, but again, doesn’t really excite the viewer. 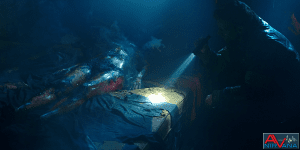 The same thing can be said of the audio as well. The 5.1 DTS-HD MA track is more than competent at delivering the action and thrills, but it never goes above and beyond. The dialog is clean and clearly replicated up front, while the surrounds get mild ambient noises that really only pick up when the fires happen or an explosion occurs. Otherwise it’s content to stay in the front of the room and deal with room ambiance. LFE action is consistent, but either filtered or not really that aggressive. Sub 20hz activity is nearly nonexistent and the explosions and fires don’t really make your system throb with power. As I said, everything is competently done. Vocals are clean, lfe is there, surrounds get a decent workout, but the track never really excels at anything. Instead it’s content to do the job well, and leave the heroics to another track. 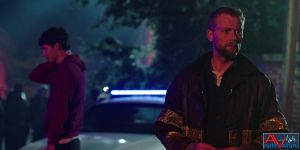 ​
Backdraft isn’t a HORRIBLE film, but it’s a completely unnecessary one. I’m glad that they got Baldwin and Sutherland back to reprise their original roles, but the movie is about 30 years too late and done with so many obvious DTV tropes that it just feels like a cash grab to go along with the 4K UHD disc of the original Backdraft that released last week (which is a fantastic 4K disc, by the way. Well worth picking if up if you can) The Blu-ray release is decently done, but no extras and a complete lack of necessity makes this one a pass for your truly. You’d be better off grabbing Backdraft and watching it twice than adding this film to your mix. Skip It.

Thanks for the review. I saw the original at the theater and really enjoyed it. I never took interest in this one though. Will skip it.

Thanks for the review. I also agree, first one was enjoyable but this one, I will skip as well.

yeupppppp. Oh, and I edited my movie score. it was accidentally a 3/5 when It was supposed to be 2/5... adjusted it