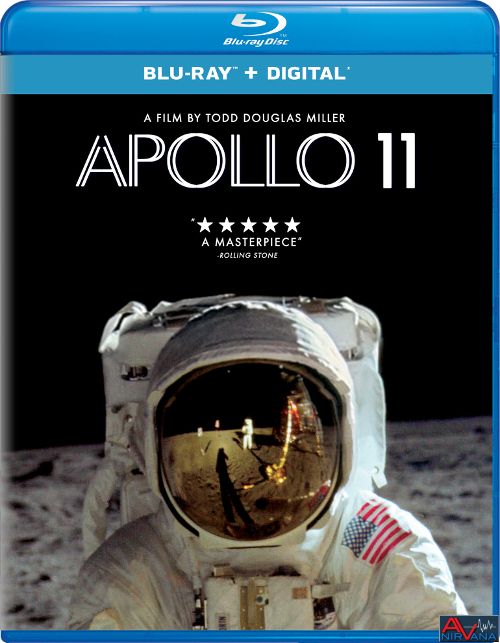 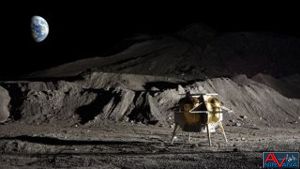 The story of Apollo 11 and the first men on the moon is one of humanity’s great legends from decades ago. It chronicled a time when we stepped outside of our own little planet for the first time and opened up a brand new world for us (as well as film making, as countless films regarding space travel was spawned as a result of the success of the Apollo 11 mission). Buzz Aldrin, Neil Armstrong, these are the names that are still hailed as heroes to this very day. Last year’s Last Man was a fantastic dramatization of Armstrong’s inclusion into the space mission, but Apollo 11 acts as a more grounded retelling of the space mission. Comprised of archival footage of the launch, still photos, and narration from mission control, the movie weaves a simple tale about the launching of the mission, and does so with surprisingly entertaining results.

The official description states “From Director Todd Douglass Miller comes a cinematic event 50 years in the making. Crafted from a newly discovered trove of 65mm footage, and more than 11,000 hours of uncatalogued audio recordings, 'Apollo 11' takes us straight to the heart of NASA's most celebrated mission - the one that first put men on the moon, and forever made Neil Armstrong and Buzz Aldrin into household names. Immersed in the perspectives of the astronauts, the team in Mission Control, and the millions of spectators on the ground, we vividly experience those momentous days and hours in 1969 when humankind took a giant leap into the future. 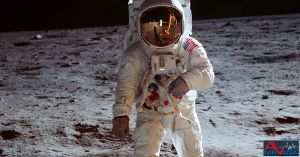 Apollo 11 doesn’t revel in dramatics or extrapolated drama, but rather takes a straight forward approach using the chronicled footage. It doesn’t rely on tension, it doesn’t rely on camera angles. Instead it relies upon the awe inspiring realization that this ACTUALLY happened! The film is very much like watching through a peephole, as it doesn’t narrate TO the audience, but allows the audience to be a fly on the wall for history, watching as we get to see Nixon congratulate the astronauts for making it to the moon, or listening to mission control go through all of the launch, pre-launch, and post launch statistics to make sure these men came home alive. It’s simple, laid back, yet so incredibly intoxicating to watch history literally unfold before our very eyes.

The photography and cinematic touches that was used to splice in the footage from various sources is absolutely amazing. The different camera angles used and the judicious integration of still shots from the mission is done so seamlessly and effortlessly that the movie almost feels like a theatrical release! I’m still in awe of what we did back then and Apollo 11 acts as a great monument to what was achieved during that time period. The film is a fantastic watch from beginning to end, and marks as one of the few documentaries that I can watch all the way through and not even realize an hour and a half as passed. There were a few dry moments during the opening shots when we’re just watching the milling faces of the crowds, but once the shuttle launches into space I was absolutely captivated by what was unfolding on screen. 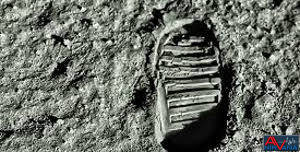 Apollo 11 looks incredibly on Blu-ray, and one of the best I’ve seen even though it’s age and condition of source material was in question. The 65mm opening scenes are absolutely stunning, showing of an incredibly filmic image that is robust and vibrant with grain textures intact and clarity that makes you believe the film was just shot yesterday. Different shots may have a few flecks of debris or a stray hair on the negative (especially in the lower edge of the screen), but it’s never really a problem at all, and definitely not enough to require myself to lower the score any. Colors are bright and well saturated, and the outdoor shots of the people watching the launch is really lovely to look at. Overall this is an absolutely AMAZING looking Blu-ray despite having different source camera negatives for different parts of the movie, and is a real treat to watch.

Wow, just wow! The 5.1 DTS-HD MA track may not be a dolby Atmos track, but it certainly stretches the limitations of the 5.1 experience quite well. The track is a mixture of source material, ranging from a narrative from mission control, to the yelling and screaming of the people excitedly watching the launch for the sidelines. The film has a nice sense of immersion to it, with the sounds of citizens coming from all around when up on the hilltop looking down, and a nice spacious front stage for the vehicles and ambient noises. The real power comes when Apollo 11 launches, and boy howdy does it put a smile on your face! The LFE is simply devastating as the shuttle launches, and there is ample room for deep pulsations and other bass oriented sounds throughout the shuttle’s trip. It’s a fantastic mix for sure, and just like the video, an absolute treat to listen to.

​
Apollo 11 is a great compliment to last year’s First Man, and tells the tale from a slightly more documentary standpoint. It’s not a complete telling of the Apollo 11 experience, but the original footage and original narrations of that time period are fascinating to watch and are the 93 minute runtime just flies by. I’ve always been excited by space travel as a young man, and watching our first trip to the moon is incredibly exhilarating, especially when paired with the stunning audio and video presentation that Universal has put on the disc. Extras are sadly sparse, but if you think about it, the entire movie is special feature put into a filmic format, so I can forgive the lack of extra features. Definitely worth checking out.

Thanks for the review. Will take a look at this one.