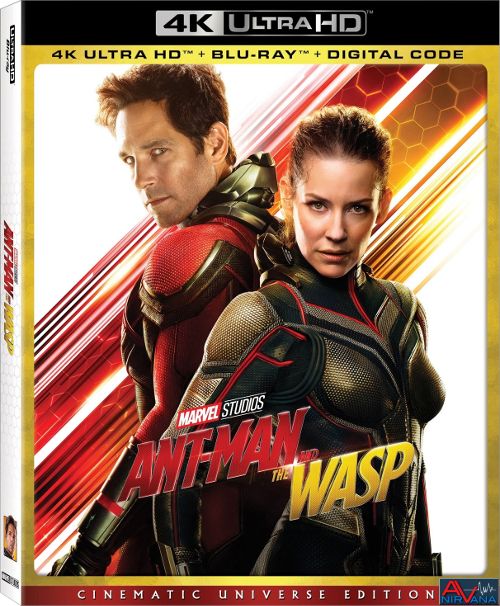 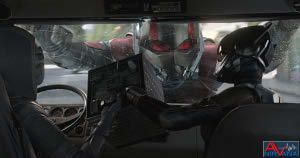 Movie
2015’s Ant-Man was a welcome relief from the beginnings of superhero fatigue that was setting into the Marvel cinematic universe. It was right about this time that I started noting the cookie cutter nature of the films being released, and the quality was gradually dipping downhill (although, I will fully admit that Infinity War was a HUGE step up for them and became one of the best in the series). However, Ant-Man was the film that fans were most excited for, and for good reason. The famed Edgar Wright (Scott Pilgrim vs. the World, Hot Fuzz, Baby Driver, Shaun of the Dead) was helming it, and Ant-Man was one of those unique super heroes that was integral to the forming of the original Avengers. However things started to get a bit nerve wracking when Edgar was fired from the film when it was mostly finished, and Peyton Reed took over. Not only that we learned that Hank Pym wasn’t going to be “THE” Ant-man, but was going to focus on Scott Lang, who was a much later iteration of the characters. However, color me surprised and willing to eat a plate full of crow when the film just WORKED on so many levels. It didn’t take itself too seriously, the action was fun, and Paul Rudd gave Scott just the right amount of awkwardly quirky humor and enough enough seriousness to make his character work. As such it was a deviation from the typical storytelling arc in Marvel films, and really worked on it’s own merits as a film rather than being JUST an origins story (although it was necessary buildup for Captain America: Civil War).

Ant-Man & The Wasp (AM&W for short), while being released AFTER Infinity War is actually set a year or so before the events that happen in said apocalyptic super hero film. We see off the bat that Scott Lang (Paul Rudd) is back in trouble with the law after his involvement in helping Captain America back in Civil War, and has just about finished serving a 2 year house arrest sentence for breaking the Accords. With days left on his house arrest, Scott suddenly is pulled back into things when he starts seeing visions of Hank Pym’s (Michael Douglas) wife who is trapped in the quantum realm. However, he’s kind of at odds with the Pym and his daughter Hope (Evangeline Lilly), as they blame HIM for taking the Ant-Man suit and breaking the accords, which put them on the lam from the law for providing the tech that allowed Scott to help the “criminal” Captain America. Unbeknownst to Scott though, Hope and Hank have been working on a way back to the Quantum Realm, and Scott’s vision is the clue that they are getting closer.

Teaming up once more, Scott and Hope have to get one last piece of technology to finish the machine needed to go into the quantum realm, only it is stolen from them by a mysterious phase shifting super soldier named Ghost (Hannah John-Kamen). Now to get the tech back and save Mrs. Pym (Michelle Pfeiffer), The two have to work together, with Scott donning his old suit once more, and Hope donning the Wasp suit that her mother wore back in the day. Dodging gangsters (played by Walton Goggins), FBI agents, the Ghost, and their own bitter feelings for each other, the trio once again has to save at least SOME of the world.

Ant-Man & The Wasp is a larger scope than the first film, but still feels just as closed off from the rest of the Marvel universe as the first one is. The events that lead up to Infinity War is almost ignored completely (except for an after credits scene that earns the title of darkest after credits scene to date), and even the events of Captain America: Civil War are only mentioned for a few moments, and are used to set up WHY Scott is back to being under the thumb of the law once more. The rest of the time it’s a simply dual pronged story with our heroes desperately trying to get the original Wasp back from the Quantum Realm, and dealing with the powerful Ghost. A character which seems like it is going to be the main villain from the trailers, but ends up being a sympathetic anti-hero (or redeemable villain) who plays a key role in slowing them down, but is not so much your traditional villain for obvious reasons (that are made known in some of the twists, so I won’t spoil it).

There are slow portions of the 2 hour film, and some of the quirkiness of the first movie are gone thanks to Edgar Reed having NO part in this one (it’s pretty obvious that some of the really cheeky humor from the first movie was probably a result of Edgar Wrights direction vs. what Peyton Reed did with it after Edgar was booted from the director’s chair). Michael Pena is fun, but not AS fun as he was in the previous film, and once again the Marvel villain syndrome comes into effect (Marvel films have had a history of weak villains except for maybe Vulture and Thanos), but the overall strength of the movie lies on the fun nature of the film, as well as Paul Rudd, Evangeline Lilly and Michael Douglass owning their roles.

AM&W was reportedly captured with a variety of digital cameras with differing resolutions (3.4K, 6K, 6.5K and 8K), but was strangely given a 2K master instead of a native 4K master (which is a bit odd), but the results speak for themselves. While not a native 4K master AM&W shows notable improvement over the already good looking 1080p Blu-ray, and looks amazing in 4K UHD. The film is bright and colorful, with natural shades blending into bright shades of red and blue and green with the super suits, and splashes of wild neon colors inside of Hank Pym’s laboratory. The detail levels are just staggering for a 2K mastered 4K UHD disc. The fine lines upon Evangeline Lilly’s face are amazing, and the little nuances of the CGI suit when Scott is in full giant mode is more than amazing. The water, rocks, and cars look stunning, but there is a small bit of CGI “smoosh” that happens due to the fact that CGI can only look so real before show it’s cracks in a film of even this magnitude. Those CGI intense scenes can look a bit soft, and there’s a waxy appearance when they try to digitally “de-age” someone’s face (Michael Douglas’s was the worst). Again, just small nipticks, since the 4K UHD disc is incredible in motion and certainly shows how HDR and a decent source can give most of the benefits rather than a native 4K master.

I actually nearly blew my eardrums out with Ant-Man & the Wasp when I tossed in the disc. I’m so used to Disney/Marvel recording their tracks at such a muted level that I automatically bumped it up about 4 decibels only to find out that this is the first track in a LONG time where they recorded it at a normal level. Not only that, it’s not anemic with the bass or the richness of the mix AT ALL! While Disney/Marvel usually gives acceptable tracks, they have a long track record of not giving reference quality material with the way they mix, and AM&W is a huge turnaround for them. I don’t know whether they listened to the fans, had a different mixer in the house, what, but the results speak for themselves. This is a big, bold action track that just makes waves by the intensity and encompassing feel of the movie. The shifting of phases (for Ghost) and changing of sizes are followed with deep waves of LFE, and the surround channels are engaged with claustrophobic nature of being small, and the ferocity of looming 65 feet in the airs. The overheads get a LOT of play here, as the characters zip from being small to large, or the overhead presence of cars, pez dispensers (yes, watch the movie), and other objects coming straight down from above. There IS a small niggle, and that stems from the fact that the vocals can feel a bit “thin” at times. Nothing wild, bust just enough to where I wondered if they were recorded JUST a smidge below the rest of the track. Again, nothing wild, but just one of the few nitpicks in the mix that I had to mention.

• Director's Intro by Peyton Reed – The talented creator behind some of Marvel Studios' funniest and most charming films will invite home audiences deeper into the world of "Ant-Man and The Wasp."
• Making-of Featurettes:
- Back in the Ant Suit: Scott Lang – Hero and all-star dad Scott Lang keeps the laughs coming for the audience, cast and crew.
- A Suit of Her Own: The Wasp – Highly trained Hope Van Dyne is now the Wasp. See how some of her craziest stunts and action-packed scenes were brought to life.
- Subatomic Super Heroes: Hank & Janet – Hank Pym's wife Janet was lost in the quantum realm. Trace the legacy of these characters and the iconic actors who portray them.
- Quantum Perspective: The VFX and Production Design of "Ant-Man and The Wasp" – Explore the movie's visual effects and production design from a whole new viewpoint, in which every micro and macro detail counts.
• Gag Reel and Outtakes – Audiences are treated to the hilarious quips that did not make the film as well as exclusive outtakes from Stan Lee and Tim Heidecker.
- Gag Reel – Join in the fun with these outtakes from the set.
- Stan Lee Outtakes – Stan Lee tries out a series of hilarious one-liners for the scene in which his car shrinks.
- Tim Heidecker Outtakes – Check out Whale Boat Captain Daniel Goobler and his improvised whale-watching riffs.
• Deleted Scenes (with commentary by Director Peyton Reed)
- Worlds Upon Worlds – As Janet leads Hank through the surreal landscape of the quantum realm, they encounter an intelligent life form.
- Sonny's on the Trail – On the hunt for Hank Pym and his lab, Sonny Burch and his henchmen check the security camera of a neighborhood bookstore.

Ant-Man & the Wasp is a solid entry into the Marvel cinematic universe, and a welcome respite from the heavily serialized way that the franchise has been going. There’s no origins story needed, it doesn’t really deal with the issues that happen with the series except in comments, and the movie travels to the beat of it’s own drum. Peyton Reed ‘s second superhero outing doesn’t have the quirky tone of Edgar Wright’s remnant touches, but it is a fun super hero movie that is every bit as enjoyable as 2015’s Ant-Man. Disney/Marvel has given the film a stellar looking and sounding video/audio, but while there is a copious number of extras, they are surprisingly short it length. It’s not your typical Marvel movie in tone, but Ant-Man & the Wasp is a great break from the regular Marvel cinematic universe, and a worthy followup to the first film. Recommended as a good watch.

Thanks for the review. I will catch this on amazon prime..

I enjoyed the original ant-man... willing to give this one a shot!

Just as an FYI to members... you can win a free Blu-ray copy of this movie!