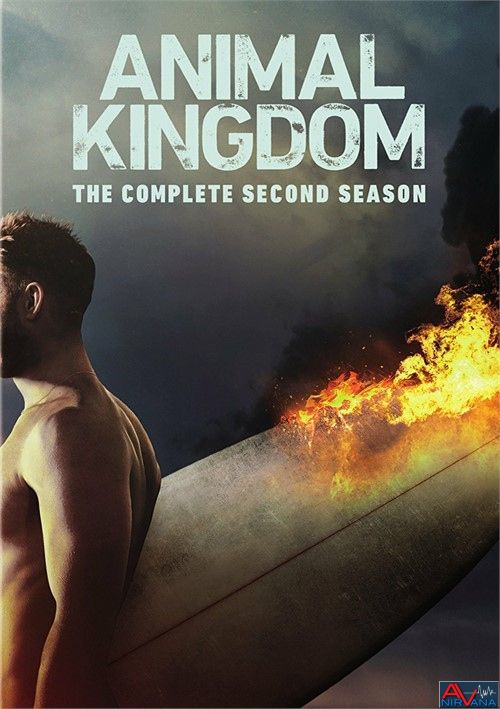 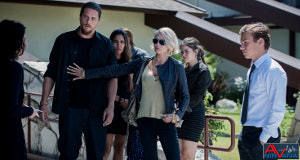 Movie
I don’t have to even say it anymore, but “Mature” dramas have been all the rage the last decade or so. They days of broadcast TV reigning supreme are LONG gone, with cable television dominating the airwaves for best shows of the year. In fact, many TV shows out class many a movie to this days, with budgets that easily rival their blockbuster counterpart, and big name actors shifting over to play in a series rather than in a single big movie. Shows like Dexter, Game of Thrones, and many others are now big dogs, pulling in ratings (and cash) for the cable TV stations like you wouldn’t believe. However, the flip side of that coin is that critical mass was achieved some time ago, and the amount of bloat that is in the “mature” Cable TV market is always pretty hefty. Many shows come and go after a couple of seasons, and end up just trying to be edgy for the sake of edgyness. Yes, we know you show nudity and allow R-rated swearing, along with copious amounts of violence, but that isn’t enough to engage viewers. What they want is a GOOD story, and in that case, Animal Kingdom actually delivers on unlike many of its competition.

There’s a lot of good crime families out their on TV, with the biggest and baddest being the obvious 800 lb gorilla in the room, The Sopranos. However, Animal Kingdom is taken from a film source, and actually adapted to American audience from the 2011 feature film. In many ways it feels like The Town meets The Sopranos, but with a grittier, “down under” vibe to it. Never truly reaching the gore and nudity of the HBO style shows, TNT skates the line with bringing hard hitting action and brutality, with some elements of more traditional broadcast sensibilities blended in as well.

Joshua Cody (Finn Cole) has now integrated fully into the lifestyle of the Cody crime syndicate, run by his grandmother Smurf (Ellen Barkin). He’s no longer the sullen, but innocent, young kid of a druggie mom. Instead he’s become the youngest member of the criminal family and pulling heists and putting someone in his cross hairs is nothing new to him anymore. The season opens up with Cody returning to the fold and engaging in a brand new heist, but when things don’t go as planned the dynamics of the family start to fall apart. Smurf was starting to lose her hold on her family in the previous season, but the changes that happen after the botched heists puts her directly on the hot spot as her son’s start to vie for her position as head of the clan.

No one wants to share the money with what seems like an aging control freak (Smurf), and as the boys squabble and fight among themselves over who will take over, Joshua is forced to come to grips with the fact that he’s now part of this, and its time for him to sink or swim. His relationship with his grandmother turns from dependence to equality, and he now has to look at his uncles as competitors, rather than mentors. Tempers run high, but greed is ice cold, and sooner or later someone has to come out on top.

Animal Kingdom: The Complete Second Season brings an extra 3 episodes to its sophomore year, going to 13 from the previous years 10, and it actually helps even out the show a bit. I liked the compactness of the 10 episodes, but 13 allows the show a little bit more room to breathe, even though it DOES introduce a little bit of bloat as well (especially during the center of the season, which always seems to be the bane of most shows). Like so many other TNT shows, there is a formula to the show. Family pulls a heist, things go wrong, someone is in jail, and someone has to figure out how to hold things together until they can get said person out of jail. As I said in my review of last year’s Blu-ray release, what makes Animal Kingom unique is the TYPE of crime that they engage in. There’s no drugs, no massive dirty cops, no mafia. Instead the Cody’s are petty criminals, but just REALLY good at what they do. The family dynamic is what holds them together, but also the catalyst that drives them apart as well.

The 1.78:1 framed show is another in a long list of TV shows that Warner Brothers produces that just didn’t seem to be selling ALL that well on Blu-ray, so instead of a Blu-ray/DVD dual release, we get a DVD release to the general public, while the Manufactured on Demand “Warner Archives Collection” produces the Blu-ray in much more limited quantities for online sales (such as their own website and Amazon). While it’s no Blu-ray, the DVD is still quite impressive, with the glossy look of the show combining nicely with the California surfer settings. The colors are burnished and a bit overly bright and green (but that’s a stylistic choice from all interviews with the creators), and while the lighting can be a bit dim at time, shadow details are more than good. Fine detail is excellent in the copious daylight shots, with shimmering beach bodies, and the shiny reflections of police lights as they chase the family in the middle of the night. It’s a very nice looking production, and excellent for a DVD in 480p.

The 5.1 Dolby Digital track is well balanced, with good dialog and a well rounded surround integration. LFE is deep and guttural, adding weight to the chase sequences, as well as bullets blasted from a long range scoped rifle. Surrounds are subtle, but still well integrated, with the more aggressive action moments blaring and roaring, while the heavy dialog centric scenes show off some small background noises (such as a baby crying, or the scraping of a chair across the floor) to fill them out in the interim. It’s not a heavy hitting track, but it is well done for a crime dram that focuses less on action, and more on relationships.

Animal Kingdom: The Complete Second Season is a worthy successor to the fun first year, and actually improves a bit if I do say so myself. The grungy, Sons of Anarchy meets California surfers is a fun combination, and Ellen Barkin is on top of her game as the matriarch, Smurf. I always though Scott Speedman made a mistake coming to this show instead of return to the Underworld franchise, but I think he made the right decision as he does better here than I think he could have on the big screen. Audio and video are great for a DVD release, but the extras are distinctly slimmer than last years, which is a slight disappointment. Still worth it as a very solid crime show.