All the Money in the World - Blu-ray Review

All the Money in the World 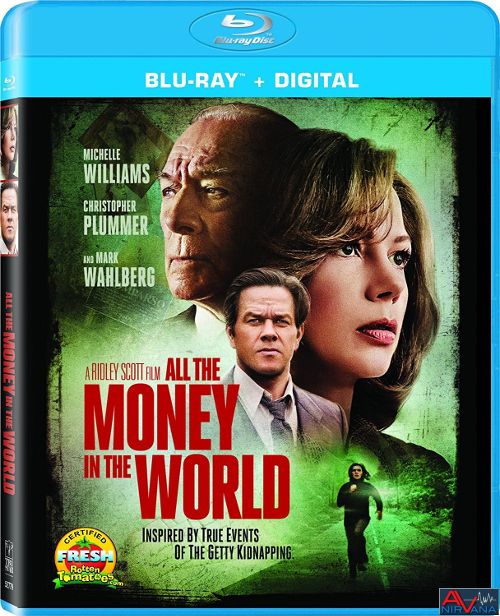 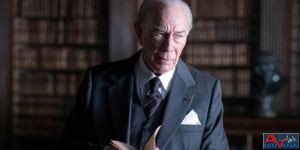 Movie
Ridley Scott is one of those directors that was the king of the world, but then suddenly lost it all. After directing a handful of shorts and TV episodes, he went on to direct Alien, Blade Runner, Legend and many others of high acclaim, but that streak was not to last as his later career became a series of hits and misses. Kingdom of Heaven was a theatrical flop, but soon became a hit on home video with the extended cut, and movies like American Gangster became cult hits that surpassed the initial theatrical experience by a long shot. But then came Exodus: Gods and Kings, Prometheus and The Counselor. All bombs that showed the cracks in the legendary director’s army and an obvious problem in his writing style. Sadly, All the Money in the World continues on that downward spiral from glory, but even so, actually slows the descent by making a solid thriller that feels distinctly different than any other film that the famous director has attempted lately.

All the Money in the World actually follows the general premise of a true story relating to J.P. Getty, a wealthy oil tycoon who had his grandson kidnapped in the 1970s. It was ALSO the infamous movie where Kevin Spacey was supposed to play the lead character, but was subsequently re shot with Christopher Plummer when Kevin Spacey’s…..ummmm….Extracurricular activities pretty much tanked his career. I was honestly curious about HOW the film would turn out with the massive reshoots (re shoots usually never bode well for a film), but it actually doesn’t seem to have harmed the film a whole lot, as I couldn’t notice any huge gaps in the narrative.

Well, as I mentioned, All the Money in the World is BASED off of a true story (meaning there are some slight resemblances to the original tale, at least enough to have the legal team be satisfied that BASED off of a true story is enough to put butt’s in seats), about a wealthy tycoon and a kidnapping. Christopher Plummer is J.P. Getty, the world’s first billionaire who made his entire fortune off of oil and subsidiaries. While he gained his wealth seemingly honestly, the man was a LEGEND for being one of the biggest misers known to man. Even when his grandson Paul (Charlie Plummer, who is of no relation to Christopher Plummer) is kidnapped the greedy man REFUSES to spend money on his ransom. Paul’s mother Gail (Michelle Williams) is desperate to get her son back, but after divorcing J.P Getty’s son some years back, is devoid of the financial leverage to make it happen.

Instead of ponying up a paltry $17 million (at least to Mr. Getty sr.), the tycoon sends his chief of security, Mr. Fletcher Chase (Mark Wahlberg) to oversee the operation and send his grandson home. For as inexpensive as humanely possible that is. As Fletcher and Gail struggle to negotiate with the kidnappers, Getty dancers around the idea of spending money at EVERY turn, twisting each and every situation to his advantage and ignoring the obvious solution in hopes that he could save a few bucks (even though he’s quite literally the richest man in the world).

We all know the general outcome from history. Paul makes it home, due to the help of Fletcher and Gail, while J.P Getty goes down in history as being one of the most despicable human beings alive. Sadly, the movie itself is nowhere near as tense and thrilling as it shoot be. At 133 minutes long it feels like it could be trimmed a good 20 minutes, and moves at such a sluggish pace that by the third act the audience has started to fall way from the story. While that is true, Ridley Scott is still a master storyteller, and despite his stumbling around narrative wise, the characters themselves are fascinating. Michelle Williams turns in a legendary performance as the grieved mother, and Christopher Plummer is absolutely revolting in his portrayal of J.P. Getty. In fact, that is the one character that no matter the outcome, the audience is groomed to just DESPISE in every way, shape, and form. Plummer plays the tycoon so incredibly well that there is a seething hatred for the miserly actions of the man, and you almost gleefully wait his inevitable demise. Mark Wahlberg is the same old Marky Mark, and while entertaining, can’t achieve the same intensity that the other two stars are able to pull off.

Like many in this day and age, All the Money in the World was shot digitally, and rendered to home video using a 2K digital intermediate. The film has been graded quite uniquely, with a mixture of desaturarted colors that can look gray in one scene (usually the flashbacks to the 60s), to deep blue and ash, to a neutral look with soft blue and gold highlights. Despite the heavy color grading, the film (or should I say video) is very lovingly textured, with great details and a sharpness that is quite staggering. Blacks are deep and inky, even in the deepest of blue tinged scenes, and I could find no major artifacting to my eyes. All the Money in the World is a very stylistic period piece, but it is photographed so beautifully, and done so impeccably that the lack of bright shiny colors doesn’t hamper it in the slightest.

Sony delivers the good with a very good sounding 5.1 DTS-HD MA lossless mix that is impeccably recorded. This IS a drama, so be aware that there is a certain amount of front heaviness to the mix. Lots of dialog throughout the film, but said dialog is perfectly clear and well balanced with the rest of the track. Despite the dramatic “dialog centric” nature of the film, the surrounds are actually quite active throughout. Paul’s kidnappers have him in the bowels of an Italian farmhouse, which echoes and clinks and clanks all around the listener. Racing through the streets at night showcase echoing footsteps that reverberate around you, and the little nuances of water dripping, or the booming echo of the Getty mansion are all replicated perfectly. The score carries with it the majority of the LFE, but there are simple background noises (such as the slamming of a heavy wooden door) that have some serious weight behind them. Again, I was distinctly surprised by the mix, as it is much more engaging and energetic than I would have expected for such a slow paced film.

• Eight Deleted Scenes
• "Ridley Scott: Crafting a Historical Thriller" – Director Ridley Scott and the cast and crew discuss the fast-paced and exciting way he filmed this epic movie.
• "Hostages to Fortune: The Cast" – A look into the award-winning actors and their connections to their real-world characters.
• "Recast, Reshot, Reclaimed" – This piece follows the unprecedented recasting of the character J. Paul Getty a little over a month before the film's theatrical release.

All the Money in the World is an interesting return for Ridley Scott, but one that is also a bit mixed in how it was received. On one hand we have two stunning performances from two great actors, while on the other hand the film’s plot is drug out so long, and there is such a lack of connection with the characters in the film that I had a hard time enjoying it as much as I wanted to. Ridley has a masterful way with characterization, but for some reason his touch slipped, as I just couldn’t emotionally resonate with any of the characters, despite a well crafted tale. Sony’s Blu-ray is near impeccable, with great audio and video specs, and a decent array of extras to enjoy, so if you’re a fan of the movie it’s a great release. As for the rest of the readers here, well I would still say the movie is engaging enough and makes for a good rental if you’re a fan of kidnapping thrillers.

Thank you for the review. I will rent this one or wait for Prime/Netflix.