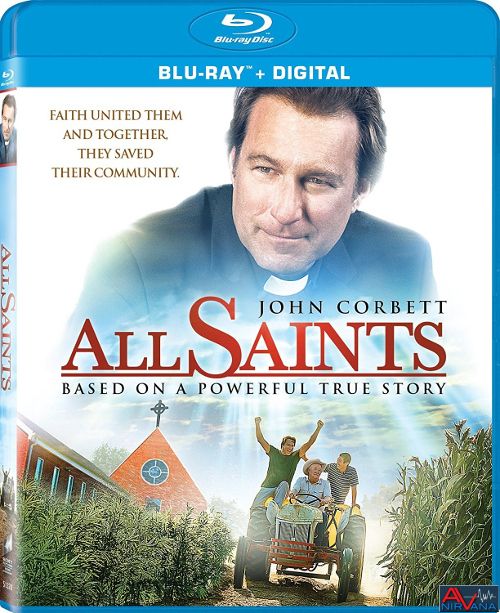 Movie
If you’ve read any of my reviews on faith based movies you know that I’m extremely critical of them. I say this every time as a disclaimer, but I am VERY leery of most faith based dramas due to the fact that I’m so close to the subject matter. As a believe I wince at what I like to call the “Christian curse” in these films. There are three categories that I lump them into. The first is the “well meaning but horribly done” scenario. Usually there is an excellent message within the film, but well meaning messages can only get so far if the production values are horrific, and the actors are the stuttering parishioners who took two classes in theater back in college 15 years ago. As a result the message gets lost in a painfully written, painfully directed movie that everyone shuns. The second is what I call the “baseball bat” style of christian film. This is where they have decent production values, but they hammer the message into you so heavily that by the end of the movie you’re yelling at the screen “I got it! I got it!”, and you end up turning away everyone but the proverbial choir that they’re preaching to. The third is the unicorn category. A film that’s done well, with solid acting, good writing and production values that actually create a smooth looking film that’s palatable for general audiences. This is one of the FEW times I’m happy to put one of those faith based films into that “unicorn” category.

Feeling like a bit of a miracle itself, All Saints tells the story of the real life All Saints Episcopal church down in Smyrna Tennessee. Real life paper salesman turned pastor, Michael Spurlock (My Big Fat Greek Restaurant’s John Corbett) is using his salesman abilities to shut down the All Saints church in Smyrna. The church has a whopping 12 members, and an $850,000 mortgage that they are super late in paying. His goal as the new pastor is to ease the minimal congregation into the idea of shutting down the church, and move them over to the next town’s service. However, when he actually gets there and sees the people first hand, Michael has a change of heart. He sees the good there, but the his higher ups in the Episcopal church aren’t exactly keen on keeping a church open that is not making its ends met.

Believing that God has called him to this church and called him to keep it open, Michael gets the brilliant idea of letting the newfound Karen refugees (Burmese relatives) help him open up a farm on the church property. With the profits from the farm they can keep the place open, AND he can use it as a ministry tool to help bring in new members of the community. Well, things don’t exactly go as planned. Instead of the massive miraculous situation where God comes in and saves the day, Michael and his flock face one obstacle after another. Even though they seem to get out of them in the nick of time, there is this sense of immense failure hanging over the head of the church. Even Michael begins to question whether or not he actually heard God calling him to do this, or whether he was inserting his own thoughts into the equation. A fear that may end up dooming the project as more and more realities that the naive preacher keep stacking up every day. 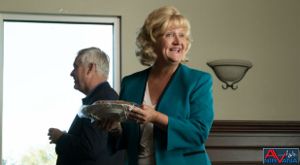 The miracle of All Saints is that it pulls off a decently compelling Christian story WITHOUT a whole lot of melodrama. Most of the film just glides right on through with an uplifting tale that doesn’t try to manufacture some spiritual awakening, or try and beat you over the head with some spiritual lesson. Instead it just allows the humbling story to unfold naturally and even introduces the concept of human fallacy in a God driven narrative. To make matters even better, the film takes place and is filmed on location at the original All Saints Church in Smyrna, Tennessee. AND many of the Karen people in the film are the actual parishioners from said church. A move which gives the film a sense of honest authenticity. Corbett and Cara Buono give the film the Hollywood grounding it needs to be relatable, and the rest of the cast does wonderfully at filling in as general people without feeling like they’re C list actors.

All Saints is refreshing and honest in the way it handles spiritual conflicts. One of the most poignant and realistic situations is with people questioning if Michael is hearing God’s will (even Michael himself), or whether it is his own savior complex. It’s never handled snidely or crudely, but honestly as the people involved are trying to discern Gods will, and are trying to wrestle with the constant fear of whether they are hearing it, or just projecting their own wants and desires. Something every believer has to contend with and struggle with in their own walk. Michael is relatable and sincere, and you see his many flaws in the way that he navigates the path, as well as the true desire to follow God’s will, making him one of the better representations of a Christian in modern film making. There are a few slow parts, but the 109 minute film actually is pretty smooth sailing and aside from a couple of poorly written lines, quite well crafted for the genre.

Sony’s all digital production was definitely shot with a low budget, and the style of the original shooting doesn’t lend itself to stunning cinematography, but the overall picture quality of the 2.39:1 framed film is more than competent for the job at hand. Fine details are good enough, with clothing and facial details showing up well, and the outdoor daylight shots looking the best of the batch. Most of the time the colors are a bit muted and flat, with splashes of brightness in the color saturation levels (such as when Michael goes over to Forrest’s house to beg for help). Black levels look a bit gray and washed out, but overall clarity is serviceable and core details are well within acceptable levels.

The film’s 5.1 DTS-HD MA track fares much the same as the video does. It’s a competent encode, but rarely does it ever “wow!” or pop very much. Dialog is well crafted and stays right up front in the center of the room, but outside of that, the film doesn’t have a wild presence. It handles the vocals and some minor background noise ( a tractor rumbling around the sound stage, or a delivery truck roaring by the church), but the surrounds are fairly limited and outside of the opening and closing credits the LFE channel really doesn’t remain active for much of the run time. There is nothing WRONG with the clarity or fidelity of the mix, it just isn’t asked to DO a whole lot outside of delivering dialog.

All Saints probably won’t be up there with the highest echelons of religious films, but it IS a well crafted film that really works without devolving into the ever present need to roll around in the mud with copious amounts of melodrama, like so many others of its ilk. It’s well acted, well paced, and gets its message across without beating you over the head with it. I thoroughly enjoyed watching All Saints and it functions as a good family drama for those of you who enjoy uplifting, faith based, stories. Sony’s Blu-ray is competently done, with some moderate extras, allowing yours truly to give it a single thumbs up.

Thanks for the review. Never heard of this one.. Will check it out once on Amazon prime/netflix.