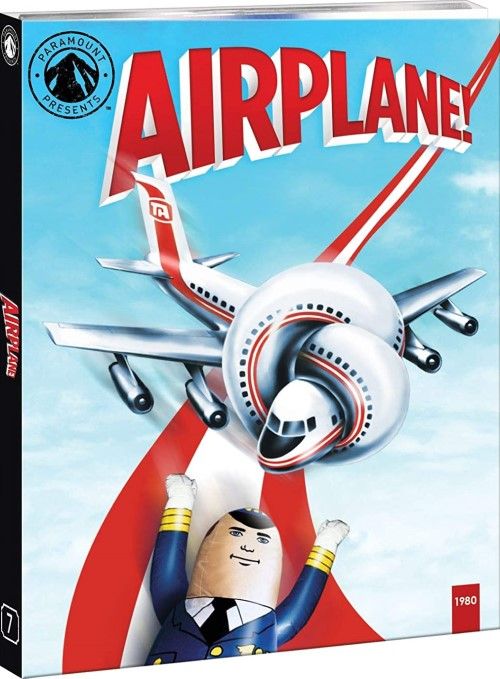 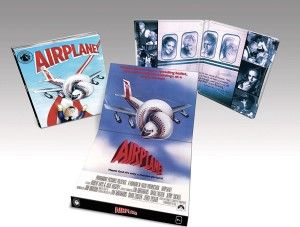 Movie
Counting as #7 of the 8 “Paramount Presents” titles (Ghost was the 8th, and released the same day as Airplane! But Airplane! was sent out a little later than Ghost was due to shipping issues) that are given a nice new 4K remaster, and it’s a genuine classic title to get remastered. I can think of very few classic comedies that hold up as well as Airplane! has, and very few comedies that are as laugh out loud funny as well.

Back in 1980 we were just coming out of the slew of disaster films that the 1970s gave us (films like Earthquake, Towering Inferno, Airport, The Poseidon Adventure among many others) and the idea of lampooning films with Leslie Nielsen was just kicking off. The film creates a sort of “disaster” of it’s own, and then latches onto the concept of lampooning anything and everything about 1970s (and early 1980s) culture along with an incredibly acid wit, and penchant for adult humor that leaves one wondering just how it could have gotten a PG rating back then (yeah, yeah, I know, 1980 was before Gremlins and The Temple of Doom prompted the MPAA to create another rating classification. But it’s just incredibly shocking to hear certain words, see certain jokes, and watch boobs bounce across the screen in a PG film).

The film’s plot line is paper thin, but that’s really not much of a problem since the basic premise is nothing but a springboard for countless sight gags and linguistic pun humor. Ted Striker (Robert Hays) is a PTSD ridden fighter pilot who is still reliving his last failed mission. His PTSD has kept him from a steady job as well as ruined his relationship with girlfriend Elaine (Julie Hagerty, who also happens to play Peter’s mother in law on Family Guy for the last 20 years) who happens to be a stewardess. Hoping to catch her before her next flight and take her away somewhere, Ted arrives just as her flight leaves, and is forced to buy a ticket so that he can get close to her. However, a mysterious food borne illness strikes a good chunk of the passengers (including the pilot and co-pilot) forcing Ted to overcome his fears of flying and land the plane before they all go down in flames.

As I said, the plot is really just a vehicle for the gags, and not the most important part of the movie. What really is the main event is the deadpan and slapstick humor that is basically infused into every crevice, every corner, and every facet of the film. It’s no small help that this is a star studded cast of comedians who are firing on all 4 cylinders throughout. Robert Hays does incredibly well (especially in the scenes where he LITERALLY is talking himself to death) and Peter Graves is hilarious as the captain (they created one of the greatest “who’s on first” scenarios with Kareem himself and the navigator with the “what’s our vector Victor” scenes), but it’s really Leslie Nielsen and Lloyd Bridges that steal the show. Both of them bring their own brand of humor to the film (Lloyd with full on slapstick, and Leslie with his trademark deadpan style) and they are side splitting.

To be honest, while I love Leslie and Lloyd in the film, the entire cast does an amazing job. Even the side characters and other passengers on the plane never fail to disappoint. Watching the various passengers commit suicide as Ted talks them to death is absolutely hilarious, and the infamous “talking jive” scene is as classic today as it was 40 years ago. There’s a few jokes that miss the mark, but they’re so few and far between that they actually stand out like a sore thumb when you realize that they miss the mark (which says something as the entire film is one non stop joke firing one right after the other, and having only a few stand out as misses is incredible).

The new 4K mastered video for the film’s 2nd release onto home video is generally pleasing, but has a few caveats. I noticed that the grain structure is cleaner and more natural looking, without the artificial clumping and clustering of grain that was present in the 2011 disc. Colors are spot on, and fine detailing appears to be very impressive. However, there appears to be some mild DNR and some artificial sharpening going on that gives it a slightly unnatural appearance. Faces are a bit softer than I remember and the sharpness is a bit strange when one is familiar with 35mm film. It’s still a good looking film, but the cons make the pros a little less startling, and even though I’d probably choose this over the old 2011 disc, it’s only by the barest of margins and thus gets the same 4/5 rating that I gave the original disc back nearly a decade ago.

Like all of the Paramount Presents titles, Airplane! sports the exact same 5.1 DTS-HD MA track that has been present for all iterations of the of the 2011 disc and it’s several re-pressings. The track is fairly vibrant and strong, with good vocals, and some nice surround activity in scenes like the infamous “Staying Alive” musical number, or the rattling and rumbling of the cockpit noises. LFE is punchy and perfectly good all around, but I did notice some weird harshness later on in the mix. Especially during the screaming and yelling from the people in the cockpit. It’s a good mix, and still holds up some 9 years later, but Airplane! Has just never been a jaw dropping mix, and never will, but the DTS-HD MA lossless track does everything right for the midrange track. 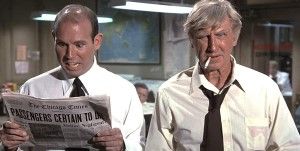 Airplane! is still one of THE funniest movies of the 1980s and holds up today almost as well as it did 40 years ago. The humor is spot on hilarious, with sight and linguistic gags lampooning everything in sight, and the all star cast just blasting this one straight out of the water. The new 4K remaster is a bit disappointing (not that it’s bad, just that the difference between the two releases isn’t as staggering as I would have hoped for) and Paramount continues in their bizarre pattern of adding new special features to enjoy, but also deleting legacy ones, so those of you who are collectors will want to keep both releases. It’s a good disc, a good package, and still one hilariously enjoyable film after all these decades.

One of the all-time greats. Hilarious. I've easily watched this film 50+ times. We had a copy of it on BetaMax when I was a kid (probably recorded from HBO) and I watched it endlessly.

I will say, I'm a little surprised they chose the Airplane flyer for the foldout artwork. 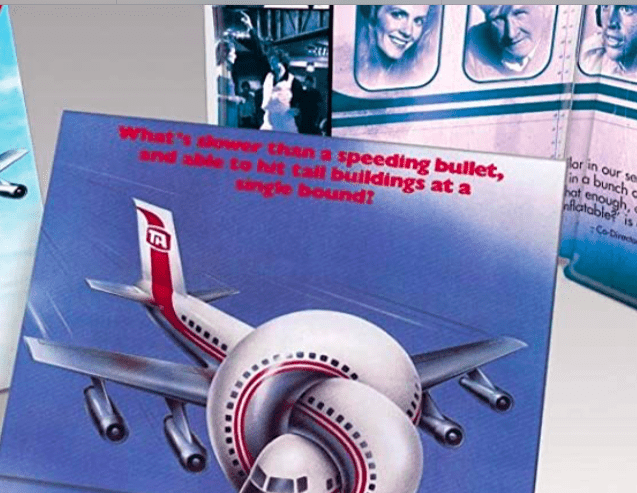 That was obviously pre-9/11... but, perhaps in the name of history, it's best they kept the original art and intent intact.

Thanks for the review. I agree, great movie to have.

Michael, I couldn't agree more with your assessment. Not only is this one of the funniest movies from the 1980s, but of All Time. So many LOL moments.

Todd Anderson said:
One of the all-time greats. Hilarious. I've easily watched this film 50+ times. We had a copy of it on BetaMax when I was a kid (probably recorded from HBO) and I watched it endlessly.

I will say, I'm a little surprised they chose the Airplane flyer for the foldout artwork.

That was obviously pre-9/11... but, perhaps in the name of history, it's best they kept the original art and intent intact.