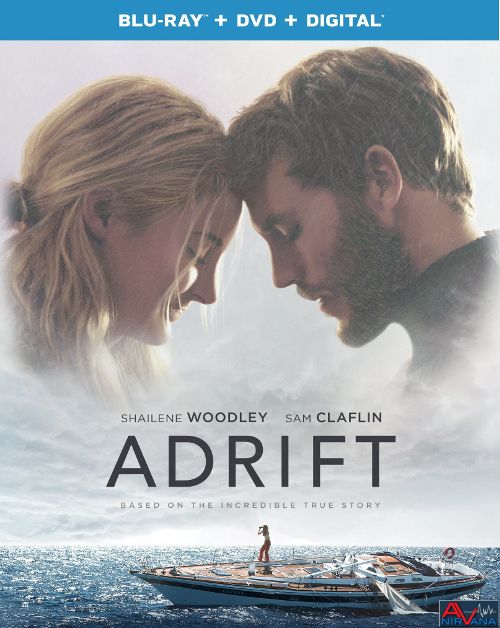 Movie
Survival stories are about as old as time, and one of the biggest staples of cinematic adventures. We’ve been throwing people on life rafts, desert islands, and the back woods of the burgeoning U.S.A, for years. The idea of fighting against the largest threat to man (nature) and actually coming out on top has been fuel for fiction for years, and the basis for many a real life story as well. Baltasar Kormaku’s latest thriller checks off the appropriate boxes pretty easily, sticking a young woman and young sailor in the middle of a wrecked boat and letting them drift along in hopes of survival. The sea is already a terrifying place, so stick an accident in there and you’ve already got the framework for a good thriller. Most of you may not be familiar with Baltasar’s work (most of them are fairly unknown films), but he has made a few blips on the radar such as the hilarious action movie 2 Guns, the moderately entertaining Contraband, and the wildly amazing film Everest that swept cinemas a few years back. He has a wonderful eye for capturing nature at it’s mightiest, and I was more than eager to watch the film after I learned of the true story of Tami Oldham and her fight to survive for 41 days out at sea.

The opening scene of the movie sets the entire theme, and does so magnificently. We are introduced to our main character within seconds, as she wakes up in a trashed boat which is nearly destroyed by a passing storm. Desperate to find her traveling companion, she is left sobbing in the middle of the ocean, with no hope of survival. I’m going to be light on the details here, because this is a film that is best watched as it unfolds, but the basics of the films are pretty easy to grasp. 24 year old Tami Oldham is a free spirit, living life as its thrown at her. Leaving home at 18, she has traveled half way around the world from her native San Diego, and happens to run into Brit, Richard (Sam Claflin) who happens to be sailing around the world himself. The two instantly fall head over heels for each other, and as they becoming more and move involved, the two begin sailing more and more.

The crux of the situation occurs when one of Richard’s rich acquaintances are forced to go back to England, leaving Richard and Tami to sail their boat back to their pier in San Diego. Taking the voyage (and the $10,000 retainer for doing so), Tami and Richard set out on an adventure that we all know (thanks to the opening of the film as well as the title) is going to end in disaster.

Told in a mixture of flashbacks and present scenario scenes, we get to slowly see HOW the two lovers end up on a trashed sail boat and left to fend for themselves against nature. Although this is a survival story at heart, it is just as much a love story between two people, with the story giving equal parts to the survival story and the budding romance between the two adventurers. Baltasar Komakur is no stranger to thrilling “man vs. wild” stories, but his opening act is truly amazing. It sets the pace for what is to come, and he utilizes a unique set of flashing back and forth to keep things fresh and interesting. My only complaint is that the middle of the film gets a bit sluggish and drags the film down a few notches. That and the “twist” was one that was actually seen a mile away (at least to me).

What really sells the film is the chemistry between the two leads. I’m not a wild fan of Shailene Woodley, but she actually pulls off the dramatic role here quite nicely. She shows a great range of emotions with her sheer terror and unbridled desperation to live. She loses some of her footing with the overly sappy “reveal” near the end, but she handles herself quite nicely up until that point, and her chemistry with Sam Claflin is quite believable. Claflin is actually the shining star of the film, as his penchant for playing slightly sensitive men makes him perfect for the role of the wounded Richard as he has to encourage his girlfriend to survive no matter what. It’s this combination of soft vulnerability from him, and the aggressive nature of Woodley that makes their symbiotic relationship that much more appealing.

I couldn’t pull up any information about the cameras used EXCEPT for the fact that the Arri Alexa symbols came up in the credits of the films, so I”m going to assume that the typical Arri digital cameras were the source for this film. Shot ON the boat for the most part (besides a few dry land sequences in the opening and flashbacks of the film), the movie is nothing short of spectacular. With a light blue and gold tinge (gold being predominate in indoor shots at night), details are absolutely superb, and clarity is about as razor sharp as can be. In fact, I almost have to rate this a 5/5 if it wasn’t for a few small bursts of banding underwater (underwater is notoriously brutal, and shows banding more often than not), as well as a few soft long focus shots while out at sea. The lovely shades of blue and white sparkle in the sunlight out in the ocean, and the deep dark recesses of the cabin are inky black (with a few hints of crush inside the cabin a few times). This is a film that truly shines on Blu-ray, and well worth watching for the ocean demo material alone.

Being out on the ocean I was expecting a solid track, but this is another truly superb 7.1 DTS-HD MA mix from Universal again. The raging of the storm provides a cocoon of cacophony, and the spacial elements of the track really open up with the lapping of the waves around the boat, birds screeching overhead, and the ambient swoosh of water flowing all around. The storm near the end of the film is jaw dropping in its intensity, raging and roaring around the entire listening position, and changes direction at will with amazing speed. The bass is usually impressive, but that end storm is enough to vibrate the nails out of your drywall, and continues on for an incredible amount of time. Dialog is always crisp and intelligible, locked up front in the center of the room, and even amidst the squall, you can hear every word without straining against the wide dynamic range too much.

Adrift is a very competent and suspenseful “man vs. nature” story, and one that is surprisingly accurate to the book from what I was able to ascertain. There is a dramatic sense of tension that remains high throughout the entire hour and forty minutes, even though the center act does get a bit sluggish, and the surprise “twist” was something that I personally could see coming from the very beginning of the movie (it seemed almost blatantly obvious to me). Universal’s technical specs are top notch, giving the Blu-ray near perfect video and audio, along with a rather healthy array of extras to boot. While I wouldn’t go out and buy this day one, it’s definitely worth checking out if you’re one who enjoys suspenseful survival story. Recommended.

Funny you published this now... I was on a flight yesterday and quite a few folks were watching it on inflight entertainment centers. I couldn't figure out what movie it was - and was about to shoot you an email to see if you could tell me!

Looks interesting. Perhaps a bit reminiscent of that Robert Redford / JC Chandor flick from a few years ago.

Unfortunately I saw the end (no sound)... but I might still give this a whirl in the theater room.

Thanks for the review. I will see it once available on amazon prime/netflix.

Todd Anderson said:
Funny you published this now... I was on a flight yesterday and quite a few folks were watching it on inflight entertainment centers. I couldn't figure out what movie it was - and was about to shoot you an email to see if you could tell me!

Looks interesting. Perhaps a bit reminiscent of that Robert Redford / JC Chandor flick from a few years ago.

Unfortunately I saw the end (no sound)... but I might still give this a whirl in the theater room.
Click to expand...

You're thinking of All Is Lost with Redford. Good movie. Not sure i'd compare them tooooo much, but both solid flicks. I'd give the edge to All is Lost though

That's exactly the one! If I remember correctly, All Is Lost has about two lines in it! Yes?

Todd Anderson said:
That's exactly the one! If I remember correctly, All Is Lost has about two lines in it! Yes?
Click to expand...

yup, that's the one