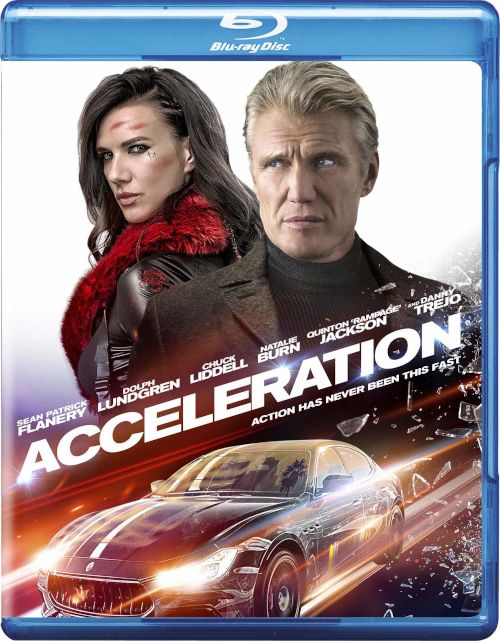 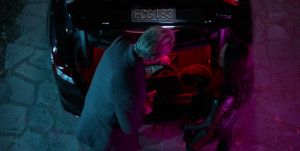 Movie
I’m going to guiltily admit that I have a thing for Dolph Lundgren films. Kind of like Van Damme, he’s an actor that I’ve followed throughout his career after being hooked by their 80s action flicks of yesteryear. Like many an 80s and 90s action hero, their star has fade from the public eye and they’re forced to do DTV movies in order to stay afloat in the movie industry. The thing is, not all DTV movies are created equal. While there’s more than their fair share of flops and cringe worthy attempts, some actors still manage to pump out watchable time wasters, ala Jean Claude Van Damme. Others, like Steven Seagal, have put out nothing but garbage for the last 15-20 years and it’s pretty much a foregone conclusion that you should skip their newer DTV movies. Then there’s people like Dolph who lie somewhere in between on the spectrum. Some of his movies are cringe worthy garbage, while others actually end up being rather fun. He’s had this particular cinematic bent for the last 30+ years, even in his heyday, so I tend to give the hulking Swede a chance before I write off even his newest movies. This one….well…..lets just say that the poor guy had better have gotten a decent paycheck for Acceleration, as he looks about as bored as can be, and just waiting for the director to yell cut so that he could take a nap and forget about the day.

What’s up with the modern direction of film making? It seems that it’s become ever more common to start the film out at the END, with some giant gun battle or fracas, only to jump back in time to the beginning of the story and lead us back to that opening moment for the end of the story. It’s a technique that can be cool in limited circumstances, but has become so prevalent in movies and TV shows that the introduction of the technique now just comes off as grating and tired. Either way, Acceleration is not about to be elevated by a few taudry cinematic tricks, as there’s not much in the gas tank to begin with, if you know what I mean. The plot is kind of hazy and frustrating from the beginning, just barely cluing us in to the fact that Rhona (Natalie Burn) is being blackmailed by the criminal Vladik (Dolph Lundgren) into pulling off some hits for him. The leverage is that Vlakik has Rhona’s son Mika (Dobromir Mashukov) hostage and will kill him if she doesn’t complete her jobs. Simple really.

Well, yes and no. It seems straight forward enough, but director/co-writer Michael Merino is intent on making this some convoluted mystery as well. Characters come and go, hinting at something bigger and more sinister, while simultaneously being extremely vague about their connections and using lack of given information as a way to create a sense of mystery. Basically, the plot and the connections are as confusing as humanely possible in an effort to make it “mysterious”. It’s not until the final act that Merino drops the confusion charade and force feeds you the extremely generic “twist”, and pits both Vladik and Rhona against the all evil Kane (Sean Patrick Flannery), bringing us full circle to the shoot out at the beginning of the film.

Dolph is strangely sidelined as the villain (kinda) throughout the movie, and he looks rather ragged and bored too. He gets to ham it up a few times over the phone with Rhona when he’s threatening Mika, but when he comes out from behind the computer screen he looks tired and just worn out. Even the fight with him and Chuck Liddell looks really awkward as both aging martial artists looks creaky and stiff. Either a side effect of the weak choreography or just the simple fact of getting into your 60s and still trying to kick butt. Oddly enough, the best acting comes from Sean Patrick Flannery, who totally has a ball as the maniacal crime lord Kane. Academy Award winner Sally Kirkland plays a brief cameo as the waitress in the dive restaurant that Rhona stops off at, but other than that, this is your typical crummy DTV acting and story telling. Actually, a little worse than your typical DTV movie if I have to put it bluntly. 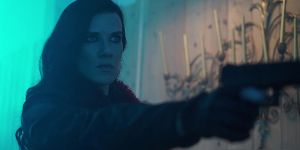 Just looking at the digitally shot 1080p Blu-ray you can tell that director Merino and cinematographer Jan-Michael Losada wanted to recreate the visual aesthetics of John Wick, bathing the entire production in huge layers of bright purple, blue and teal coloring. Mix that in with the fact that the movie takes place over night with a limited cinematic budget, the entire thing feels a bit soft and lacking in massive amounts of fine detail. There’s some good close up shots, and some nifty overhead shots of Rhona running around in her souped of car, but there are also quite a few scenes with excessive digital noise and some wavering lines that come into a few severely noisy scenes. Close ups can be exceptionally revealing when they want to, and even some of the faraway shots can as well, but the general inconsistency leaves the image just being “rather good” than exceptional. 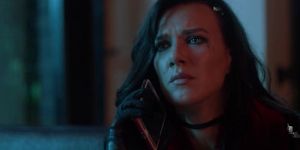 The 5.1 DTS-HD MA mix is perfectly serviceable, with lots of heavy bass running throughout the score, as well as accentuating the action bits. Dialog is always crisp and solidly locked up in the front of the room, while there’s some neat panning effects as Rhona drives around in her souped up car (which I guess is where they got the title Acceleration from). Surrounds are generally active, and the overall ambiance is well done for a DTV flick. Checks off all the proper boxes for a good mix, and doesn’t have any digital anomalies in the track for me to really complain about.

Acceleration really doesn’t accelerate out of first girl for most of the movie, and even when it does get a bit fun, it’s mainly due to the supporting characters like Sean Patrick Flanery (who’s actually a hoot to watch as he hams it up as the gimpy mob boss). Natalie Burn is serviceable as a off mother who’s going to do what it takes to get her child back, but the lackluster action choreography really doesn’t help her sell the role of being a bad mama that well (even with the inclusion of quite a few stunt men, MMA fighters and martial artists in general). As a Dolph Lundgren fan I wanted to like this one and would have hoped for one of his better DTV films, but sadly this one is straight to the “skip it” pile for me.

Thanks for the review. Will skip it based on this.