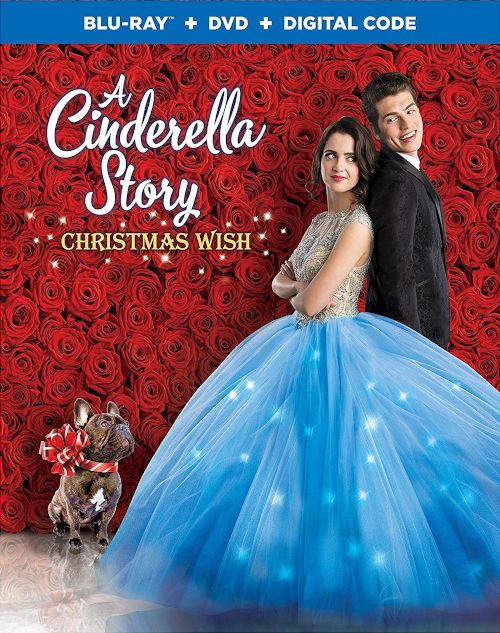 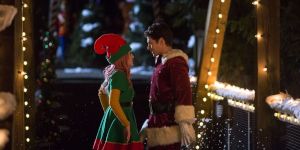 Movie
Oh dear, it’s that time of year again. Does anyone remember A Cinderella Story with Hillary Duff and Chad Michael Murray? It was a moderately successful and entertaining retelling of Cinderella in modern times that was really spurred along due to the popularity that Hillary Duff still held during 2004. I enjoyed it for what it was, and thought of it as a cute and fluffy re imagining of a classic for the new world that didn’t taint the original, but for some reason Warner has continued milking that particular cow way past the expiration date. 4 years later we had a sequel with Selina Gomez that actually retold the same story nearly beat for beat, just with different actresses. Then came a THIRD film in 2011 that dive bombed badly, so what could POSSIBLY make any more sense than to get a fourth retelling of the same old tale some 8 years later?

The real “twist” for A Cinderella Story: Christmas Wish is that it’s a new remake of the same tired and cliched old A Cinderella Story plot mixed in with a Christmas story at the same time. Clever right? Well, OK, maybe not so much clever as desperate, but you get where I’m coming from. The plot revolves around downtrodden stepsister Kat Decker (Laura Marano), who is living with her evil stepmother Deirdre (Johanna Newmarch) and her two stepsisters Joy (Lillian Doucet-Roche) and Grace (Chanelle Peloso). Naturally she’s treated like a slave by the three sanctimonious women, and is forced to do the laundry, clean the house and work part time to make ends meet while Deirdre and the other two get to live off of the inheritance that Kat’s father left her.

All Kat wants to do is to sing and be a popstar, while pining over the hunky Dominic Wintergarden (Gregg Sulkin), son of billionaire Terence Wintergarden (Barclay Hope). Her emotions are split when she starts to fall for the cute and charming “Santa” in her little work program (she works as one of Santa’s little elves for Mr. Wintergarden’s Christmas show), only to find out that he IS Dominic Wintergarden under all that makeup (Surprise, surprise! They must live in Metropolis where just putting on a Santa costume completely disguises your voice and fools people into believing you’re not Superman!). The two click and instead of a ball, Kat is invited to the local Wintergarden Christmas Gala, only to be thwarted by Deirdre and her conniving machinations to get in with the wealthy Wintergardens. Now Kat needs a Christmas miracle to get into the gala and hook up with the guy of her dreams, and get rid of her evil step family once and for all.

Ugg, I was honestly banging my head against the wall the entire viewing of A Christmas Wish. The film literally replicates all of the basic steps of the previous 3 A Cinderella Story films, just without the fun and creativity of the first one. Oh, and of course pulling in a Christmas movie out of the hat as well. In reality the film isn’t as bad as most of the Hallmark channel type movies, or most DTV movies out there, but this is completely rote and predictable to the extra, filled with teenager bubblegum pop situations and overacting supreme from the stepmother/sisters. Teeny bopper pop music fills up the downtime with your typical auto tuned sugary sweetness, and at the end of the day this is about as entertaining, or successful as the previous two sequels to the 2004 Hillary Duff film. Which means it’s pretty cringey.

Shot digitally, A Cinderella Story: Christmas Wish looks as glossy and shiny as can, with a sun kissed bright transfer that is just as bubbly and colorful as you could expect from a new release film. Color grading is very neutral in tone, letting us see all the colors of the Santa and Elf costumes pop off the screen with deeply saturated primary hues, and no apparent layer of Blue/gray/yellow that is so prevalent in films these days over the top. Blacks are deep and inky, and fine details are incredible, ranging from the pores on Deirdre’s aging face, or the little crystals and lace work on Kat’s dress at the end. There’s some very mild softness in a few outdoor scenes, but overall this is about as crisp and clean and image as you’re going to get on Blu-ray. 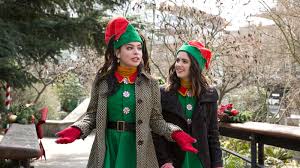 The 5.1 DTS-HD MA track is peppy, poppy, and rather rambunctious with all of the pop music slathered throughout the 85 minute runtime. Dialog is replicated perfectly, and the surrounds get a solid amount of background activity at the Gala, as well as the hustle and bustle of downtown. The auto tuned music flows throughout all 6 channels, adding 99% of the LFE response in the track. Overall, a simple DTV track, but one that sounds clean and is effective in what it does. 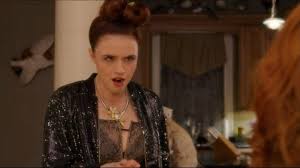 At the end of the day I have to remind myself that I’m not a tween like the intended audience, so I won’t be able to get as much out if it, but A Cinderella Story: Christmas Wish is about as tired and well worn as could possibly be imagined. It’s devoid of anything but over acting and cheesy Disney channelesque humor, with a sprinkle of Christmas time strewn throughout. At least Warner’s Blu-ray looks and sounds great though, but once again the extras are a tad sparse. Personally, unless you’re a tween girl, I’d skip it.