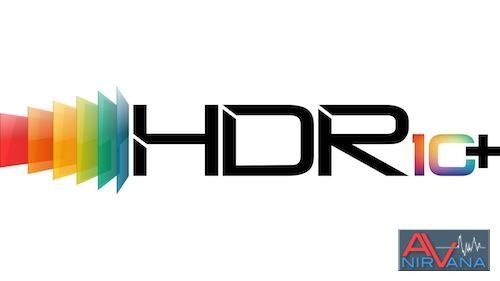 (April 23, 2020) The premium HDR format war recently shifted in Dolby’s favor, as 20th Century Fox, a founding member of the HDR10+ Technologies consortium, has indicated its moving support from HDR10+ to Dolby Vision. As reported by FlatPanelsHD.com, 20th Century is “seemingly abandoning the HDR10+ format… after Disney acquired the film studio.”

Initially established in 2017, the HDR10+ Technologies, LLC (formed by 20th Century Fox, Panasonic, and Samsung) was created to push HDR10+ as an attractive alternative to Dolby Vision. Now, due to 20th Century Fox and Panasonic straying from a hard-and-fast loyalty to HDR10+, Samsung is the only founder solely supporting the format.

According to FlatPanelsHD, Disney has been an ardent supporter of Dolby Vision HDR and Dolby Atmos immersive sound, and recently removed 20th Century Fox employees responsible for shifting the studio from Dolby Vision to HDR10+. While content from other studios is still being created using Dolby Vision’s rival, Disney’s move to Dolby’s camp could prove to be a severe blow to the health of the format.
Last edited by a moderator: Apr 27, 2020

Disappointed in this move away from HDR10+

Interesting, because Dolby Vision is licensed, HDR10+ is open source/royalty free. You’d think the opposite would be happening.

Huh? Move from a format that is achievable, or at least close, in a lot of displays on the market right now (not projectors!) and over to a format that won't be achievable for quite some time. What's the brightest panel on the market right now outside of grading panels? 1000nits? There are several panels that can fully achieve DCI P3, and even some projectors (at a great hit to dynamic range), but I don't know of too many outside of the studio that can hit rec.2020. HDR10+ did everything the consumer needed it to without extra costs. Sometimes I just want to beat my head against a wall.

Dolby Vision has backward compatibility with HDMI specifications to 1.4b... HDR10/10+ requires HDMI 2.0a. That might have something to do with it.

I believe that Samsung has several panels that can hit 4,000 nits... Sony too?

Companies might be looking at the vast creative capabilities afforded by DV, opting for that?

Todd Anderson said:
Dolby Vision has backward compatibility with HDMI specifications to 1.4b... HDR10/10+ requires HDMI 2.0a. That might have something to do with it.

I believe that Samsung has several panels that can hit 4,000 nits... Sony too?

Companies might be looking at the vast creative capabilities afforded by DV, opting for that?
Click to expand...

I think that backward compatibility flies in the face of the industry itself. None of them care about that. But it would make sense that it would be a studio to come to this conclusion first. Maybe the rest will follow?

The highest panel I've ever measured was a Vizio at something like 2200 nits on a 10% window. The Samsung (Q70 off the top of my head) I calibrated was less than a 1000 and looking over at RTINGs, I've never seen anything higher than the Vizio. Keep in mind I only look at the 'best' TVs there. I believe when they say 4000nits they're just throwing out some number. It's kind of like contrast ratio.

That's quite the bump as the F hit less than half of that.

This is a bummer, I wonder if Projectors will have to figure out someway to support and License DV then for HDR playback if more and more switch to that format. I like HDR10+ better for its license free platform. I did hear but cant recall a company that made a device that converts DV to HDR10 so I suppose that is one solution for Projector owners...

Hello @KazeOne, welcome to AV NIRVANA! You will enjoy the friendly and very helpful culture here.

For content mastered in Dolby Vision HDR and HDR10+ it's mandated for the content to include a base layer of the SMPTE HDR10 standard and all HDR capable a/v equipment can play the base layer HDR10. So you will not need any external device to convert Dolby Vision HDR or HDR10+ to watch and enjoy HDR content.
K

Oh! That's great to hear so Projectors that only support HDR10 can still get some kind of HDR from a DV source?

Yes, and this is where Panasonic's UB9000 4K HDR Blu-ray player/Smart streaming device will help you see a true HDR presentation with any HDR capable projection system.

Panasonic's UB9000 has a proprietary HDR Optimizer with two projector HDR tone mapping modes for low luminance and high luminance projectors. The HDR Optimizer tone maps HDR content to the peak luminance capability of your projector so it preserves all of the dynamic tonal range and color volume.
K