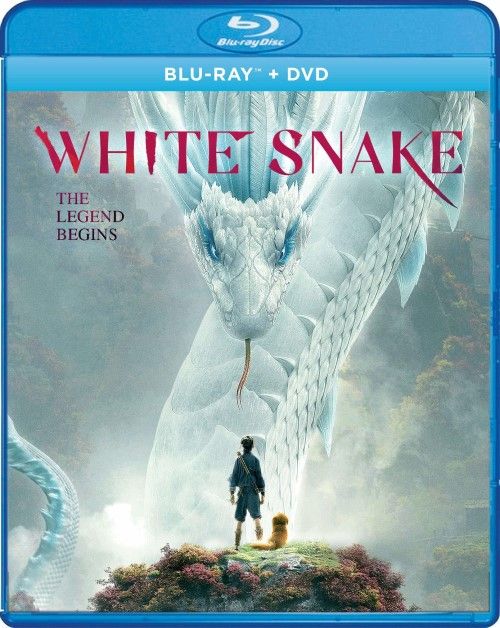 Movie
American Animation is at an all time high, but in many ways, an all time low. We have more animated films coming out each year than ever before, with studios other than Disney and Pixar actually rivaling the Mouse House and it’s offshoot blow for blow in many way (Dreamworks has come LIGHT YEARS from the small studio it once was), but there is also a lot of drek out there as well. There are fewer and fewer smash hits anymore, and more and more “meh, that was a decent sequel’ film. Sequels dominate the landscape as it seems creativity for something new is something that just isn’t attainable anymore, and Japanese Anime has even had it’s own slump. One of the rising stars of the animation world is actually mainland Chinese films. It used to be that China stuck to Kung fu movies and some epic dramas, but the gigantic cultural wellspring has been getting into animation lately, and stirring things up quite a bit. Big First & Begonia was probably one of my favorite animated films of 2018, and with White Snake being another massive hit over in China I was eager to see what the Chinese were up to this time.

White Snake is actually a prequel to a famous Chinese story that has been told through live action film and TV shows over the year. If you’ve watched Chinese fantasy, or dramas, you’re probably familiar with The Legend of White Snake, which deals with the star crossed lovers of a white snake spirit and a young man named Xuan. There’s been countless films and shows over the famous legend, as well as Operas and stage plays about it. The most recent memorable film being Jet Li’s The Sorcerer and the White Snake, which sadly flopped for American audiences. White Snake actually sets the stage for the original story, going back 500 years where the white snake spirit and Xuan actually met for the first time. It’s a bit different, and the pacing is sometimes odd, but the rotoscoped animation is breathtaking and is a mesmerizing array of colors and epic battles.

White Snake begins in the “present” (so to speak) as Xiao Bai (the white snake) is mediating in a cave frustrated on why she can’t transcend from this plane to become a higher being (something rather common in Buddhism). However, she’s approached by her sister Verta who explains to her that her constant failure to ascend is because of a hidden memory, and gives her a jade hairpin that was actually Bai’s to being with, unlocking said memory. Then we’re transported back 500 years (to the Tang Dynasty by all estimations) where we get to see where Bai and the boy Xuan actually meet.

Bai is actually from a clan of snake demons, e.g. snakes who have been given powers and can control magic as well as shape shift into human form. Their master, the snake queen, gives Bai orders to assassinate the Tang general who has been stealing snake magic and practicing Taoist dark magic to increase his powers. Thousands of snakes are being slaughtered to fuel his dark magic, and this is their attempt to stop him. Bai ends up failing in her mission against the general, and ends up being blasted out to sea, where she wakes up without a memory of who she is. There she meets Xuan, a young boy with a carefree spirit who instantly is smitten with the demon, thinking she’s human. Xuan offers to regain her memories, as the only thing that seems to give her a flicker of insight into who she was is a jade hair pin that seems to come from a mysterious magic shop near Yongzhou.

Traveling to the magic shop has it’s own perils, as snakes seem to attack from all angles, and the generals men are looking for Bai to finish her off. To make matters worse, when they DO get to the magic shop, it’s revealed that Bai is actually a snake demon, and the matters of the heart are outweighed by a cruel world that would keep Xuan and Bai apart. However, in true “Romeo and Juliet” fashion, nothing will keep the two lovers apart, even an evil Taoist practicing general, a double crossing snake demon queen, and the entire human race.

White Snake is a charming, if not slightly flawed, film. I really really enjoyed the relationship between Ah Xuan and Xiao Bai. The two star crossed lovers seem to gain a genuine affect for each other, even if the story sometimes moves the romance along at a rather rapid pace. The film’s battles are incredibly epic, and combined with a new form of rotoscope animation, make for a jaw dropping Blu-ray visual experince. One thing that actually annoyed me a bit, and brought the film down some, is the fact that the editor makes some strange cut scenes. Romance scenes do a fade swipe directly into an attack, or certain scenes end only for them to pick up later on in the story. The cuts seem kind of jarring, and this caused me to rewind and watch what I had just seen in order to make sure that I was actually understanding it. As with many Chinese films, a basic understanding of Chinese astrology and mythology comes in handy, but if you’re patient you really don’t NEED to know that sort of backstory. Although it does certainly help.

The 2.39:1 scope image is breathtaking on Blu-ray, and is a wild display of bright and varied colors. The film is animated through rotoscoping (drawing over images of real people in an effort to create realistic animation) and then tweaked a little. The animation quality is usually fantastic, but I did notice that the lower $12 million budget did leave some weaknesses in their ability to create digital perfection. The transfer is nothing short of PERFECT, but the soure animation occasionally looks a bit lackluster in the detail department, and some of the movement is a bit herky (such as when Xuan is about to become a demon, or with the Snake Queen getting frozen in ice. You can’t miss it). However, the other 95% of the time the animation is just GORGEOUS to behold. Colors are off the chart, with jade green, white’s, blues, orange tails, and all sorts of other colors that just make the image sparkle. Details are excellent except for some source animation issues as I said above, and blacks are silky and inky. There’s some very VERY mild banding that crops up on occasion, but it’s very subtle and in no way really detracts from the excellence that it is.
.

Even though it’s not a “fancy” DTS:X or Atmos track, the 5.1 DTS-HD MA tracks found on the disc are absolutely flawless. Shout Factory gives both the original Mandarin audio mix as well as an English dub, and outside of the language differences, the tracks are pretty much identical. Voices are clean and clear as expected, and the track is just a wild array of sonic delights. Wind whips through the grasses, snake hisses whistle in your ear, and the ambient sound of rain drops actually make it sound like a rain storm is going on within your house. This is also a bass powerhouse, filling the room with deep slamming LFE that is absolutely crushing. Bai’s snake form crashing into the pagodo is earth shaking, and some of the magical battles are just an onslaught of nuanced sounds and deep bass. I tend to like the Mandarin track as the dub is much more traditional and emotional, but the English track is just as good outside of the voice acting.

Honestly, I’m actually hoping for an animated version of The Legend of White Snake now, as the prequel was actually pretty impressive despite it’s flaws. It set the groundwork for telling the famous historical work of fiction, and with the box office grossing $67 million off of a $12 million budget, I’d say the chances are reasonably high. If you actually wait till the end credits, you see the fox demon setting the ground work for the villain in the classic tale, and leaving the door wide open for the sequel. Personally, I really do hope the sequel is made, as this was a fun animated romp that shows China is growing with leaps and bounds in regards to their animated films. The Blu-ray is simply stunning with great technical specs outside of the minimal extras. While it’s not a perfect animated film, it is a blast to watch and visually stunning. Worth checking out.

I saw this movie open for Motley Crue back in ‘87.

Hold on. I’m being told that was a different Whitesnake. Carry on.

thrillcat said:
I saw this movie open for Motley Crue back in ‘87.

Hold on. I’m being told that was a different Whitesnake. Carry on.
Click to expand...

Here we go again...on your own.