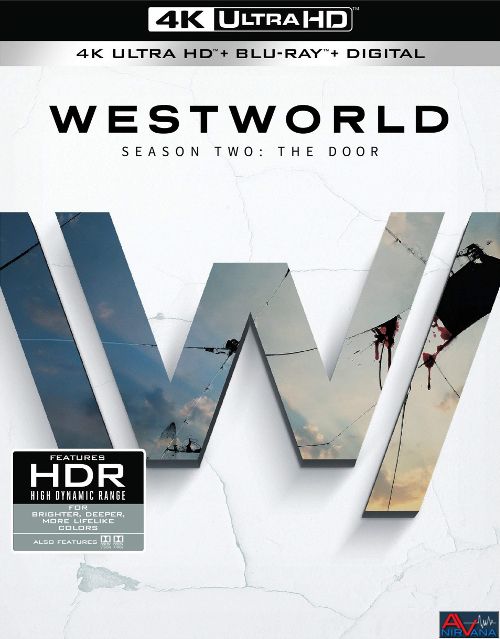 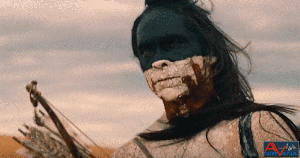 Movie
For those of you who remember my Westworld: Season One review last year, you will recall that I found it to be my absolute favorite show of the entirety of 2017, and for good reason. Westworld was a breathe of fresh air in a saturated “mature” Cable TV market, bringing with it a simple sort of complexity that just fed on keeping viewers attached to the screens like umbilical cords. There was a sense of awe, wonder and complete excitement to the show and it was taking the world of Cable TV by storm, both in ratings and word of mouth, with me tightly on it’s coat tails. I resisted HEROICALLY to watch the show as it aired on HBO, but instead waited over a full year to binge watch the second season in it’s entirety, just like I did the first, so that I could soak it up in one full blast instead of painfully waiting week after week.

The end result is slightly disappointing. Now don’t get me wrong and take it that I’m throwing away the series, or that the second season is bad by this declaration. It’s just that when you start out with such an incredibly strong first season as Westworld did, it can be difficult to follow it up with a second year that is just as strong, if not better. The creators hit pure gold with a stellar first year, and they tried to mix it up a little bit, adding in new situations, new scenarios and new ways of coming to the park and some of them didn’t always work. The essence of the show is still there, and with the massive twist at the end of the previous season, it opened up a ton of new different ways that he characters could evolve. Sadly, they wanted to keep things “the same” at the same time, which has the show in conflict with itself as it tries to grow and adapt, but yet is still forced to stay in the same location as it does so.

For those of you who haven’t seen the first season, I highly recommend skipping down a paragraph, as this will contain some pertinent spoilers from the 1st season.

After the last season twist with Dolores (Rachel Evan Woods) realizing that she WAS Wyatt and murdering the park’s creator, things are in chaos. The park is still up and running, with the board members desperately trying to smooth things over, but a small cadre of “freed” replicants led by Doloroes/Wyatt is causing havoc in the park. What would you do when you find out you’ve been used as a slave/puppet for the entertainment of others? Well, just as you’d expect, Dolores and her methods of “opening the door” are violent and brutal (remember, “these violent delights have violent ends”), taking her vengeance out on the visitors. Simultaneously the old Madam Maeve (Thankie Newton) is on a mission to find her daughter and NO ONE will stand in her way, and while the two of them are doing there thing, the rest of the park is slowly waking up as they realize what has been happening to them, whether by program or by experience, and the world of Westworld is slowly slipping into controlled chaos. 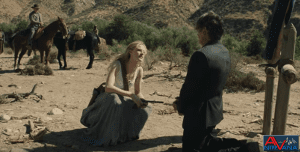 Like usual, there are multiple different sub stories going on at once, and I’m loathe to spoil those for you. The thing is, there are almost too many sub stories going on at once this year. It’s almost as if the powers that be thought that they needed to keep things fresh and different for the viewers, so they through in several competing ideas and let them going, like a wind up toy, in the show and observed how the audience took them. Some of these stories (such as Dolores and her new bents) work well, but others don’t work so well. The main “problem” is that the show has gotten TOO complex. Fans yearn for the days where there were two competing timelines in the show (one set 30 years prior to he main one), and the revelation of those two competing timelines was mind blowing! However, this season the show runners have decided to keep the mysterious more complex, and harder to guess, so they force mystery on top of mystery, while forcing in obvious red herrings to keep the audience guessing. Not only that, there are at least 6 different timelines without any sort of consistency or differentiation, causing the viewer to get confused as those overlap, which leads to inevitable frustration and throwing up of the hands.

With those caveats aside, Westworld is still a ridiculously entertaining series. The problems that are present in season two seem mostly a reaction to fans last season complaining of guessing things too early in series, and from what I can tell by interviews and comicon panels, something they plan on going back to in season 3. The good of the show can not be overlooked, as it sports an incredibly high budget and world class actors giving excellent performances. Ed Harris is pure TV gold as the simple man in black, while Jeffrey Wright and Evan Rachel Woods are allowed to grow and change this season. While Thandie Newton doesn’t play as important of a role in the second season as the first, she is a powerhouse on camera and turns in a performance than nearly rivals her legendary one from last year. 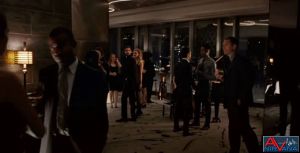 Last year’s release of Westworld on 4K UHD was met with mixed results, even though it showed some definite improvement over the Blu-ray. I really enjoyed the uptick in quality, but I was also watching it on an older TV at that point (just before I upgraded) so some of the issues present weren’t able to be fully understood (such as the weak HDR) until my newer gear revealed the lack of HDR on the disc, or some of the smoothness with added DNR that the picture displayed. However, the producers have shifted over to some nicer equipment, and instead of mastering in 2K, they mastered in 4K for this season and the results are quite impressive. The show’s “western” look is still present, with earthy tones of of the outdoors, and the behind the curtains scenes of the park (e.g., the reasl world) showing much brighter colors, with vivid reds, blues, and SILKY deep blacks. The use of HDR is much MUCH improved here, as the blacks are no longer great, they are absolutely fantastic. You can see every bit of shadow detail available, and the amount of clarity (both in daylight and dark shots) is mind blowing. Comparing them to the Blu-ray discs in this set shows great improvement in both nuanced textures (such as facial creases and lines on Maeve’s face), but also a sharp difference in how rich the colors are on screen.

Westworld has always had great audio tracks, and the upgrade to Atmos from the 5.1 DTS-HD MA track found on the Blu-ray is a welcome treat. The base track itself is wildly dynamic, with the sounds of Wyatt/Dolores thundering through the park showing off some great power and authority. Gunshots ring out with power (yet not overly cooked on the hot side like so many films/shows do) and great dialog. The LFE is punchy and guttural when necessary, but there are also long portions where quiet dialog takes the center stage, so the surrounds and LFE channel can fade into the background except for the score. The use of Atmos effects in the show is quite subtle and nuanced, even more so than last year. The overhead usage is mostly comprised of discrete environmental sounds, as well as a flicker here and there of outside influences (such as a helicopter). It's not wild and shocking, but if you listen, those directional shifts above and around you are quite impressive.

Season 2 of Westworld is a fun followup to the incredible season one, even if it the show runners do introduce too many subplots and try too hard to keep the viewer guessing. Some things thrown against the wall work, while others aren’t nearly as successful. Despite the down tick in quality from some of these decisions, Season 2 is an effective season that gives some great performances on screen. Everyone is truly excited with what they’re doing and the season cliffhanger was another one that just kept me begging for more. The tweaks and changes to the video mastering techniques from Warner have also resulted in better picture quality, and the audio and special features are every bit as top notch as the previous season’s were. My only “complaint” is that this year’s 4K release didn’t have the same collector’s edition Tin that the previous set did, so they look different next to each other on the shelf (although I will survive I think). At the end of the day, this show is a blast to watch, and the second season is definitely recommended as a fun watch.