Weathering With You - Blu-ray Review 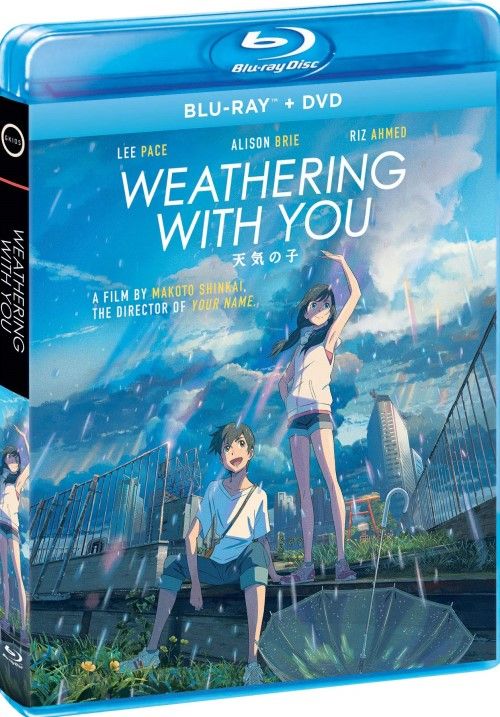 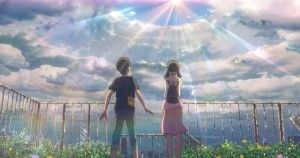 Movie
While Shout Factory has always had impeccable taste in anime that they choose to put out on home video, I was MORE than excited to watch Weathering With You as it was latest film by award winning director/writer Makoto Shinkai (5 Centimeters Per Second, Your Name), and after it became 2019’s biggest mega blockbuster of all times (in the animated department) I would barely wait. Well, the one thing that happens when you have expectations is that they usually aren’t up to what your mind creates for them. A highly anticipated film can be a bit disappointing due to building it up on a pedestal in your mind, and Weathering With You easily could have gone that route, if it wasn’t for the masterful direction of Makoto. Needless to say, I was absolutely blown away by the film, and feel that it deserved every bit of rabid praise that the anime community (and film critics in Japan) were heaping upon it. Weathering With You is Makoto’s masterpiece, a tour de force film that is a touching love story without being a romance, a whimsical fantasy tale, a dark drama, AND a fantastic film, all at the same time.

High school student Hodoka Morishima (Kotaro Daigo) runs away from home to Tokyo in hopes of something bigger and better than a small town life. However, his adventure of fun and excitement comes to screeching halt when he can’t even find part time work to pay the bills. Being that he’s skipped school and skipped home he doesn’t have the proper identification to get work (in Japan you have to have a school ID for just about anything), until he strikes a deal with a down and out newspaper columnist to be his stay at home “grunt”. To make matters even worse, the weather has become unnaturally dark and gloomy, raining for months at a time, even through the bulk of the summer.

Hodoka’s hopes for summer fun are pretty much dashed due to said weather, and he thinks that he’s doomed to a gloomy summer until he meets a pretty girl named Hina (Nana Mori). Hina is unlike anyone that Hodoka has ever met, as she has an uncanny ability to drive away the rain and bring sunshine out once more. However, her little “secret” may turn into something much more dangerous, as her ability to push away the rain comes with a dark side. A dark side that very well may destroy the budding love between two people. 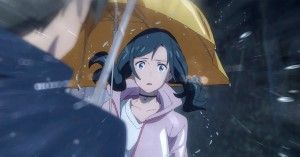 I won’t say much more about the story, as it is MUCH more impactful when you actually see it unfolding, and there are so many spoilers that I would have to give away to do so. Needless to say, the story is absolute perfection, as Makoto deftly weaves in love, pain, loss, drama, and pure fantasy together so seamlessly that it’s hard to see where one ends and the other begins. I was simply glued to the TV the entire film, and even at just barely under 2 hours, the film feels almost half that length. Makoto has outdone himself on the writing, crafting characters that you feel and yearn to see happy, as well as make them as so photo realistic as well. The drama is not over done, and while the film’s comedic moments keep it from going gloomy and bleak, the humor never overpowers the hefty story line.

The animation plays almost as much a part of the story as the writing does, and it is nothing short of jaw dropping. Every scene seems to have a unique purpose, with the animation and colors changing ever so slightly depending on what scene we’re watching. Visually the movie is nothing short of marvelous, and combined with the intricate story, we have a true winner on our hands 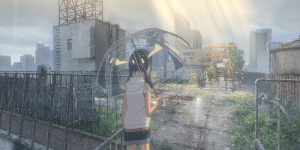 I said it up above, but this is an AMAZING film visually. Colors are everywhere, and the luscious hand drawn (it seems there may be a mix of CGI in the mix though) animation is jaw dropping. The Blu-ray encode handles the incredible visuals just fine, without any sign of banding, crush or artifacting ANYWHERE on the disc. The films is vividly saturated with all shades of colors, ranging from bright blues, reds, greens and pale pastel pinks. Fine details for the animated characters are magnificent, as there is nary a line that is jagged, or sign of haloing or other digital artifacts. This is one magnificent looking Blu-ray, and shout gave it the royal treatment with a hefty bitrate and didn’t have any of their “normal” encoding issues crop up. Well done guys, well done.

Like usual, Shout Factory has provided us with dual language 5.1 DTS-HD MA tracks (English and the original Japanese dub). Both are functionally identical in all aspects except for the spoken language, so choose whichever one suits your fancy (I personally stick with the Japanese track, as the English track’s dubbing is just “OK” more than anything). The film is the second film by Mokota to feature the entire score done by the Japanese rock band “The Radwimps”, and it fills the sound stage perfectly. The surrounds are wildly active with the sounds of falling rain (rain is a predominant theme throughout) as well as the uplifting pop rock score, and the LFE channel is always active, even if it’s usually not massively noticeable. There are a few bits near the end (think gunshot, or lightning crack) where it jumps out and kicks you in the teeth, but the low frequency channel is much more of a supporting character than a main attraction in how it’s mixed. Dialog is always crystal clear, and evenly balanced with the rest of the track. At the end of the day, this is auditory perfection. 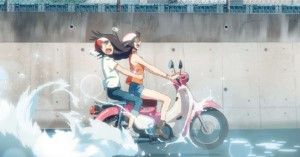 Makoto Shinkai is someone to pay attention to when you see his name in the director’s chair, and Weathering With You is probably his best yet. The film manages to be both bitter and sweet, with the darkness making room for the joy that is to come, and the visual treat that is the film’s animation will leave you in awe. I love it when I can ACTUALLY gush about a movie instead of looking for positive points in my reviews. I can’t spoil too many scenes, but I will tell you that the film is overflowing with so many fantastic sequences that I have a hard time listing them all if I tried. The animation and audio are simply flawless, and the extras are pretty massive. Supposedly Shout Factory has a 4K limited collector’s edition coming out in November, which will be interesting to compare against as the video and audio in this Blu-ray are nothing short of perfect. Must Own for any anime fan.

Thanks for the review. I will catch this one.

stay tuned, we are going to be reviewing the 4K collector's edition very soon