Warriors of the Nation - Blu-ray Review

Warriors of the Nation 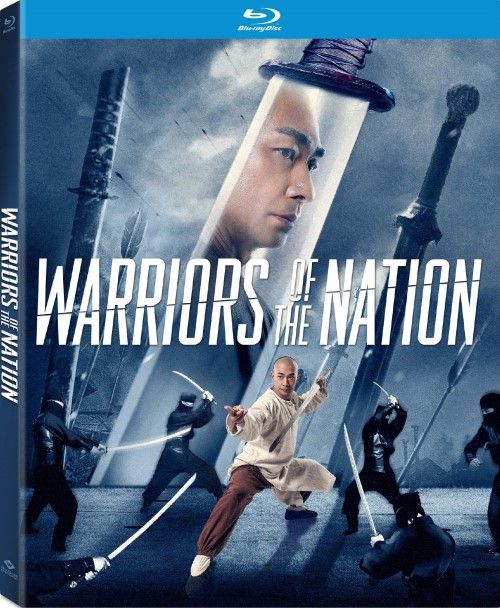 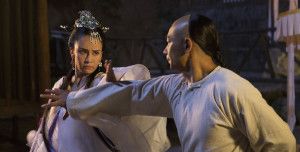 Movie
The legendary Chinese folk hero Wong Fei-Hung (or Huang Feihong as he’s spelled here, and I’ve even seen it shown as Wong Feihong) has been done a thousand times in film history. Bruce Lee once portrayed the iconic folk hero, and Jet Li immortalized him in Fist of Legend as one of the best portrayals of the Chinese freedom fighter from Japanese imperialism. Lately Vincent Zhao has been taking up the mantle of Fei-Hung’s many adventures in films like The Unity of Heroes, The Unity of Heroes 2, and Kung-Fu League. This latest tweak on the old folk epic sort of retells some of the instances of the Fist of Legend scenarios, but with a much more decidedly cartoony and comical twist.

Warriors of the Nation is very much a period piece film, forgoing the slapstick comedy of Kung-Fu League, and bringing us back to the Qing Dynasty as the Chinese are starting to rise up and throw off the mantle of Japanese Imperialism that has been shoved down their throats for so many years. The film follows Huang Feihong as he is promoted to chief martial arts trainer for the imperial army as they stand up against the Japanese fleet. However, one of the chief officials of the war, one Officer Zhang, is captured by the treacherous White Lotus society (who ends up being a front for the Japanese infiltrators), only for a duplicitous court official to leave him hanging.

Not ready to let the war effort go down in vain, Huang and his student Kuan set out to be rescue Zhang before it’s too late. The more Huang digs into the instances of the kidnapping, the more he realizes that there is something darker at play here. Everything leads back to the Japanese at the heart of it all, and if they get their hands on Zhang’s gold seal, they can break the sea barricade that the Chinese have put up around the borders of the nation and end the war before it’s even started. 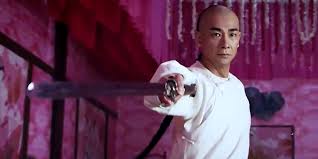 Warriors of the Nation is a fairly throwaway film about Huang Feihong’s adventures, and kind of remakes some of the scenarios (at least in feel) as films like Fist of Legend (the fight with the Japanese martial arts school is very similar in tone, as is the fight with the Japanese general at the end), but it’s also blending in high doses of comical humor. Many times I wasn’t sure whether we were supposed to be watching a period piece drama or a comedy, as the humor felt misplaced with the rest of the story’s serious nature.

Action is high flying Wuxia wire work, but sadly the choreography isn’t the greatest. Vincent Zhao does a solid job as Feihong, but the fight choreography and some of the CGI used for blood spray sort of standout. The choreographer had the fights at a super slow pace, and some of the slo-mo effects really highlighted how badly they were framed. That being said, the movie itself moves along at a brisk pace, and the film’s length is kept to a solid 95 minutes (including trailers), instead of trying to make it a 2+ hour epic film. It works, but just barely, and while I had a decent time, I was struggling to not look at how much time was left on the clock while doing so.

Like many foreign films like this, I couldn’t find much information about cameras used and what resolution the master was finished at, but I’m guessing a digital capture and a 2K DI used for the home video release. Also, you can definitely tell in some of the fight scenes that the film was geared towards 3D (3D is alive and well in China), but we’re only given the flat 2D presentation over here in the states. All that aside, this is a very nice and cleanly done picture, with lots of instances of bright colors in the pretty period piece settings and clothing. There’s some typical banding going on, and black levels can be kind of milky, but details are very solid all the way around, with both facial details and up close and personal clothing nuances looking excellent.

Warriors of the Nation features a rich and very powerful 5.1 DTS-HD MA track in it’s original Mandarin dialect (no English Dub this time) that really sings when the battles get going. Due to the fact that this movie is basically nonstop martial arts and action, there is a LOT of time for said track to really sing. The clashing of blades, the thunder of the music, and the rumbling of horses hooves all keep the sound stage vibrant and encompassing. The Mandarin dialog is always clean and intelligible at all times, and evenly balanced with the aggressive sound track. Bass is tight and punchy, and fills in quite a bit of the low end with some heavy downbeats in the score.

I’m a HUGE fan of Huang Feihong and his various incarnations over the years (everyone from Jackie Chan, Bruce Lee, to Jet Li has played him over the years), but this one kind of let me down a bit. I liked Kung-Fu Legend as a sort of goofy comedy movie, but as a period piece film Warriors of the Nation was kind of lacking. The action was ok, but the pacing was off, but Vincent Zhao is still excellent as the legendary warrior. Well Go USA’s Blu-ray release is solid, with good video, great audio, but the typical weak extras we’ve come to expect from these imported films. If you’re a big fan of Feihong it might be a good watch, otherwise I’d just keep it as a rental for martial arts fans.