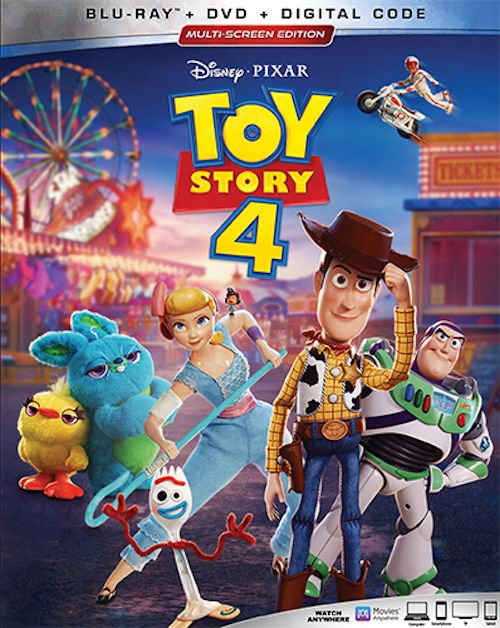 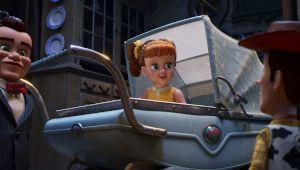 Movie
When I think of Pixar Studios the very first image that comes to mind is that of the first 2 Toy Story movies. Lets put this into context first. I’m just under 40 years old and I remember watching Toy Story and Toy Story 2 as a teenager on VHS...yes, VHS! Everything started and really took off for the fledgling Apple sprout off as their own film production studio back in 1995 with Toy Story. It was the first time in a LONG time that Disney proper had serious competition, and it shook the industry to its core. The CGI animation was breathtaking for the time, and it became a smash hit overnight. 4 years later they followed it up with Toy Story 2, which pulled the hardest feat of all out of it’s hat. To make a sequel that was better than the original (only a small handful of franchises can boast that feat). Most people would have been happy with two hits under its belt, especially since Pixar was a studio that (at this point) really wasn’t making a ton of sequels, but instead forging ahead with new intellectual properties. But back in 2010 the unimaginable happened. Pixar helmed a THIRD Toy Story movie, even amidst the constant criticism that the film was never needed. Luckily the film was another smash hit (although the weakest of the three as the laws of diminishing returns was kicking in), and it wrapped up the entire series with such a fantastic ending that we all thought “this is it, this is the end. The perfect ending for Buzz, Woody, and the rest of them”.

Fast forward almost another decade, and Pixar has once more decided to revisit the world of Buzz and Woody. If you remember where we left on in #3, Buzz and Woody and the rest of the toys were given away to a young Girl named Bonnie (Madeleine McGraw) when Andy went to college, leaving them to fulfill their purposes with yet another child. Bonnie is now on her way to Kindergarten, and Woody (Tom Hanks) is kind of nervous about her going off on her own. While she’s not been playing with him as much, Woody has flashbacks to Andy’s younger years and his parental nature kicks in. When the family decides to take a celebratory road trip before Kindergarten proper starts up in a week, the toys are all going to learn something new about themselves.

Bonnie has created a new toy at Kindergarten called “forky” (voiced by Tony Hale) and it has become the most important toy in the world to her. When Forky escapes out the window of the RV truck, the good old sheriff has to dive out after him, only to run into an old flame in the form of Bo Peep (Annie Potts). Not only that, to get back to Bonnie and the truck, Forky and Woody have to make it past the tragic villain (kind of) Gabby Gabby (Christina Hendricks), an antique doll that desperately wants Woody’s voice box so that she can have a child of her own.

Toy Story 4 is less a big group film like the last several, and more of a personal growth story for Woody himself. While we have all the of the main cast back (excluding the late Don Rickles), Buzz, Jessie and the rest of them play back up to the new characters and the re-introduction of a new one. While the last movie wrapped things up perfectly, this one hearkens back to the days of Toy Story 2, where full on adventures and light hearted excitement reigned. As such it’s kind of conflicting in its continuity. The 4th movie almost feels unneeded in many ways, as the series was wrapped up so well, but there seems to be a need to continue one with some of the characters, especially Woody. He’s grown so attached to having a kid that he’s forgotten about his own happiness. When Bo Peep left in previous films it crushed him, and her reintroduction as a “lost toy” opens up a gaping wound in his heart that really is pushing him towards his own future. This once more wraps up the series nicely, but still feels a bit redundant considering we already had one of the best wrapups the series could have possibly had.

Bo Peep’s new focus in Toy Story 4 is refreshing though, as it adds a new dimension to her personality now that she’s grown and moved on after being cast aside by Andy’s sister. She and Woody always had that little chemistry going on between them, and here they’re allowed to flesh that out much more thoroughly (much to the delight of long time fans). Buzz is kind of put on the back burner a bit, as is Jessie, but they’re still integral to the story, and the final bit of acknowledgment between the two as they say goodbye is heartwarming to say the least. Gabby Gabby almost feels like a revamp of the prospector in some ways, as she fits the sympathetic villain motif of the series to a T, but it’s really Keanu Reeves as Duke Caboom that really steals the show. I don’t know what it is, but Keanu has become a modern day acting icon and his charisma and popularity has everyone fangirling over him. However, some of it is well deserved as the man’s comedic timing and charming personality make Duke one of the best parts of the whole movie.

Yup, no one was really expecting a weak video score here were they? This is Pixar, and their Blu-ray discs are usually known for EXTREMELY high quality and they don’t miss the boat on this one either. The 2.39:1 framed Blu-ray is spot on PERFECT from beginning to end. Lushly saturated colors that are all over the place in terms of shades, tones and different variations. The outside world is bright and digitally shiny, while the dimly lit interior of the Antique Shop are still clean and devoid of any artifacting. Digital clarity is incredible, allowing us to see every line and curve on the toys, as well as reflective bits and other nuances that are just jaw dropping to see. After comparing to the 4K UHD disc I can say that the Blu-ray seems to be a bit brighter, but since I didn’t see it in theaters I’m not sure which one is correct in that department. All I can say is that this is one amazing looking Blu-ray disc and NO ONE will be disappointed.

As usual, Disney/Pixar leaves the Dolby Atmos track to the 4K UHD track, while delivering a solid, if not slightly soft, 7.1 DTS-HD MA track on the Blu-ray. Said 7.1 mix is quite active, and while it only needs a SLIGHT boost in volume, is a bit light on the LFE and dynamics. This is not nearly as constrained as some of the other Disney mixes, but things that SHOULD go boom and bump do so very lightly, and the track never really explodes with energy. That being said, the track still has a lot going for it, including excellent dialog and some really involving scenes using the rears and side surrounds. Such as during the carnival where the listening position is bombarded from all angles with sounds of screaming, yelling, upbeat music, and the swooshing sounds of the rides. It’s a solid track, but does suffer from some “Disneyitis” when it comes to their audio mixes recently.

Toy Story 4 is kind of an unnecessary film in the franchise, but it’s still a good movie. Even through mild complaints about redundancy and rehashed material, at the end of the day it’s a very good children’s movie whose only flaw is that the films that came before it were so great, that it could never really aspire to fly as high it’s predecessors. The film is adorably cute, has fantastic CGI, and the technical specs on the Blu-ray are amazing. As a life long fan of all things Toy Story, I can give a solid thumbs up and recommend it for a fun watch at the very minimum.

Thanks for the review. As a fan of the series, this is a buy for me.

Many thanks to @Michael Scott, we have a NEW copy of this flick to give away!

Travel to Infinity and Beyond with "Toy Story 4" on Blu-ray!

[FLOAT_RIGHT] [/FLOAT_RIGHT] (October 8, 2019) You didn't think we've forgotten about you, friendly AV NIRVANA members... did you? Well, we haven't! Today, AV NIRVANA is excited to announce its first of two Flash Giveaways thanks to our partnership with Disney. And what better way to kick...

I wouldn't mind having this on 4K.

Thanks for the review. I too am a fan and so are my kids. I will rent this one first in case I win the 4K here

I wouldn't mind having this on 4K.
Click to expand...