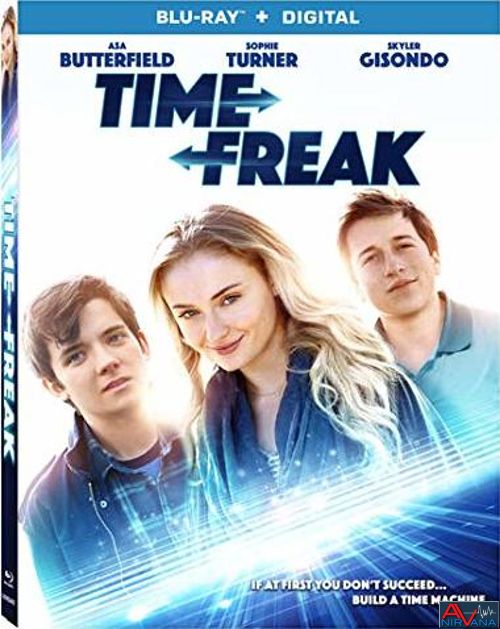 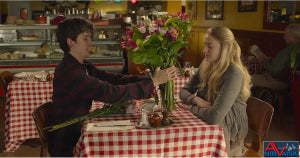 Movie
Time travel movies are always a bit dicey. The theories of time travel are just that, theories, and the implementation of them in films and TV can be a bit rocky as they tend to be circular and convoluted. They end up doubling back on themselves and creating inconsistencies in the time travel principals simply because we have NO IDEA how they would play out in reality, and the ever moving target of accuracy just can’t be achieved. I know, I know, I’m being a bit nerdy here, but that has always been my problem with time travel films. They just contradict their own rules so many times in order to get to the desired narrative end that my teeth grind just thinking about it. However, over the years I have gotten a bit softer on the subject and have to make a conscious effort to just check my brain in at the door over the physics of the matter, and just enjoy the film/show for what it is.

Before seeing the press release for Time Freak I had no idea that it ever existed. It was a minor theatrical film that starred some decent actors, but I had never seen nor heard from it before. Being that I’m a sucker for sci-fi movies in general (despite my gripes about time travel), and due to the fact that Sophie Turner was one of my favorite characters from Game of Thrones I decided to give the low budget film a chance. End result….I actually enjoyed it. Time Freak doesn’t pave any new roads with theories of time travel, and it’s not the greatest romance film on the face of this earth, but I really surprised myself by actually enjoying it way more than I honestly expected to. It has it’s flaws, but Time Freak is one of those movies where I stood back after the credits rolled and said to myself “that’s actually really cute”.

Asa Butterfield is Stillman, a physics genius making his way through college. He thinks he’s hit the jackpot when he hooks up with his complete opposite, a free floating bartender named Debbie (Sophie Turner), but sooner or later their romance seems to fizzle out and Debbie breaks up with him. Depressed and wanting to fix it, Stillman pulls off the impossible. He creates a time machine to jump back in time and fix all of the “problems” that he perceives in their relationship. Unfortunately it’s not going too hot (the opening scene of the film is him failing time and time again at convincing Debbie to not break up with him), so he takes his best friend Evan (Skyler Gisondo) back with him in time to help him iron out the wrinkles. 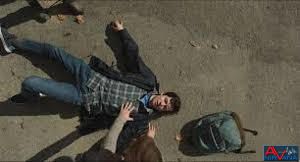 The first 2/3rds of the movie plays out exactly how you would expect a film like this to play out. Stillman desperately tries and retries certain portions of his time with Debbie to find that “perfect moment”, and head off their inevitable breakup at the pass. However, it’s the final act that really changes things up a bit. Stillman’s gone off the rails with his addiction to “fixing” things, and it’s now put a new roadblock in his “perfect” relationship. I fully expected him to just go back in time and wipe things out (which is what he tries to do), but it’s how Debbie handles the time jumping that really makes things interesting and ends the film on a really nice note. This could have been SOOOOO cliched, but director/writer Andrew Bowler actually took a risk with our two leads and it paid off rather well (although my brain was forced into submission over some physics time travel rules that they broke, but my inner nerd had to be patient with itself).

As cute as Time Freak is, there is one major flaw in the film, the relationship/romance between Stillman and Debbie. The spark of chemistry just isn’t that well developed, and while Sophie Turner is adorable as Debbie, you just don’t SEE that chemistry that they supposedly have on screen. BBBBUUUUT, there is one upside. The chemistry between Stillman and Evan is fantastic as the two jump back and forth through time together. The two best friends actually feel like real friends, and that is a huge boon to the film as the first 2/3rds of the movie is the two of them trying to fix things. Asa Butterfield is the straight man of the two, while Skyler works his goofy charms and brings out quite a few laughs in an otherwise droll situation.

Rated PG-13 for drug material, some sexual content, and language 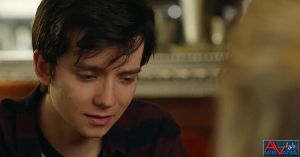 I couldn’t find out any real information on what cameras or resolution the film was recorded on, but guessing by the budget and propensity for film makers to use digital stock nowadays, I would bet my life we’re looking at your typical digital shoot. Time Freak is a very technically sound 1.85:1 encode, with a bright glossy look that lends itself towards excellent detail more often than not. Faces, clothing, backdrops, they’re all solidly nuanced and detailed, although there are times where some digital softness keeps it from being super sharp. Blacks are deep and inky, and I didn’t notice much banding or crush going on to mar the image. There’s this sort of honey/sunny glow to the entire picture that makes the colors appear a bit yellowish/bronzed, but primary colors are well saturated and the overall image clarity is more than adequate enough.

Even though it’s a sci-fi movie by nature, Time Freak is first and foremost a romantic dramedy, and that means the 5.1 DTS-HD MA lossless track is going to be rather front heavy by nature. There is some ambient activity for the surrounds, as well as a little bit of the score, but other than those small moments you can rest assured that those front speakers are going to take the brunt of the action. That being said, the front of the room is quite dynamic, with the center channeling handling the dialog perfectly and the mains adding in some flavor with the different time jumps and situations that Stillman gets himself in. The subs get a few bumps here and there as the science nerd uses the time travel machine, but most of the times the subs are rather dormant. The 5.1 mix is technically sound and shows no major flaws that I could find, it just isn’t a taxing sound track, even for a “meager” 5.1 mix.

I’m going to be honest with you. I really expected Time Freak to be childish trash. I had zero expectations from the trailer and was really only interested in seeing it because I like Sansa Stark, but I found myself grinning way more often than expected and impressed with a few of the end twists, leaving me with the “aw, that was actually really cute” feeling at the end. There is most definitely some awkward chemistry with Sophie and Asa, which is a detriment to the film, but it’s mostly made up with the camaraderie that occurs between Asa and Skyler. The Blu-ray from Lionsgate is more than pleasing in the technical specs, and actually provides some above average extras to enjoy as well. It’s not the perfect sci-fi/rom-com ever made, but Time Freak was a fun story that had more than a few entertaining surprises along the way. Recommended as a solid enough watch/rental.