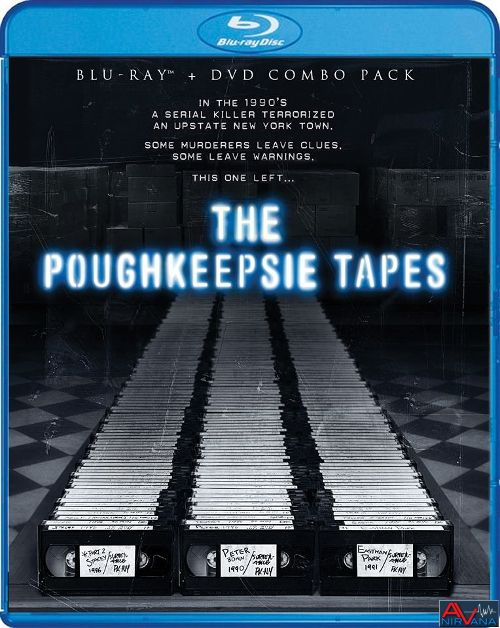 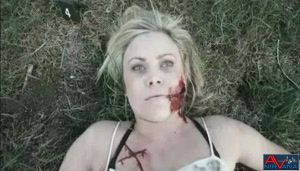 Movie
The Poughkeepsie Tapes is a film that is almost as mysterious as the subject matter. Back in 2007 it was filmed and prepped for a theatrical release by MGM, then suddenly the rug was pulled from underneath it. A trailer was shown, the theatrical date was set, and even a few screenings went out to critics, but then no more theatrical release. The film was inexplicably shelved until a few years later when a limited VOD arrangement was setup, but even that faded away for the most part. This sort of thing happens all the time in the film world, but in the horror community it was this big “have you see The Poughkeepsie Tapes?) type of buzz over the film. It was the film that every horror nut wanted to see, but was almost impossible to actually get ahold of. Luckily Scream Factory (a subsidiary of Shout Factory) has gotten their mitts on the rights and released it on home video for the very first time, some 10 years after it was SUPPOSED to have hit theaters.

2007 was right in the middle of the found footage era of horror movies, with Paranormal Activity sweeping the nation amid a flurry of other ones. However, Poughkeepsie is a little different than your average found footage film. It’s taken as a faux documentary about a mysterious serial killer in Poughkeepsie, New York, who has terrorized the area for YEARS. Some of the film is handicam footage of the killer actually kidnapping, torturing and murdering people, but those brutal moments are split up by the camera going back to the “present” where person is listening to family and friend interviews, along with police and FBI testimony over what happened in their painstaking search for the killer.

It all starts with the kidnapping of one specific girl. There had been killings before, but the MO was so different and without pattern that the police hadn’t picked up that there even WAS a connection. However, after Cheryl Dempsey (Stacy Chbosky) is kidnapped from her home and her boyfriend murdered, the police start to figure out that they have a serial killer on the loose. As the bodies slowly start stacking up higher and higher, the police are desperately trying to find out what is the key component here, but the brilliant mind behind the killings fools them each and every time. Even when they think they have him, it turns out that the killer has been playing them all along. 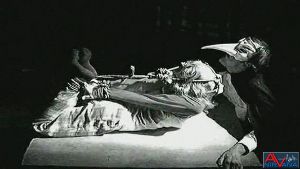 Poughkeepsie doesn’t stick to traditional chronological narratives. Much of what we are seeing is broken up interviews and fragment of the search for the killer. Some of it flows in a semi chronological sort of way, and others are without time frame and just serve as backstory to the frustration and effort gone into finding him. The OTHER half of the film is them splicing in the home movies of the killer and his victims, which ends up being the most disturbing portion of the film. The videos start out creepily enough, with the killer making his victims act bizarre ways, and do bizarre things, but as the movie unfolds the tapes begin to become more and more vicious. Bizarre acts turns into brutal beatings, creepy overtures turns into out right torture, and the usage of the handicam footage makes it all the more visceral and disturbing.

Interestingly enough, the shooting style really makes the film much more intense than I expected. The documentary portions of the film fill out the details and keep you wondering just WHO this murderous man is, but the found footage portions of the movie bring forth this sort of sickening horror in the pit of your stomach. The feeling of being helpless while you watch something you have no hope of changing makes it even more disturbing. The violence is usually not that bad on screen. There’s a few moments of body dismemberment after the corpse is no longer living, but most of the actual abuse, torture and violence all occur off screen, or at an angle so that you don’t really SEE anything. Something that makes the mind work overtime and the imagination to fill in the blanks while you hear screams and begging victims.

The film does feel a bit loose and incoherent at times, which is the main flaw. As a documentary you have a hard time of finding a linear theme to hand on to, and while I understand the “slice of life” documentary approach to the found footage genre, it sometimes feels a bit weak in the center. However, I find the 81 minute run time makes up for those slow bits, and the brisk pace makes it so that the film doesn’t over stay its welcome.

Rated R for sadistic violence and torture, including terror and graphic descriptions 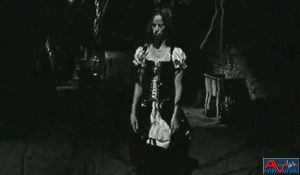 The faux documentary was shot with several distinct visual styles and mostly seem to come from hand held digital cameras. The interview portion of the film look very clean and mostly clear, with certain digital flaws that come up due to being older technology than what we have now. There’s some interlacing issues from one camera, while slight smearing from another, but those interviews seem to look the most natural (although the film has been graded to look more like late 90s, including the hair cuts and suits), but the found fooatage spots look REALLY raw. Like old 90s VHS recording tape raw. Haloing,warped picture, pure trash, but very much intentional. The encode doesn’t seem to have any major issues that are not intentional source related, except for some mild banding that seems to come in and out of the picture at times. 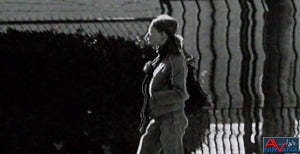 Like the video has been graded, the audio has been tweaked to give a raw and slightly distorted sound. Instead of a 5.1 mix, we get a DTS-HD MA 2.0 mono track that sounds like it came from a live recording rather than a polished mix. Voices are clean and clear, but there are hisses and scratches and the noise of wind over the camera’s built in mic sometimes make those distinct swooshing noises that we all know from recording in the wind. There’s a little baked in LFE, but this track was intentionally shot to sound amateurish, and while it’s technically a fine encode and works for the source material, it has that distinctly rough texture of a home movie.

• Sorting Through the Tapes
• The Willing Victim
• Theatrical Trailer

I’m not a fan of the found footage genre, but The Poughkeepsie Tapes is very unique in the genre, in that it doesn’t derive most of the “horror” from jump scares. It’s all about building tension through the use of non linear documentary style film making, and combine the sadism and horror of more visually disturbing films like Saw or Hostel (while still not becoming a gore fest like those mentioned films) to create something that actually had me leaning forward in my seat wondering what new tidbit was going to be revealed next. The distinct style of the film making doesn’t allow for stellar audio and video scores, but this is a completely intentional thing, and really shouldn’t reflect on the encode as the raw look adds to the flavor and texture of the experience. I’m almost curious to see how the movie would have fared when it was initially slated to have been released back in 2007 instead of coming out of its 10 year slumber after the found footage craze has mostly blown over. Definitely worth a watch for horror fans.

Thank you for the review. I am glad you got to review this movie since I have been eyeing it for sometime but could never make up my mind because like you I am not too fond of the found footage thing. I think I may just have to take the leap and buy it.