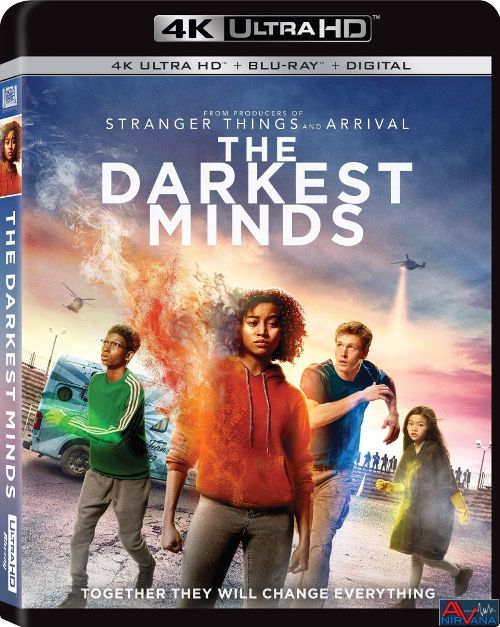 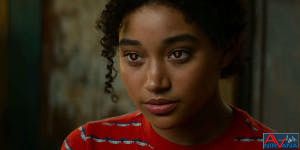 Movie
Have we seen this before? You think maybe at least once or twice? A great “illness” strikes the world, a certain group of children gain super powers, and then the world goes all dystopian Nazi like with shadow organizations and factions splitting off while the world spins out of control. Then the young angsty teens band together to try and topple the big bad evil government agencies, and a war ensues. Cue the eye batting between the hot teen leads, muscled abs, long pouty looks, and super powered action, all ending with a cliffhanger that says “don’t worry! We have at least 2 more sequels planned for this one even though the chances of us getting a sequel are next to zero!”. Yeah, I think we’ve seen this before with even better movies. The Hunger Games, Mortal Instruments: City of Bones, Divergent, etc etc etc. Nothing new, but it has seemed lately that the general populace is getting tired of the young adult series, as The Divergent series was the last one (along with the long awaited Maze Runner finale) to actually make it past a single movie. I can only hope so, as The Darkest Minds is a generic young adult film that just scrapes by on the barest of young adult cliched plots, angsty teens and clunky scrip writing.

The Darkest Minds is hilariously (or sadly) written as if a young adult actually wrote it rather than a professional writer. The film trots out the tried and true voice over narration, actually vomiting out huge chunks of exposition and background, acting as if the reader can’t figure things out for themselves (or just filling in the blanks that the script DOESN’T tell you otherwise). We learn from the voice of Ruby Daly (Amandla Stenberg) that a mysterious disease wiped out 90% of the children some 6 years ago. The panicked president (Bradley Whitford, in a near cameo roll) of the United States had all of the surviving children rounded up as they were ALL infected, and promised to cure them. The problem was that the children who survived didn’t just survive. They were changed from the inside out, exhibiting super powers on tiered basis. The greens were super smart and were labeled as “safe”, while the next tier up could use Telekenisis, the next could control electricity, and the top two tiers were considered extremely dangers. Those who could control minds and control fire.

The general public has NO idea that the children in the camps are not being “cured”, or that their kids have super powers. The government has locked them away as slave labor and to be used as test subjects, while the top two tier’s were eliminated due to their risk. Ruby herself is “orange” tier, meaning that she’s one of the two that are considered super dangerous and killed on site, as her mental abilities allow her to control people. She has learned to control her abilities though, surviving by mentally controlling her doctor into labeling her a “green” so that she could be ignored. But when a kindly doctor (Mandy Moore) breaks her free, Ruby is out in the real world and has to come to grips with the fact that they’re living in a world that she knows nothing about. Her doctor friend wants to recruit her to start a resistance, but Ruby runs out with a group of outlaw teenagers with powers in hopes of finding the mysterious and rumored about “slip kid”, a powerful teean who have created a utopia for people like her. With bounty hunters on their tails (played by Gwendoline Christie), the military after her, the league (the soldier’s wanting to form a resistance that broke her out), and the unknown ahead of her, Ruby has to figure out what makes HER tick, and how to use her powers to help free the downtrodden of humanity.

The Darkest Hours really is one of the most generic young adult films I’ve seen. The movie doesn’t do anything new or inventive in the genre, instead letting us listen to nearly half the movie in narration mode, and the rest with cheap battles against super Nazi like government goons and freedom fighters. Not to mention the doe eyes and mooning that Ruby does over the hunky Liam (Harris Dickinson). The angst level is through the roof and it is felt in ever interaction between the two. The worst part is how the film sticks to the cliches of the genre, setting up organizations, battles and a war that the film has no intentions on ever following though on. Instead it does nothing but set the groundwork for more films, more conflicts, and more “promise” that likely will never come (due to the horrific box office). Basically it falls into the too easily done young adult trap of not creating a cohesive movie that is self sustaining, but acting as the jumping board for a trilogy.

Rated PG-13 for violence including disturbing images, and thematic elements

The Darkest Minds is another digitally shot film with an (assumed) 2K digital intermediate for the home video master, showing noticeable improvements over the 1080p disc. Colors are bright and cheery throughout the film, with splashes of intense primaries, soft pale forest colors and the darkness associated with living in private. Details are great, with facial details and clothing nuances showing great amounts of textural clarity. The scene where Ruby breaks out of the complex is rich with burnished oranges, rusty looking boiler room pipes, and you can see every crease and line on her stressed face. The use of HDR is impressive, especially with how colorful and vibrant the film looks. The colors literally pop off the screen and the blacks show some impressive shadow detail. Detail wise, the differences between the Blu-ray and the 4K UHD aren’t WILD (typical for a 2K digital intermediate), but the changes to the color palette and the HDR usage is what really shows the noticeable improvements. The only issues that come up are some occasional banding and a little bit black crush during the outdoor fight with the slip kid. Otherwise a pristine looking disc.

The 7.1 DTS-HD MA track found on the Blu-ray is a stunner, and about as perfect as you can get, but the Atmos presentation found on the 4K UHD disc just expands the listening field and amplifies that quality. Right off the back the stringed musical score overlaying the narration just feels so much more spacious and encompassing, and the individual strings actually shift and change as the camera pans across. Dialog is always precise and cleanly replicated, while surrounds are wildly active for a majority of the time. What makes them so unusually good is the fact that they’re so nuanced and detailed. When the group takes refuge in the “abandoned” mall you can hear the pattering of feet in the background, the shrieking of metal bars as Liam throws them to the side, and even the swooshing as the pair is telekineticly catapulted through the halls. The over heads get some good activity too, elevating the track (quite literally) with sounds of drones pulsing overhead, the swoosh as a telekinetic user leaps from a second story, and the crashing and smashing as Ruby brings down a plane on top of her enemies. Bass is CRUSHING in it’s intensity, but also doesn’t feel bloated and overly cooked. Impacts hit with chest crushing weight, and the balance between dialog, surrounds and LFE is perfect as can be. Easily the highlight of the film.

The Darkest Minds is one of the last stragglers of the “post modern” style of dystopian young adult book series to hit the big screen, and due to the box office, we probably won’t be seeing any more of this derivative series. There may have been some potential from the books, but the film is a by the numbers affair that just wreaks of lazy writing and clunky direction. The film sets itself up for a sequel (which, as I said, probably will never come unless Ruby decides to you her mental powers on the head honchos at Fox) with a typical cliff hanger ending, and is filled with so much angst that even the most rabid young adult fans will have to wince at. The 4K UHD disc is a healthy upgrade over the Blu-ray though, adding in an Atmos mix and a nice visual upgrade. Sadly, the extras are all on the Blu-ray disc (minus the commentary), and the film itself doesn’t really warrant a look unless you’re REALLY desperate to watch some young adult books come to screen. Skip it.