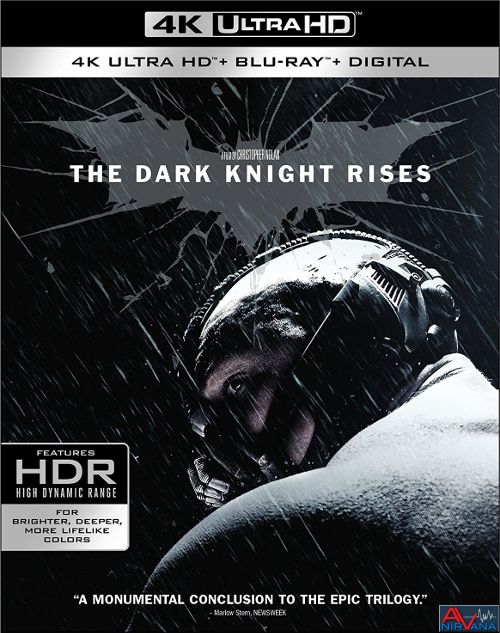 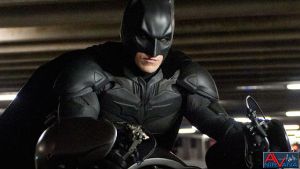 Movie
Watching the Nolan trilogy back to back has given me more of an appreciation for how Nolan’s vision played out over the three films, instead of watching them every 3 years or so as they were released. However, it also does show just how excellently amazing Batman Begins was, how great (if not a bit flawed) The Dark Knight was, and just how generally flawed The Dark Knight Rises really is. The Dark Knight Rises was kind of like Star Wars: The Phantom Menace was to be back in 1999. I really REALLY wanted to like it more than I did, and I ended up talking myself into liking it more than I SHOULD have when it came out. Looking back at when I did my initial review of the Blu-ray in 2012 and now, I have to re-evaluate just a bit and drop the grade just a bit. The Dark Knight Rises continues on with the heavy crime drama of The Dark Knight, but also tries to infuse some more “comic book” elements of the Batman lore into the film with decidedly mixed results.

It’s been 8 years since the dramatic ending of The Dark Knight, and since that day the Batman has gone into hiding. After Harvey Dent was “murdered” by Batman, he has remained out of sight (and so has Bruce Wayne), while the police and Mayor of Gotham City have cleaned up the streets with the “Dent Act”, a law that was instituted because of the heroic sacrifice of Harvey Dent (*cough cough*). The streets are mostly clean, but there is still a few loose ends lying around. A cat burglar by the name of Selina Kyle (Anne Hathaway) is trying to get a hold of a mythical technological device that can erase a person’s digital footprint and start anew, but the person she’s thieving for is connected to a much more dangerous force. This force is none other than a mysterious outcast of the League of Shadows known only as Bane (Tom Hardy). When the mercenary comes to Gotham he is brutal, cold, and completely mercenary in taking out the entire police forces efforts, forcing the Batman out of hiding once more.

Only thing time, Bruce may have to dig deeper than he has before. Bane is a complete living terror, destroying everyone in his path and leaving Batman shattered and broken (quite literally breaking his back). While Batman is shoved into the same hell hole that Bane came from, the mercenary takes over Gotham City with a nuclear bomb stolen from Wayne Enterprises and institutes martial law with the same vehicles and devices that Bruce has been using as his one man vigilante effort during his life as Batman. Only with the help of Miss Kyle, a well meaning social advocate named Miranda Tate (Marion Cotillard) Lucius Fox (Morgan Freeman) and a rookie cop named Blake (Joseph Gordon Levitt) can the Batman retake his city from the hands of his most powerful foe yet. 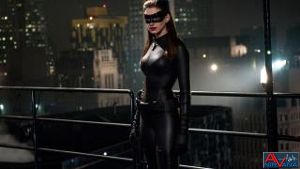 Again, I initially really tried to get myself to love this film, but Nolan’s best work was behind him at this point in the trilogy. He had set the precedent of making a grounded, realistic superhero base, so when I had heard that he was putting Bane in to the center of the story line I was really puzzled. There is nothing GROUNDED about Bane at all. He’s a Latin genius who is just as crafty as Batman is, but a hulking brute of a man through the use of the chemical compound VENOM. Nolan has made it VERY clear that he doesn’t deal with super powers, so the only way to put Bane in and keep him technically similar is by using his incredible mind and leave him as just a really ripped dude under the mask (instead of chemically enhanced to enormous properties). It seemed to work for a while, but the movie just becomes a bleak, almost post apocalyptic, story that just is riddled with plot holes. Bane’s super intelligence is undermined with the ending twist, and the writers are so desperate to have you see Bane as an unstoppable force that we’re inundated with lines like “see! Look at him! I see the power of belief!” in an effort to get the audience to fear h is physicality and make it logical for him to break Batman’s back part way through.

There is sort of a chaotic coherency throughout, but Nolan seems to also veer back and try to appease the comic book fan base, inserting little nods and winks to previous characters that are only meant as fan service (the Robin one at the end was pretty eye roll worthy), and the inclusion of The Scarecrow and the rest of the crazies feels very underutilized. In fact, I would say that Cillian Murphy was underutilized in ALL his appearances, and really was one of the best villains in all of Batman Begins. I would really have liked to see more of him. Now, all of that aside, I do really enjoy parts of the movie. The action is superb, and when Bruce returns to the suit to combat Bane in the Wall Street heist after 8 years of pouting away from the public (another character change that really didn’t sit well with the fan base) is truly epic. Hans Zimmer’s music combined with Bale in the classic outfit is amazing. Not to mention the completely epic throw down between him and Bane’s forces at the end of the movie.

Rated PG-13 for intense sequences of violence and action, some sensuality and language

The Dark Knight Rises was the only one of the three that was ORIGINALLY struck on a 4K digital intermediate, and like The Dark Knight, came from a mixture of 35mm film stock and 65mm IMAX cameras. Also, Rises seems to carry over the same clean and clear look of The Dark Knight combined with that overly blue color grading (which deviated from the 35mm only print of Batman Begins, which used a very heavy yellow/amber filter and some soft stylistic choices). The 4K is just about picture perfect, and makes marks just as high as my ravings over The Dark Knight. The IMAX cameras make for the best shots (of course), and show off amazing detail all around, and the 35mm switches (using the same aspect ratio shifting as the Blu-ray) are stunning in their own right. Colors lean towards the darker end of the spectrum, with sharp blues and dark navy blue police officer uniforms, but there are some startlingly bright primary colors among Wayne Manor or in the City itself (such as the stadium scene). The uptick in quality is quite noticeable, even though The Dark Knight Rises sported the best of the trilogy’s Blu-ray transfers as well. Blacks are deep and inky, and you can see distinct facial details and cityscape backdrops look so much more clear to the naked eye. It’s about as good as the film will ever look, and this 4K UHD disc IS one of the best catalog releases I’ve seen (and I’ve seen some amazing ones recently)

Unlike The Dark Knight and Batman Begins we always had a 5.1 DTS-HD MA track instead of TrueHD from Dolby, and this is a direct port from the already stunning Blu-ray. The mix is aggressive, powerful and REALLY well done from beginning to end. I will note that while there are some POWERHOUSE moments in bass throughout, it is also the most restrained of the three. I personally felt Batman Begins was a bit overly hot, and The Dark Knight was simply devastating. Rises manages to keep itself a bit more restrained with lots more dialog, but also some seriously beefy moments that had my twin 18 inch subs straining with the effort. The scene where Batman is chased into the dark alley and escapes with the Batwing is jaw dropping. I think I recorded it going down to almost single digits hz wise. The dynamic range is wide and spacious, allowing for Bale’s rasping voice (which sounds like he’s in full throat cancer stage in this film) to whisper to Selina Kyle one moment, and then hear the throbbing roar of the Batwing a second later. Battles are impressively spacious, allowing for echoes in the underground chambers, as well as the roar of the military vehicles in others. Vocals are crisp and well defined, with the only problematic parts being the issue of trying to understand Bane’s voice under that mask. An all around demo track some 5+ years later.

Nolan’s Batman Trilogy is one of those series that I have to really contemplate on. I LOOOOOOOVED Batman Begins, really enjoyed The Dark Knight, but was rather frustrated with The Dark Knight Rises with its inconsistency. Nolan really DID save Batman after the Schumacher debacles, but he also created a series that feels decided “un Batman” at times, so I’m always a little conflicted over the series. I really do love what he started out with, and generally really enjoyed the sequel, but the finale feels like even Nolan was running out of steam and while it has a lot of fun moments, is a rather flawed entry (although I will never drop them down to Batman Forever and Batman & Robin levels). The 4K UHD is a nice step up from the Blu-ray in the video department, making it a definite worthy upgrade for those looking to get rid of the Blu-ray. A solid watch for fans, and a good buy for the 4K ability alone.

Looks like this is a good collection add, too. Are they releasing it as a series?

Yup. Boxset is available too

Thanks for the review. Great movie.