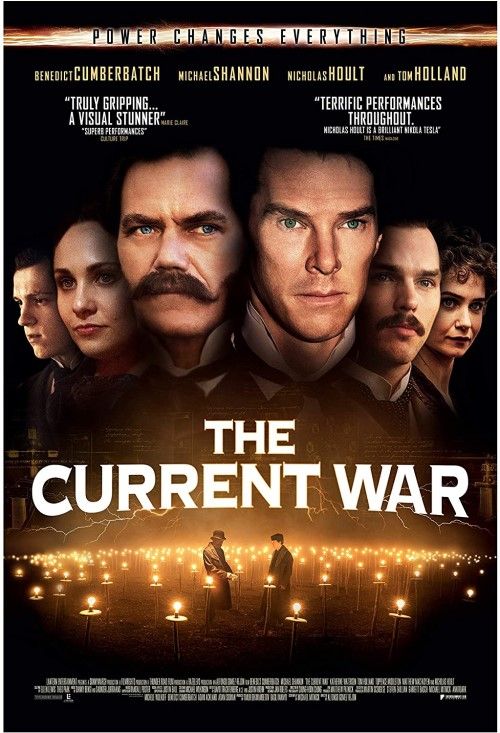 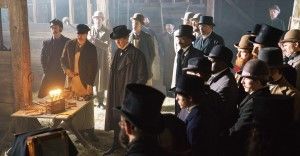 Movie
With Covid-19 messing with supply chains around the world and keeping people at home full time, we’ve had to make some adjustments in a few reviews for the month and take on some digital reviews instead of physical for the time being. Some we’ll be able to supplement with the 4K UHD and/or Blu-ray review in a few weeks, but as some supply houses are shut down due to state lock downs, we’ve made a few deals to bring you the reviews in digital form for the time being. Bad Boys for Life was the first in this list, and we follow it up with the low key drama The Current War: Director's Cut today.

It’s incredible how much we take bounteous energy for granted. Today we don’t really think about it outside of paying our electric/gas bill, or when our phone is on the edge of dying and we’re frantically looking for a power socket to give it a quick boost to last the rest of the day. Think about it for a moment. If the power grid in our nation went down, what would we do? How many of our normal businesses would continue to function, and how would that affect our entertainment, communication, and general day to day life? In short, we are so dependent on electricity and other power sources that without instant access to it our way of life would effectively crumble.

Most of us think of Edison and the light bulb when we think of electricity, but there were several powers at work back in the latter half of the 1800s. Edison was the man who invented the glass filament light bulb and in many ways started our journey towards electrical power, but back then he was obsessed with using DC current due to it’s simplicity, while A/C electricity was thought of as too dangerous, requiring a motor that hadn’t been invented yet. While Edison (Benedict Cumberbatch) was busy selling J.P. Morgan on the wonders of electric light in modern cities, he had hit a bit of a snag in the form of the amount of copper and way stations needed to thread the proverbial stream of light through countless needle heads. The cost was absolutely enormous, which is where George Westinghouse came into play.

At that point Westinghouse (Michael Shannon) was mostly known for his air brakes that revolutionized the train industry. But being a brilliant engineer, he was also working on the same issues that Edison was working on, but instead realized that Alternating Current was the future, as it required much less effort and physical resources, but was inherently more dangerous and needed a transformer and motor to operate efficiently. Something which he had most of in his grasp after jumping on several new patents for transformers. However, Edison had the better bulb, and that was something that Westinghouse would need to over come. He tried working with Edison directly, but the inventor of the light bulb was adamant about keeping his work in house, and arrogantly decided to go toe to toe with the infamous engineer in a war that turned into an all brawl for the title of WHO would own the rights for modern electrical power going into the 20th century.

The Current War was done back in 2017 and followed several of the film festivals around the country, before fading from the limelight and effectively going into home video purgatory for a couple of years. Universal decided to gussy it up with a slightly longer director’s cut, and then finally pushed the release date into the end of March 2020 for the Blu-ray date. I’m not sure if the film suffered from the lack of speedy release dates, simply due to the fact that the movie is not a major blockbuster. It didn’t have a lot of word of mouth to begin with, but got hammered pretty bad by critics. I can kind of understand why, but also feel like it was a better film than was given credit for either. The biggest reason for the criticism is simply due to the fact that it feels like bullet points of history. The cast is star studded with plenty of excellent performances, but the film jumps from historical point to historical point at breakneck speed, making the entire production feel like it was taken straight out of a college history lesson. The film obviously tries to be dramatic and tense, but the bullet point style narrative is very dry and bland to the taste.

Michael Shannon and Benedict Cumberbatch do great things with their performances, but they are not to overshadow some strong background characters like Nicholas Hoult as Tesla, and Tom Holland as Edison’s apprentice. These performances are actually the thing that saves The Current War from being a bland footnote to cinematic history. The film itself is not great as a structure, but these performances by some great actors breathe some life into an otherwise stale presentation.

Rated PG-13 for some violent content and thematic elements

As with Bad Boys For Life, this was streamed as an HDX stream through Vudu, and as such I am refraining from giving an actual number score on the film simply due to the fluctuations of bandwidth and other internet related hiccups that can interrupt a stream. From what I watched with my decent net speeds, the image is highly stylized with a parchment colored hue to the period piece film. Gomez-Rejon uses long, sweeping, intimate shots that make good use of Dutch angles and a sort of graceful movement to the camera. Blacks were a little problematic with my stream (the yellowed parchment look made them a bit milky), and softness of the facial details abounded, but there was more than enough detail to be pleasing to most people.

The 5.1 Dolby Digital + soundtrack was quite solid, but it really is still a dramatic track. Most of the effort of the mix was spent in the front of the room with dialog, with limited engagement for the surround channels and the subwoofer. We get a few whomps when a train leaves the station, or the hubbub of a busy restaurant, but the majority of the time is spent in the main 3 speakers. It’s simple, but a solidly effective track without any major issues outside of being heavily front loaded.

• (No Extras on the Vudu copy that I screened)

I honestly have to say that I’m more impressed with The Current War’s visuals than I am with the actual substance of the work. The performances are good, but the narrative bland and stale, and the really intriguing facet of the movie is the cinematography. Gomez-Rejon’s film is filled with showy camera work, and a lilting style that catches the eye gracefully. The flashy and parchment colored period piece is a joy to look at, but not always a joy to watch past the visuals. Universal’s director’s cut of the film is definitely better than the film festival “theatrical” cut that was floating around for a few years, but it still had some hurdles to overcome that weren’t completely overcome, in my opinion. Worth a rental, but I would hesitate on a blind buy.

Interesting that you seemed to give the audio more of a thumbs up than the video...I would have expected the opposite!
J

Sometime over the last 10 years, I watched a TV documentary about Nikola Tesla that I found very interesting. When I saw the ads for The Current War I was looking forward to seeing it. However after reading your review, it's fallen down the list of movies I'd like to see, and I don't think my wife would have any interest in it. Thanks for the review.

Interesting that you seemed to give the audio more of a thumbs up than the video...I would have expected the opposite!
Click to expand...