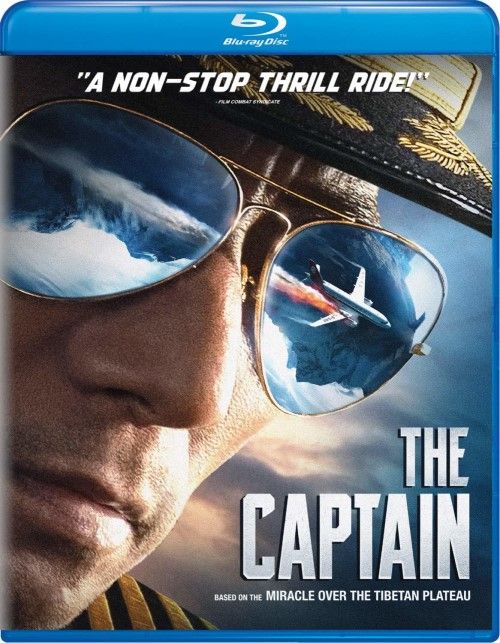 Movie
My first reaction when watching the trailer for The Captain was “hmmm, this looks like a Chinese version of Sully”. Well, in that respect it is, but it isn’t. While Sully went more into the politics of what happened to the captain when he landed in the river, this one is much more action packed and more of a thriller revolving around the actual peril of flight Sichuan 8633 to Lhasa. While it may seem like a rip-off of Sully at first light, the general events of the movie actually DID happen. Back in 2018 flight Lichuan 8633 ran unto a terrible problem, and the heroic Captain brought everyone to safety (sorry, small spoiler, but if you followed international news at all a few years back it was pretty common knowledge). The movie itself is taught, intensely shot, and despite some obvious nationalism, a fun and exciting flick.

Flight 8633 is heading to Lhasa, Tibet, when the unthinkable happens. The front windshield of the plane blows out at cruising altitude, decompressing the plane and forcing the pilot (Hanyu Zhang) to descend in order to restore oxygen to the passengers. However, they’re riding above a turbulent storm, and below the storm layer is miles and miles of craggy mountain tops that are higher than the recommended altitude required for the plane’s oxygen to normalize. Now the Captain has to navigate a massive storm ahead, keep the plane from blowing apart at the seams from the decompression, and somehow make it to a nearby airport where they can land without incident.

Despite some of the more preposterous action sequences, the general premise of the movie is rooted in fact. The Chinese airbus indeed blew a windshield at cruising altitude, and the Captain WAS forced to fly the plane down to a lower altitude and land midst a storm. However, from all I could gather, there is a TON of added fictional elements to the film (aren’t all films “based on a true story” in all reality?), but that still doesn’t take away from the fun of the movie itself. Upon further research it looks like the film makers actually used the real names of many of airline workers involved, including the captain Liu Chuan Jian and first officer Xu Yichen (Oho Ou), who actually DID get sucked out of the front windshield and took a ride on the outside of the plane, exactly like the film.

Instead of being a bit more in depth and nuanced and varied, the film tends to focus around the disaster itself, and infuses some pretty blatant nationalism as well. It’s less military state worship like many of the Chinese mainland action movies, but more hero worship of the flight crew themselves and the impeccable honor they showed. As such, it’s not nearly so grating as the statist jingoism that crops up in other films, and is kind of warranted considering the fact that the Captain and his crew actually DID bring down an entire airbus from the sky without losing a single passenger, even with the plane barely hanging onto it’s own bolts and rivets.

Shot nearly entirely with 8K RED Monstro digital cameras, The Captain looks stunning on Blu-ray. The clarity and sharpness from the 8K source (and 2K master) is absolutely jaw dropping at times, giving a very crisp and clean look. The opening shot is filled with yellow overtones and white levels pushed a bit hot, but once the location shifts to the interior of the airplane it settles into a much more neutral tone. The white levels are still pushed to their max, but not to the point of blooming. White shirts and the glistening white plastic of the interior is almost blinding in it’s brilliance, as are the rest of the clothing and background colors. Fine detailing is fantastic, but there are some moments of softness (especially in the first 20 minutes where the color grading is more stylized), and there’s a few shots of color banding, otherwise this is an excellent transfer all the way around.

The 5.1 DTS-HD MA track in the original Mandarin (no English dub) is a bit more laid back for the first 25 minutes or so, but really gets going when the plane does (sorry, I couldn’t resist the pun). The opening 25 minutes are very soft and dialog driven, but still employs excellent use of the surrounds in a mild ambient way. However, when the plane hits the infamous turbulence the entire sound stage just lights up like you wouldn’t believe. The mild bass shifts into overdrive, turning into pounding low end that really vibrates your chair, while the surrounds shriek with the sound of wind whistling through the cabin, or the roar of the engines in the background. Vocals are still clean and clear as a bell, and the dynamics are absolutely huge. One moment we can be listening to a flight coordinator talking to his aid, and the next you hear the engines bellowing at full throttle and the wind whipping all around in a glorious cacophony. All around great mix.

The Captain turned out to be something more than just a Sully knockoff, and a taught ride from beginning to end. There is a certain aspect to the film that feels recycled after the events of Clint Eastwood’s Sully, but the Asian drama is more than exciting despite some small hints of blatant nationalism. The Blu-ray is certainly a fantastic package from the audio/video sides of things, but once more we have the typical near non-existent extras that are typical of most Well Go USA releases. Definitely recommended for a very fun watch.