The Art of Self-Defense - Blu-ray Review

The Art of Self-Defense 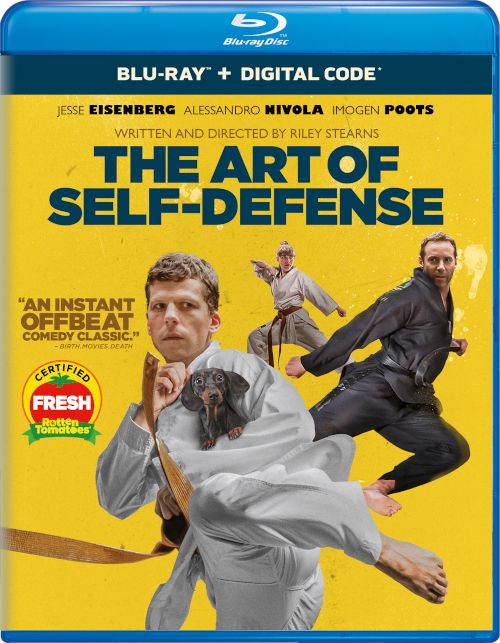 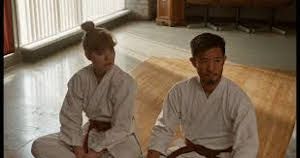 Movie
I was honestly expecting to be completely turned off by The Art of Self-Defense judging from the trailer. I like Jessie Eisenberg’s films, but when he goes into indie movie making he’s had some less than stellar results. I had minor flashbacks to the HORRIBLE 2013 film The Double when watching the trailers, and was fully expecting to be really bored by this one. Surprise, surprise, The Art of Self-Defense actually turned out to be one of my top 5 favorite films of 2019, as it fully embraces the heart and soul of a black comedy, while infusing elements of Fight Club (if Jared Hess were helming it) as well. There’s a quirky sort of self deprecation to the role of the main character, while still being deliciously exciting and full of sardonic wit at the same time.

Casey Davies (Jessie Eisenberg) is a mousy and weak little accountant who gets mugged one night on his way to pick up dog food. Beaten to where he needs to take some time off of work, Casey becomes even more afraid of going out at night. Staying inside all day with his little Dachshund, he finally gets sick and tired of being afraid and attempts to buy a gun, only to realize that he has to wait a few days until his paperwork can go through. Desperate and terrified of life, Casey stumbles upon a local Karate Dojo, where the mysterious and powerfully intimidating Sensei (Alessandro Nivola) draws him into the world of fist and foot.

Becoming COMPLETELY enamored with the world of martial arts, Casey dives headfirst into the classes in an effort to make himself feel more powerful. The only thing is, Sensei has a few secrets of his own, and while the changes come fast and furious for Casey, he’s not able to keep up with all of the newfound energy and confidence. But it’s not until he discovers the true secret of the dojo that Casey actually finds who he really is. A journey and discovery that comes at a terrifying price, and will most certainly change the young accountant’s life forever. 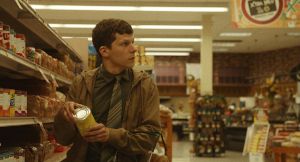 The Art of Self-Defense is not your typical comedy, but a very bleak and black one that thrives off of deadpan humor that is delivered with a completely serious face. The lunacy and double speak that happens throughout the film only enhances the hilarity of the movie, playing off of how completely ludicrous and nonsensical what is being said actually is. I will fully admit that this is not the comedy for everyone, but if you like a bit of Jared Hess, some Fight Club and sincerely black humor, then this is the movie for you.

The film keeps a light and airy pace with some black humor thrown in for good measure up until the 45 minute mark. At that point the story takes a VERY dark turn and becomes blacker than pitch, and the humor tends to be more guffaw worthy, but also much more limited. This second act twist actually is the biggest benefit of the film, as the first 45 minutes are ludicrous and insane that I was having a hard time seeing how writer/director Riley Stearns was actually going to wrap up the movie. This “fantasyland” twist actually works to the film’s favor, cementing the insanity of the movie as it propels itself into a near alternate universe where murder isn’t a big deal, and the bleakly comedic ending just WORKS in so many ways.

Eisenberg does his best work when he’s completely deadpan, ala Zombieland, and he does a magnificent job here carrying the main role. I was a little saddened that an amazing actress like Imogen Poots is only given a bit part, but she does what she can with the limited time on screen. The biggest surprise to me was Alessandro Nivola as Sensei. He completely stole the film in just about every scene that he’s in, and his chemistry with Jessie Eisenberg is just sensational. The two played off of each other’s deadpan humor really well, leading to some of the best scenes of the movie when the two face off (that ending had me and my friend watching with me just busting up laughing). As I said earlier. The Art of Self Defense is not for everyone, but as a fan of black indie comedies, this one just completely made my day. 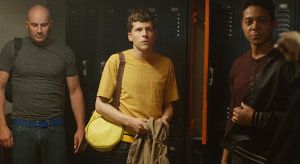 Much like the film itself, The Art of Self-Defense is highly stylized in the visual department as well. Given that old timey 1970s yellowish color grading and a rather bland and dimly lit martial arts room as the main location of the film, it tends to look a bit flat and grungy. There’s some definite low light digital noise that crops up more than a few times, with some inherent lack of clarity from those big noise spikes. The 1.85:1 framed film generally is well detailed, showing off intimate clothing details, faces and the spots of blood on the dojo mat, but the movie is definitely not shot to look as sharp and clear as possible, despite the use of the Panasonic digital cameras. Black levels are good, but never attain deepness and clarity that some other films attain due to the digital noise that crops up, as well as the yellow color grading making the black levels a bit murky. All in all the transfer is more than adequate enough, and the styling is never so detrimental as to be a problem, giving us a rather solid looking image throughout. 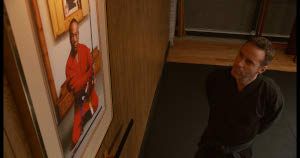 The 5.1 DTS-HD MA track is equally as adequate for the simple sound design. While there are exciting and explosive instances in the film, the movie’s sound design is mostly centered in the front of the room, with the ambient effects and score filling out the rears for their mild activity. There’s a few whomps and LFE heavy moments to accompany the punches, kicks and motorcycle use, but otherwise this is a fairly laid back track. Dialog is the center focus of the mix and it does so quiet well. Jessie Eisenberg’s Casey is a quite and mild mannered young man, which means he tends to speak quietly and meekly most of the time, yet the center is able to handle the whispers easily enough, only to jump in action in a burst of rage, or have Sensei screaming at him. The mix is subtle and laid back, but there’s nothing technically wrong with it aside from just not being an action track.

• An Important Message from Sensei
• Cast and Crew Interviews

The Art of Self-Defense is a film that just totally blew me away. I really wasn’t expecting to enjoy the movie AT ALL based upon the trailer, but I ended up laughing myself silly with the black humor. The tongue in cheek parodying of “toxic” masculinity as well as the outright obvious implications for a modern Fight Club were almost as perfect as you can get. The humor was ridiculously black and funny, with the second act’s delve in to the BLEAKLY black and fantastical actually being one of the best moves the film could make. The Art of Self-Defense is outright winking and nodding at the camera in a deadpan sort of way, and while it may not be for everyone, was one of the most refreshing watches that I have seen in ages. Highly Recommended.

Thanks for the review. Never heard of this one but after reading the review and seeing the trailer, will check it out.