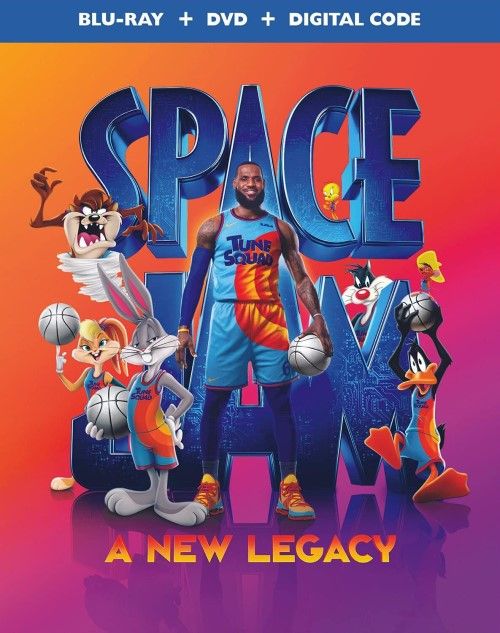 Movie
Lets not kid ourselves here. No one is shocked at all that Space Jam: A New Legacy was a critical and box office bomb. This is a sequel to SPACE JAM!, widely considered one of the worst made “classics” of all time. 1996’s Space Jam was everything the critics said of it back 25 years ago. It was a cynical piece of marketing by Warner Brothers that hinged off of a successful Nike commercial with Michael Jordan. Somehow the movie wormed its way into “classic” status during the early 2000s when everyone was doing the whole “remember how cool the 90s were?” thing back then. But lets be honest here. The only reason that it gained classic status outside of the 90s schtick was that Michael Jordan was a part of it, and Jordan was THE biggest superstar in the world at the time. Not to mention he had just won the NBA championship months earlier. Back in the 90s Jordan was an absolute LEGEND. There was no other sports star that would compete with him. Fast forward 25 years and Warner figures they can reboot the same tired old marketing campaign, just with a new superstar, LeBron James.

The movie was filmed on a $150 million budget, but BARELY managed to squeak by $160 million WORLDWIDE! A feat that is extremely painful when you consider a movie usually has to make 2-3x it’s budget back to account for marketing, percentage of sales that go to theaters, worldwide licensing share rights etc etc. To be honest, I’m not shocked one bit. Space Jam was a product of its time, and badly received even back then. The classic status only was achieved 5-10 years later when 90s nostalgia took over. This is just a bigger budget version using a less popular basketball star (James is kind of in the spotlight for being a jackass more times than not, which is the polar opposite of Jordan’s very affable and likable personality), and Warner Brothers shamelessly plugging every one of their intellectual properties in one spot in a blatant advertisement segment disguised as a movie.

The story is a bit different than the original, but still the same basic roll out. LeBron James is at the peak of his game, but he’s starting to lose contact with his youngest son Dom (Cedric), who doesn’t want to follow in his father’s footsteps and become a basketball star. Instead he wants to design video games, and at 12 years old has pretty much finished his own game. Things take a turn for the weird when a rogue AI within Warner Brothers new algorithmic marketing software decides that “King James” should be the face of Warner Brothers animation. After LeBron refuses the offer, Al G. Rythm (Don Cheadle) takes personal offense and sucks both Dom and LeBron into the digital world of the Warner Brothers servers. There he pits father against son in an effort to exert his power and bend LeBron to his will in a game of “Dom Ball” (the game that Dom is creating), which uses fantasy basketball tactics. A move which forces LeBron to think outside of the real world and embrace the Looniness that is this digital world.

Yup, not hard to see why the sequel flopped worse the original. A movie that was badly received at the time and ONLY got into classic status due to nostalgia factors (lets face it, Space Jam is a categorically bad movie, even today with “member berry” glasses put on). LeBron famously pouted that it failed due to racism, but we all know the reason this didn’t do well. It’s a soulless corpoarte movie designed to push their intellectual properties into the faces of viewers, and lets not forget the main reason. It doesn’t have Michael Jordan (though I did get a chuckle at the “Michael Jordan” cameo at the half time point). James can’t act worth anything (though, to be fair, Michael Jordan wasn’t exactly Lawrence Olivier either) aaaaaaaaaaaaaaaaaaaand, the Looney Toons thing is kind of played out. To be completely fair, I’d almost take Shaq’s Steel over Space Jam: A New Legacy because it was sooooooooooooo bad that it was kinda fun. This is just boring and like dragging your bare stomach across broken glass to get through all 2 hours (ish).


Rated PG for some cartoon violence and language

I watched the 4K UHD first and THEN the Blu-ray, so the differences stand out a bit more. The images are surprisingly similar in many ways, especially with regards to detail levels, but also differ quiet dramatically in others. The fine details are very solid, but I noticed the real world got a bit noisy from time to time, and the black levels showed some very minor banding. However, intimate facial details, or clothing show incredible detail levels. The colors are vibrant and rich, as this is a massively cartoony effort, and the 2K master does wonders for the films overall look. It's a great transfer, and definitely one of the better Blu-ray titles I've seen recently, but due to the noise and banding it's not as PERFECT as it could be. Still, a very nice looking Blu-ray that stands out as how easy it is to make great encodes these days with digital everything.

Warner is still king of audio mixes by putting the Atmos track on BOTH the 4K UHD and Blu-ray disc, so this portion of the review will be identical across both formats. Needless to say, this is a one kick butt track. I was shocked at how bass forward it is from the very opening credits, and it doesn’t let go throughout the game. Overheads are used mildly with mostly ambient support, but you can isolate some of the cool overhead slam dunks etc. with those channels. The game itself is wildly kinetic, with tons of energy and a constantly moving sound field that makes great usage of all the speakers involved. Dialog is crisp and clean as usual, and the powerful mix is just very “in your face” and more aggressive than I was expecting. Top tier mix all around.

Sorry, but Space Jam: A New Legacy is no slam dunk. In fact, it’s more like Shaq trying to shoot a freethrow...e.g...a solid miss. I’m not sure why the powers that be greenlit a 25 year late sequel of a movie that was considered a bomb back then, with a less likable basketball star, and a bigger budget. The thing screamed box office bomb from the second it was announced, and it surprises no one that it met those “lofty” expectations of failure easily. The Blu-ray disc is stunning though, with great video, amazing audio, but moderate extras. Still not worth making lemonade out of these lemons though, as the movie itself is barely worth the time to watch. Just Skip It unless you REALLY like what you see in the trailer.