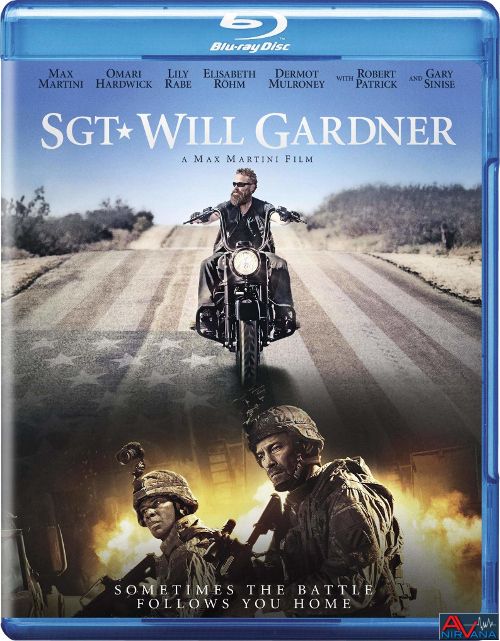 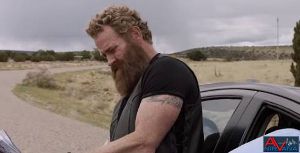 Movie
As someone who grew up in a family who was either military or police officers, the term “no man left behind” carries a special meaning in my heart. It’s a statement of great pride as our military forces are some of the best on the planet, and make it their personal mission to make sure that every serviceman makes it back if there is any breathe in their brother’s bodies. A brotherhood that unites as strongly as blood, and one that is not easily broken when back on civilian soil. However it is also the 800 lb cynical gorilla in the room midst all of these discussions about national crisis (a wall, opiates, you name it) when you come to the realization that there are 10s of thousands of men and women who fought for our country dealing with differing degrees of TBI and PTSD every day. Over 50,000 (some estimates are as high as 70,000) vets are living on the street today, many suffering from mental illnesses that came from their duty time, and yet the vast majority us think that it’s not our problem. However, this is everyone of our problems as these are the men and women who put their life on the line so that we can live in relative safety back home, and have sacrificed more than many of us could ever comprehend. Coming from said military family I also have seen the first hand effects of PTSD in my family, as well as some of the negligence that the VA and other post war treatment facilities operate under on a daily basis, so watching Sgt. Will Gardner hit a little closer to home than I was expecting.

My initial thoughts on the movie when I saw the press release was one of ambivalence. Hollywood has a tendency of botching these “made for our vets” movies VERY badly, and usually have the film end up being a jumbled mess with a depressing “cut your wrists from watching” tone to them. However, the closer it came to release date the more I started researching into the background of the movie’s production for this review and really liking what I saw. Max Martini (13 Hours, Saving Private Ryan, The Unit) has worked closely with military vets for much of his acting career and got a first hand look at some of the effects of PTSD and emotional injuries with some of his military friends. During the filming of the show The Unit he felt a calling to make a film about PTSD in honor of our brothers and sisters who made it home, but didn’t exactly come back from their tours. Over the years he built up relationships with several of the pro veteran affairs organizations (including his buddy Gary Sinise’s famous one) and finally was able to get the financing for the film he wanted to make (which is kind of difficult when you’re making an indie film for an American only audience with limited funds). Most of the actors in the film actually took a dramatic pay cut just to be able to work on this passion project, a lot of the production crew did pro bono work to help keep the film under budget (according to Max Martini it should have been a $10 million dollar budget with all of the actors involved, but they took enough cuts to make it at $2.7 million), and in all honesty, you can kind of see why. Sgt. Will Gardner is not a perfect film, but the energy and loving devotion to showing the humanity and need of veterans suffering from PTSD and TBI (Traumatic Brain Injury) is leaps and bounds better than any of the recent films on the same subject.

Will Gardner (Max Martini) is a homeless drunk, living on scraps from his under the counter painting boss Tony (Robert Patrick) who is more than willing to just shuffle him off to the side as a loser bum. Will isn’t exactly the most stable guy as he suffers from PTSD and a brain injury that has left his faculties a bit dim, especially with the aid of the booze that barely keeps the nightmares and haunting memories of brothers dead on the battlefield at bay. The only comfort he has is the memories of his best friend Sam (Omari Hardwick) who he can’t get out of his head. After Tony gyps him on a job, Will snaps, stealing Tony’s brand new Harley and setting out on a road trip to reunite with his son and gain some of his mental health and dignity back.

I was a bit surprised with how Sgt. Will Gardner went really. I was expecting a low budget, crummily acted, and overly depressing film, but what I was met with was quite the opposite (well, except for the low budget part). Max Martini paints Will Gardner as a sympathetic hero. He’s on a journey to regain his mental health and unfracture his life, and the tone of the film is much more upbeat and warm than I expected. There is some somberness with Will’s mental condition, as well as the drinking that he uses to mask his pain, but the there is an upward movement to the film’s emotional resonance. You like Will, you sympathize with his pain, and you cheer when he makes strides in his goals. Even though he did kind of jack the motorcycle, you can understand his driving motivation and the sense of freedom it game him. Which brings me to a fascinating (and true) observation. The motorcycle itself is a key feature of Max’s rehabilitation. It gave him the freedom he needed as well as acting as a focal point for him to mentally hold onto his sanity. I’m not going to give away the ending (which is a bit somber), but when that bike is taken away, it also goes to show just how fragile those suffering from mental issues like Will can slip back into the catatonic state that he was at the beginning of the film.

Sgt. Will Gardner should have been a crummy movie by all accounts (I honestly was expecting it to be before I started doing researching into how much of his heart and soul Max Martini put into the making of the production), but it turned out to be much better than I expected. Sure, there are some low budget elements to the film, and this isn’t meant to compete with films 50-100x the budget, but combined with the earnestness and gentleness of the call to help, Sgt. Will Gardner ended up being rather good. I had a few issues with plot points (the female that Will hooks up with for one. Her story could have been cut completely), but overall this was a very enjoyable, and very sobering call to action for a very serious dilemma happening in our nation today.

Cinedigm’s 2.39:1 framed Blu-ray transfer is very very clean looking, as it comes from a digital shoot (and supposedly finished at 2K from what I could ascertain from my sources). Like most digital shoots it can look a bit flat at times, but the clarity is razor sharp and the colors warm and inviting most of the time (those flat moments have some gray push to them, but there are many many bright and shiny shots for ever one flat one I noticed). Blacks are great, with deep shadow detail and only a few times that the flatness would cause the blacks to wash out a bit. Overall it’s a great looking disc and with the limited amount of extras on board, it allowed for a higher than average bitrate for the encode as well.

The 5.1 DTS-HD MA track is simple and precise, as the film is a very dramatic film it tends to be weighted very much in the front of the room. Dialog is clean and evenly balanced, and the surrounds to get a decent amount of activity thanks to the score, or when Will is roaring around on his motorcycle in the open roads. Bass is punchy and powerful with the bike, and a few of Will’s flashbacks really bring home the low end bacon with frag grenades exploding and gunfire blasting all around. The low budget track gets it all done well, and I can find no real major issues with the track other than the fact that this is mostly a dramatic film with quiet dialog.

Max Martini’s efforts paid off, as Sgt. Will Gardner is a very solid personal drama with a few mild flaws to keep it from being great. The ending really sinks it’s hooks into you though, as it has just that perfect amount of hopefullness and somberness to make it good, but not overly cheesy. Max Martini set out on a mission to bring attention to the fates of these men and women, as well as to use a goodly portion of the profits from the film to be donated to several Veterans Affairs private organizations to help them in more ways than visibility, and in that aspect he succeeded well. The disc from Cinedigm is great looking, with fantastic video solid audio, and a moderate array of extras. It may not be everyone’s cup of tea film to watch as this is a very much a mission oriented film, but it is certainly well worth checking out.