Santana: Live at US Festival 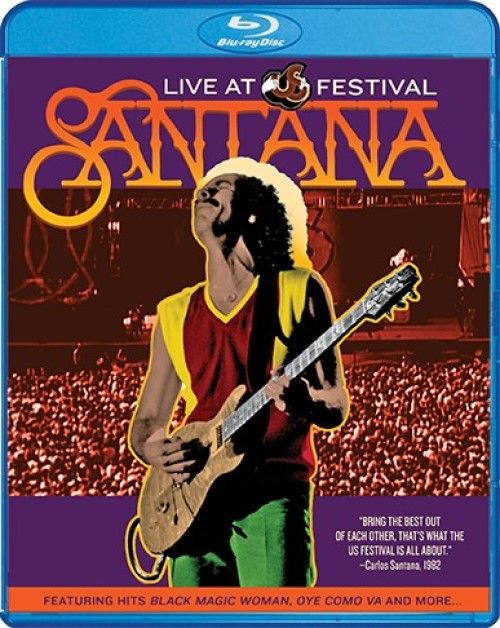 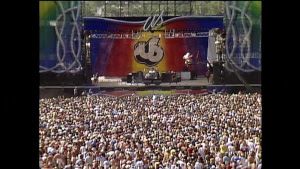 Movie
There’s no way around it. You can’t mention “Santana” without mentioning Sergio Mendes and the influence that he had on Latin progressive rock music in the 60s (and some of the 70s). Mendes was what most would call the “predecessor” of “Santana”, influencing a lot of Mexican Americans to influence modern (at the time of course) rock music with a Latin flair, fusing it into something completely new and mesmerizing. Right around 1969 as Mendes’s career was waning, “Santana” took off into the stratosphere, carving a niche out for themselves that has been felt for the last 50 years. When most people think of “Santana” they immediately think one of the founding members that the band was named after, Carlos Santana. Carlos and Alex Ligertwood pretty much crafted the idea together, but the band itself has been extremely fluid over the last 50 years. Band members have come and went, with various lead singers (with Alex Ligertwood and Greg Rolie being the most prolific) and the only remaining constant in the band being Carlos himself. And even then, Carlos has gone on and done plenty of solo work outside of the band, gaining several Grammy’s, and induction into the Rock n’ Roll hall of fame.


Shout! Factory has given us a glimpse into the past, advertising the “US Festival” from 1982 (my birth year to be precise) show on the disc. The reality is that this is a strange hybrid of the music festival, where the track list of the live show is split up with little excerpts from Carlos Santana himself, explaining bits of history on the songs, as well as insights into his thoughts and musical process at the time. So it really is a strange feeling of rock concert and documentary at the same time. Don’t fear though, this isn’t just a ton of talking interspersed with a few songs. Rather it’s an hour and 7 minute film with 90-95% of the time being spent on the live festival, with little chapter breaks with a few minutes of Santana (from a year or so ago) talking. 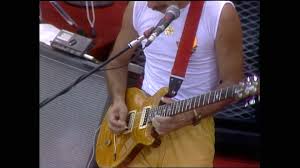 The track list is broken down to, and covers pretty much the entire line up of them from the festival.

The lineup from 1982 for this festival was Alex Ligertwood (Vocals), Carlos Santana (Vocals, Lead Guitar), Richard Baker on keyboards, David Margen on Bass, Graham Lear on drums, along with Raul Rekow, Orestas Vilat and Armando Peraza on percussion. There’s also a moment where Herbie Hancock comes out on stage to do Incident at Neshabur with them.

I’m not the wildest “Santana” fan on the market, but I have to admit that the band was an incredible tour de force, and Carlos Santana himself is one of the premiere guitarists that came out of the 60s and 70s, along with Hendrix. The festival itself is a blast, with the band obviously having fun, being at the peak of their career before they became rock n’ roll hall of famers, with arguably the best singer the band ever had. The track list is awesome, chronically some of their greatest hits of the times, and giving us a glimpse back into the past some 37 years ago. 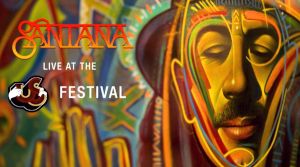 Being that there is interview material interspersed with the music the final encode shifts between two distinct visual styles. The first is the interview material that was obviously shot on higher end digital cameras, and looks as pristine and 5/5 star rated as you can get. However, most of the film is the actual video footage of the US festival, which ranges from really good, to ok depending on which camera angle was being used at the time. Some shots look incredibly clear and precise, with strong warm colors and good detail levels, while others have more noise and grain, and even have some artifacts from the source that can’t be scrubbed away (there’s a few times where one of the cameras gives off horizontal orange lines across the top that come and go depending on when that one camera is utilized again). Black levels are good, with strong depth but definitely more noise than wanted. It’s an old film festival recording, so I’m actually surprised that this is as good as it is, and for those wondering if it looks bad, I can honestly say that there’s only a few moments where it actually looks “bad”, with the rest range from good to great. 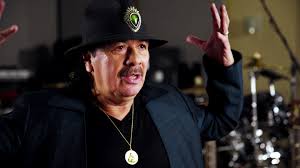 Shout! Factory has provided us with the original 2.0 track from the festival, just re-encoded to a full lossless mix in DTS-HD MA for us to enjoy. While I would have loved to have heard a 5.1 mix, I can understand as it was a music festival and taken from the original source, which was way before we ever started filming those festivals with the option for multi channel support. The lossless mix is fantastic for the most part, allowing for the music to come through cleanly and clearly, and even capture a little bit of the crowd’s reaction to the music. Sometimes a voice would get a little bit lost as someone turned away from a microphone (natural oopsie), but this is a clean track that doesn’t have any noticeable hiss or audio glitches, and does a wonderful job with the 2.0 channels that are at its disposal. 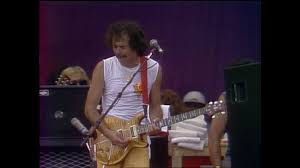 Again, I must admit that I’m not the biggest “Santana” fan ever, but I had a great time with some of the classic songs of the band being played back in their natural element. For fans of live music these glimpses into the past are a fantastic way to see how the music was received back then, and usually is a much more enjoyable experience than a polished studio album (at least from my experience). I kind of would have rather had the Carlos Santana interview bits put at the end or the beginning of the film and let the festival play out as naturally as possible, but it’s not a wild deal either way. The video and audio are very solid for being 37 year old video tape and camera material, and there is very little grunge associated with this video transfer. All in all, a fun watch for “Santana” fans.