Reign of the Supermen - Blu-ray Review

Reign of the Supermen 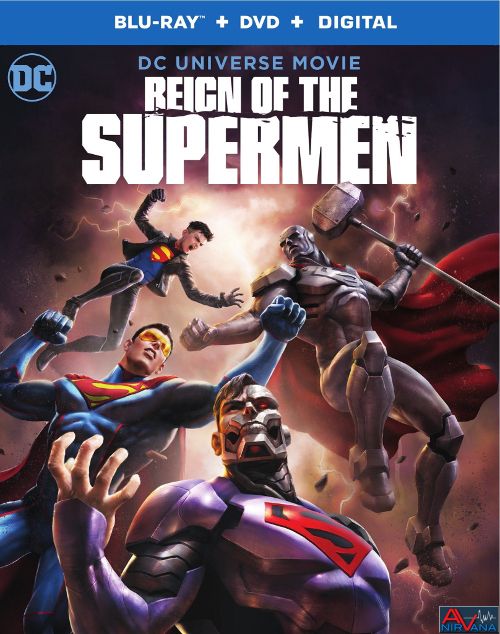 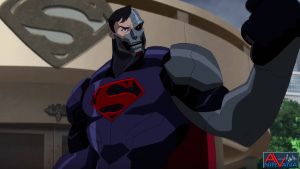 Movie
Sam Liu is pretty much dominating these WB DCAU films recently. He’s directed the vast majority of the new DCAU films by FAR, as well as been heavily involved with the production/directing of The Batman and several other DC animated enterprises. So it was more than natural to have him helm the second part (or sequel shall we say) to 2018’s The Death of Superman (one of the most iconic comic book story lines in all of Superman history) with his resurrection in animated form. Reign of the Supermen is a solid sequel to The Death of Superman, wrapping up all the coy little winks and nods from that movie, as well as bringing in some fresh blood in the from of Superboy and Man of Steel as well. The end is a bit lacking for such an epic story line, but the movie is a satisfactory addition of the new DCAU film series and a fun watch.

Small spoilers from The Death of Superman (sorry, the title along gives away the biggest one). Superman (Jerry O’Connell) was killed by Darkseid’s (legendary character actor Tony Todd) tool Doomsday, and the world is reeling from the lack of Superman. Metropolis is not long for superheroes, as the city sees an uptick in crime, followed by an uptick in super men. The first being a child wonder with all the powers of Superman, but only a fraction of his age, named Superboy (Cameron Monaghan). The second a powerful entity wearing the superman cape and a brutal sense of justice known as Eradicator, a man of LITERAL steel who dons the cape, and a mysterious half human, half cyborg who claims he IS Clark Kent (e.g. the real deal) himself. None of these super MEN have the exact code of the one they claim to be, and each one vying for a spot in the limelight as the new king of superheroes.

Lois Lane (Rebecca Romijn) is more than suspicious of the newcomers, especially Superboy, who is bankrolled (and ruled) by Lex Luthor (Rainn Wilson) himself. However, she is inexorably drawn to the Cyborg Superman, who claims that Kryptonian technology has made his return possible. He says the right things, he has enough of the memories, but there’s something “off” about him. When the rest of the Justice League is transported to another dimension via a Darkseid portal, Lois begins to dig deeper into the identities of these Super Men and slowly uncovers a plot that emanates much further away from her normal targets of Luthor and evil on earth. 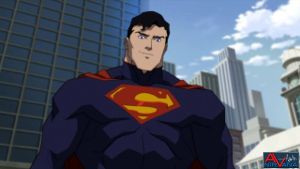 Reign of the Superman is a fun movie, but one that has a few flaws. The introduction of all the new Super Men is actually quite fun, especially with Superboy and Steel coming into play. But like the comic book before it, Reign of the Supermen has a hard time living up to the legendary story that came before it. Hank Henshaw as Cyborg Superman is not really that scary at all (he’s scarier in Supergirl for that matter) and Darkseid is completely neutered. We get to see a bit of his power through the voice of Tony Todd, but the all powerful villain of the DC universe (this universe’s Thanos or Apocalypse) just growls a bit and is frustrated when Cyborg Superman ruins his arrival.

Still, there is a lot of fun to be had with the varying super men vying for power, and the battles are actually really neat. The opening one at the podium with Eradicator, Superboy and Steel is a (literal) blast, but sadly the Justice League themselves are only there for window dressing. It seemed like the studio felt that they needed more big name characters thrown in, so they did so, even if the result was that they were only in the movie to wave at the camera and then vanish. 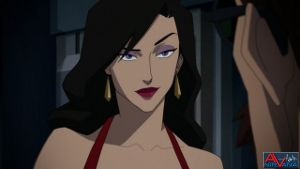 While we didn’t get to review the 4K UHD disc for Reign of the Supermen, I’m not too put out about it. The DCAU films have all been rather lackluster on 4K (the animation style and clarity just doesn’t do 4K well, and the lack of HDR precision on the 4K DCAU titles I have seen seem to indicate that it’s not exactly an upgrade over the Blu-ray), and barely better than the Blu-ray. As such, this Blu-ray is more than adequate to get the job done, and looks indicative of the rest of the DC animated universe films. Colors are bright and well saturated, and detail levels maintain a strong amount of clarity for the animated movie. Banding does come into play quite heavily (seriously, this is pretty much a staple of the DCAU films, and seems to be baked into every source material for their animated films), but overall it’s a very pleasing image, from the dark gloominess of Darkseid’s lair, to the bright and clean world of Metropolis. Warner’s Blu-ray is pleasing enough for most people and falls right in line with the quality levels of the rest of the WB DCAU films. 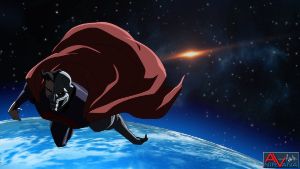 The 5.1 DTS-HD MA track (present on both the 4K disc and this Blu-ray for those wondering), is a really good track that sometimes flickers into the great category. This is an action animated film, with near non stop explosions, eye laser blasts and crushing buildings to keep things active. The mix is aggressive and vicious, slamming you back with heavy waves of LFE and the chaos of battle. Musical score bits are full and rich, and dialog is cleanly replicated in the front of the room. Surrounds are a bit lighter than expected, but there’s enough battle sequences and chaotic action to keep them running. Every once in a while I was really wow’d by the bass, as it was hitting HARD and deep. Much heavier than some of the latest DCAU films, and it certainly added a nice flavor to the film. 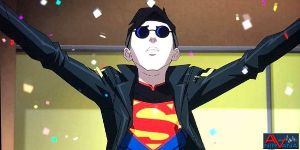 ​
Reign of the Supermen is a solid conclusion to last year’s Death of Superman, even though it culminates with a less than stellar ending for the film. The action is intense, the technical specs quite pleasing, and a rather fun watch from beginning to end. Fans of the series will be glad to know that it ties together all the loose ends of The Death of Superman, with the only issue being the before mentioned weaker ending. Definitely worth checking out for fans of the DCAU.