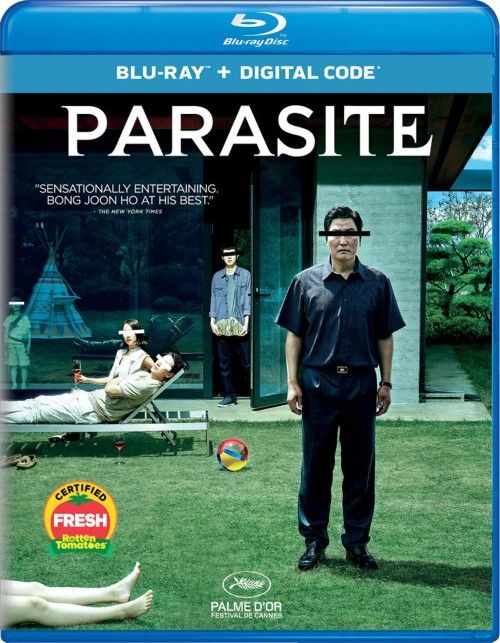 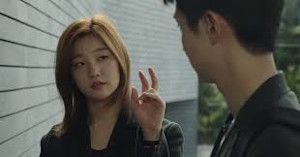 Movie
With a name like Parasite and being directed by the director of The Host and Snowpiercer, I was expecting something MUCH different than what we got. Since I literally went into Parasite intentionally ignoring every trailer and tidbit of information out there on the film (Bong Joon Ho’s movies are best walked into with as little information as possible for a fresh experience) I had images of monsters or nasty viruses being spread everywhere, so you can imagine how uneasy I was during the opening act. I kept expecting the monster to come out at any second, and it wasn’t till the second act that the concept of the film slowly dawned on me. We weren’t watching a horror movie, but something much more insidious and sneaky in terms of social messages. Bong Joon Ho blends in a dramatic thriller with high brow social class commentary in a way that makes both arthouse and general audiences completely at ease, accessible to both.

The Kim family leaves in squalor, and really sees no reason to exercise will or effort to raise themselves from that situation. Father Ki-taek (Kang-ho Song) and his wife Moon-gwang (Hye-jin Jang) have been out of work for the last 6 months, with their children Ki-woo (Woo-sik Choi) and Ki-jun (So-dam Park) having to take odd jobs to make ends meet. Ki-woo gets an opportunity of a lifetime when he’s asked by his friend to cover his tutoring of a rich girl’s English lessons while he goes abroad. Even though he’s never been to university in his life, Ki-woo’s life experience has made him quite adept at he English language, and he desperately needs the money. Thanks to his sister Ki-jun’s technical skills he forges some documents and soon ingratiates himself into the rich lives of the Park family.

However, This is not just a job, and what happens next has happened before. Preying on the naivety of Mrs Park (Yeo-jeong Jo), Ki-woo hints that he might know of an art teacher for their artistic child. This art teacher turns out to be Ki-jun under and assumed name, and now the TWO of them have jobs. Slowly but surely the Kim family winds and worms their way into various other positions in the rich Park family, simulating a parasitic relationship as they suck the wealthy family for all they’re worth. However, the deeper they go, cracks start forming in their devious plan, as both family’s dark secrets start bubbling up to the surface.

Parasite is an utterly phenomenal film, and manages to capture two completely separate audiences simultaneously. On one hand Parasite is a very complex thriller with some sickening consequences. It targets the general populace who loves a good thriller, and even allows some good complex thought on the subject of letting people into your life based simply upon blind recommendation. The other audience are the arthouse fans. I mentioned it up above, but Parasite is really an arthouse film disguised in the guise of a thriller. Bong-joon Ho crafts a carefully constructed tale of the haves and have nots, using the theory of a parasitical relationship to strengthen his already complex thriller narrative. The Kim’s are purely parasitic in nature, leeching off of the goodwill and good paychecks (and of course naivete) of the rich. They’re slimy, out of place, but completely capable of blending in with people outside of their social class. The same can actually be said of the Park’s as well, and the film accentuates how the two classes leech off of each other for their own personal gain. In the case of the “haves” it’s how they take advantage of their labor in order to prop up their lavish lifestyle. Mrs. Park is seen as a brain dead rich person who, according to her husband, can’t cook worth anything and would allow the house to turn into a dump if it wasn’t for the housekeepers.

To put it simply, Parasite is a superbly directed, written, and acted film that magically bridges the gap between arthouse and general viewers with relative ease. The main thriller narrative is easily accessible to cinema goers everywhere, but the underlying themes get deeper and deeper the more you peel back the onion layers of the script. After watch the movie 3 times this week I’ve gained a new appreciation for the story with every viewing, and fully understood why it was the first Korean film to gain nominations for the Academy Awards (a huge win for Bong-joon Ho). It’s a taught thriller, a compelling story piece, and a painfully poignant caricature of class warfare. Nothing is ever out of balance, and nothing is ever overly in your face. Instead it unfolds with disturbing elegance with uncomfortable overtones, leaving the viewer both sad and happy by the time the credits start rolling. Multiple viewings only gain more insight into the inner workings of Bong-joon Ho and the film only gets better each time I’ve sat down to watch it.

Rated R for language, some violence and sexual content

I was HUGELY disappointed that Parasite didn’t receive a 4K UHD disc simply due to the fact that the Blu-ray is nothing short of perfection, and having been finished with a 4K master would have made it a stellar demo worthy UHD disc for sure. Especially for a film that was nominated for multiple academy awards. That being said, I’m still thrilled at the Blu-ray though, as it is one of the looking discs that he format has to offer. The digital production is clean and clear as a whistle, with jaw dropping clarity throughout. You can see every line on the Kim family’s weary faces, every bit of jewelry and backdrop baubles at the Park family mansion, and I couldn’t find any sign of artifacting at all. I looked too, I really couldn’t find any banding, haloing, or even digital noise that was visible on a blown up 120 inch screen at that. Colors are well balanced and copious, with hints of blue-green and amber depending on the scene. Blacks are deep and inky to the extreme, yet don’t crush in the slightest and give forth copious amounts of shadow detail, even in the dimly lit cellar beneath the house. Simply put, this is a demo worthy disc that is worthy of all the praise that everyone has been heaping on it.

The singular 5.1 DTS-HD MA track in the film’s native Korean language is nearly as good as the video. The film is not a high octane track with a lot of violence or action (except near the end), but it’s a fully robust and vibrant mix that really makes good use of environmental sounds. The dialog is clean and clear as usual, but the surrounds and mains get a really nice boost with some awesome environmental cues. A coughing fit with the housekeeper reverberates in an echoey kitchen, and the sounds of rain and thunder during the drunken monologue before everything goes awry is simply incredible. You can hear the entire sound stage just fill with individual rain drops, and the crack of thunder hits hard and deep. LFE is mainly used to accentuate the score (which is phenomena by the way), but it does come to play with that thunder storm, as well as some of the deeper moments within the cellar.

Parasite’s exploration of the symbiosis of the social classes is EASILY one of my favorite films of the year. Well, ok, it’s only one month into 2020 so I’ll have to amend that. It’s one of the best films that I’ve seen in the last 12 months, and for good reason. Bong-joon Ho is a masterful director (I loved Snowpiercer) and his blend of writing, directing, and exquisite cinematography make for a lavish viewing experience. The fact that I have gotten something new out of the film each of the 3 times that I have watched it speaks to its dense narrative structure, and this has become one of the most highly recommended films of the year from me. No question about it, a must own.

Thanks for the review. I can see why this movie has a lot of buzz and all kinds of award nominations. I will check this one out as well as his previous movies.

I have heard many, many times nothing but great things about how good this movie is. I will watch it first before I read your review because I want to go in completely blind.
Thanks for the review!

It's an exceptional movie Asere, Knowing your taste in movies, I don't think you'll be disappointed

I agree. I just ordered it and arrives Friday

Asere said:
I agree. I just ordered it and arrives Friday
Click to expand...

Have you seen any of his other movies Asere? I really think you'd like The Host as a monster movie fan, and Snowpiercer is one of my favorite movies of all time

Yes I have. They are both excellent movies.

I’ll give this a rental spin...when I’m in the mood too read, as I don’t speak Korean.

It is a great movie...my wife and I have watched it twice already.