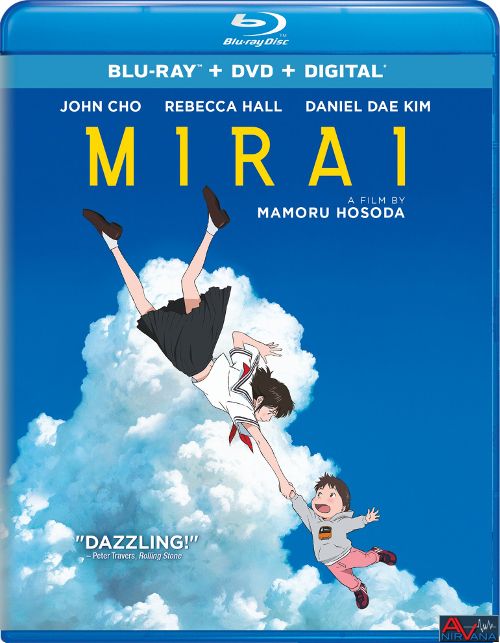 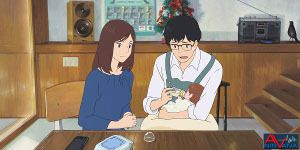 Movie
Family is one of the most important things in life. Whether that be family by blood, or family through love, either way, it is one of the things that defines us as human beings. The cohesive family unit is one that is complex, strangely simple, yet incredibly necessary to growing up, and it’s not always easy to see where the different facets combine to become one. Gkids and director Mamoru Hosoda (Samurai Champloo, The Girl Who Leapt through Time, Summer Wars) have come together to create a fun family drama about finding your place in your family with a fantastical and allegorical nature to it’s structure. The film is sweet, kind, and heartfelt to the core, and tackles some very serious issues when the familial structure is shaken and the kinds of reactions that someone might have to such a shakeup.

Kun (Jaden Waldman in English, Moka Kamishiraishi in Japanese) is a happy 4 year old child who is about to welcome a new baby sister into his life. However, the little tyke is not aware of just how much his life will change and the frustrations of no longer being the only child in the house as his parents (John Cho and Rebecca Hall in English, Gen Hoshino and Kumiko Aso in Japanese) start to drift their attention to the little bundle of life that has come into their life. Suddenly Kun is no longer the doted on child, as split attention and the needs of a newborn push him to the side ever so slightly. Angry and lashing out, Kun begins to hate his newborn sister Mirai and resent his parents for ever bringing her home. In a fit of rage he hits the poor baby, causing a lash back from his parents, and storming outside he runs smack dab into a magical world with a prince (who is surprisingly like their dog Yokku).

Dazed and confused, the mystical dog prince show Kun just how not being the center of attention isn’t the end of the world. Coming back happier and better after his playdate with the magical dog prince, Kun is ready to love his sister like he should. Only thing is, it’s still hard his father is wrapped up in work and his mother not only has to take care of Mirai, but also go to work and get housework done and HOPEFULLY spend some time with Kun. Once again frustrated, Kun’s anger triggers another magical experience. This time with a future version of his baby sister Mirai, all grown up and asking for his help in putting a pair of magical dolls away that very well may affect her marital future. Each time he become angry, another magical encounter takes place, each time teaching the young child just what it means to be part of a family, even when the going is tough. 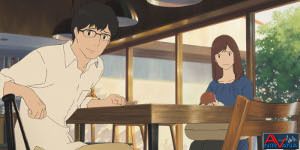 Mirai is a story about growing up and learning your place in a changing family unit. If you’ve ever had a new baby sister/brother in your life, or been one of the parents who added a second sibling, then the lessons learned will be blatant and very familiar. Each of the times that Kun is forced to go into his little fantasy world to cope, it’s over a very well known issue that happens with each new family member added. The youngest one always has the hardest time with things, as they are introduced to a new dynamic which changes up their “only child” routine. Parents will especially chuckle along with mom and dad in Mirai as you see the changing roles that the parents have to undergo as well. Gone is the easier carefree life from before, and not only that mommy dearest is worn out from having TWO children, which means the father now has to learn to take up new responsibilities that wasn’t given during the first child’s first few years.

The moral of the story is, things change, and the family unit changes with it. That change is nothing to be scared of, and Mirai does a wonderful job at recreating the highs and lows of youth where the youngest sibling is forced (uncomfortably) to adapt to new surroundings. Kun is a both relatable and laugh worthy (kindly laughing I might add) depending on your point of view. We’ve all been there before, and many of us have been there in both the child role, AND the parent role as well. The film’s full circle narrative is sweet and heart warming, and is one of the better non Studio Ghibli animated works of recent times.

Rated PG for thematic elements including some scary images 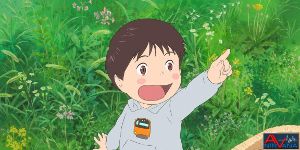 Mirai’s 1.85:1 AVC encoded Blu-ray presentation is nothing short of digital perfection, and jaw dropping perfection at that. I have very rarely seen an animated film THIS perfect before, and the use of hand drawn animation, CGI movement and attention to detail (look at the snowflakes coming down outside during the first “magical” experience and you’re sure to be amazed) is flawless. The colors are bright and cheery, with strong primary pops such as the red of Kun’s jacket, or the blue of his pants, and the use of background pastels and watercolors making for an amazing cornucopia of differing shades. Fine details are stunning, with perfect lines and edges, and the disc is about as artifact free as one could hope for. I honestly was looking for color banding or crush, or jaggies on the lines, but there was NOTHING to be seen. This is about as pristine and perfect of an image as one could possibly hope for.

Universal gives us both a 5.1 DTS-HD MA track in English dub, as well as the original Japanese track in the same lossless encoding. Honestly, the tracks are stupidly similar in terms of dynamics, with the only real difference being the dubbing, and that is something that is of a personal choice. I personally preferred the Japanese language track, but both are equally impressive. The mix is more reserved than a typical fantasy, with dialog the center focus for large swathes of the film, but there are quite a few boisterous moments that drag the track up from it’s slumber into being a powerhouse. The surrounds are actually used quite extensively throughout the film, with the wind whipping through the giant Oak tree in Kun’s yard, to the roaring of a motorcycle, or the pounding of rain drops as Kun gets lost in the rain. The LFE is deep and guttural, adding to a wide dynamic range that can have the track whispering at one moment, to roaring along with a plane engine throbbing in the background the next.

​
Mirai is both an incredibly deep film as well as a very accessible and simple one. The complexities lie under the surface if you know what to look for, but the general storytelling is one of a simple fantasy that will appeal to people of the older generations and younger ones alike. It really can be as complex or as simple as you want it to be, as the film doesn’t force the complexities on you, but rather allows them to be present and be analyzed for those who want to spend the time digging further than a story about a churlish child coming to grips with his baby sister. Universal and Gkids have given us a truly legendary Blu-ray disc to enjoy today, with a perfect video encode, near perfect audio AND a whole ton of extras to dig into. Highly recommended.

I finally got the chance to check this out. The entire family loved it. Great movie. I liked the back and forth (past and future) characters. Great story and how realistic it portrayed how taking care of a baby is and what it is like for the only child now being a second child is.

For me, when I put the disc in, the first thing that showed up was the menu to play the movie. No trailers prior.

correct, no trailers on loadup, just in the special features