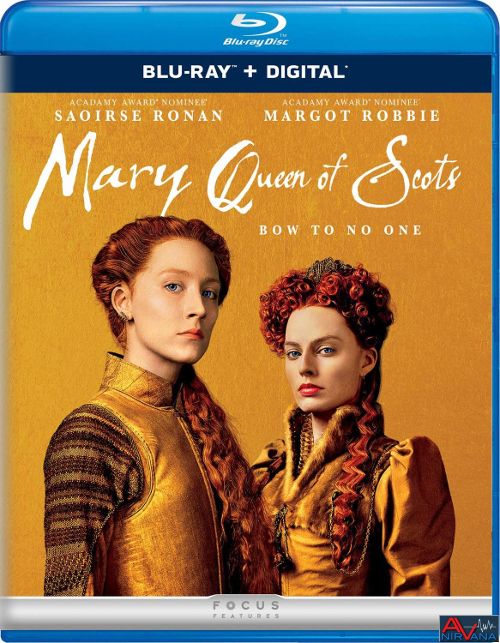 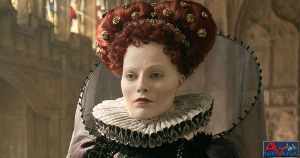 Movie
For such a film rife with historical information to pull from, and rife with the ability to literally be a female version of Braveheart (for those not familiar with Mary Queen of Scots demise, it’ll make sense if you pick up a history book and read about the fabled Queen of Scotland instead of having to slog through this turgid mess of a film), Mary Queen of Scots laboriously tells the story of Mary Stuart and her rise and fall from grace as one of the last lone queens of Scotland. I had high hopes for Mary Queen of Scots (based off of her biography by John Guy) due to the fact that Saoirse Ronan and Margot Robbie, but the end result is a film that just slogs its way through the more exciting bits of history with liberal use of historical inaccuracies in an effort to appeal to 2018 sensibilities and checking off human interest points (including a lot of female empowerment conversations between the two queens that have no basis in history) to drive the paint by the numbers film rather than make a compelling drama.

England and Scotland are on shaky ground with each other during Queen Elizabeth’s (Margot Robbie, playing the Virgin Queen) reign as the religious wars are BARELY held under wraps. Elizabeth and her monarchy are under Protestant rule, while the Scots are still heavily Catholic by nature. However, England has the advantage of Scotland not having a reigning monarch with a crown so peace is shakily drawn out. However, this comes to an end when Mary Stuart, after the death of her French husband, comes back to Scotland and intends to reign as Queen of Scotland (by the way, this is not to be confused with Mary Tudor, e.g., Bloody Mary, who was 60 years prior to this story). To make matters worse, Mary has a claim to the throne of England that Elizabeth 1st has and the Virgin Queen is insistent that Mary be married off to someone that she could control.

Thus steps in the dramatic/romantic miring of the film as Mary finds “love” with a courtesan of Elizabeth and finds herself giving birth to an heir (James, who would become the first Monarch to rule BOTH England and Scotland at the same time), and is deposed by her own half brother and the civil war that Elizabeth herself has formented in order to keep control of England and her throne out of Mary’s hand. What results is a glorious mess of sex, intrigue, double crossing, and a paint by the numbers story that is more content with having 2018 social issues checked off 1 by 1 rather than making a compelling historical drama. 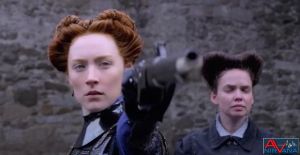 I mention that Mary Queen of Scots tries heavily to deal with 2018 sensibilities, and I mean that QUITE adamantly. For a film that tries so hard to get period piece costumes and accents just right, it fails so miserably in telling an accurate story. You’re much better off picking up a history book and reading about Mary Queen of Scots rather than pull anything accurate out of the film we’re watching right now. The entire dalliance with her love, his gay relationship with her man servant, the ENTIRE “sisterhood” sub plot with Elizabeth 1st and pretty much 80 % of the movie never happened! It’s like director Josie Rourke went out of her way to make a checklist of things that would win accolades at the Oscars (gay coupling, feminist underpinnings with Mary and Elizabeth, heart break) and then just acted them out in the most turgidly boring manner possible.

I will give props to Margot Robbie and Saoirse Ronan though. Despite an incredibly boring script and lackluster directing, both of the two ladies managed to give REALLY strong performances. Margot is incredibly dark and foreboding as the fearful Queen of England, and Saoirse exudes a sweet innocence and sense of confidence that totally makes you root for her (rather than the usurper she attempted to be in real life). The same can be said for the period piece costumes. The sets are just lavish and the dress incredibly perfect. However, these are about the only two good things in the entire movie, which itself is just a painful exercise in patience to get through.

Rated R for some violence and sexuality 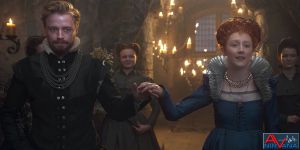 Mary Queen of Scots is a very dark and sometimes dingy film due to the copious shots within Mary’s castle, and it really does tax the Blu-ray at times. The film has a very organic and lifelike look to it, with sweeping shots of Scottish moors, lovingly crafted period piece costumes (it WAS nominated for best costumes this year in the Academy Awards) and the heavy makeup used to cover Elizabeth’s smallpox disease. The film’s textural qualities are not under any scrutiny, and neither are the rich colors of the English court or Ronan’s hair, but rather the dingy and dark sequences filled with low light that REALLY taxes the black levels in the film. Those shots are pretty heavy throughout and the low light makes the blacks a bit crushed, a bit washed out, and clarity can suffer as a result. It’s a good enough encode, but when comparing it against the 4K UHD disc, it’s very obvious how the extra bitrate and expanded color range really helped overcome those problem areas.

Universal once again puts the Atmos track on BOTH the 4K UHD and the “lowly” 1080p Blu-ray, so this portion of the technical review will cover both discs. The Atmos track is a fantastic accompaniment to the disc and one of the biggest highlights of the home media package. The sound design is both intricate and simple, switching between a simple forward heavy dialog based movie, and one that is awash in an immersive auditory landscape. The opening shot of the film is Mary on the seaside, with waves splashing all around the listener, and thundering off in the distance. The surrounds get heavy use throughout the film with the clatter and hustle of a busy castle, as well as the more intense moments on the field of battle. Even the wind whipping through the Scottish moors have a tactile and distinct tone to them. Overheads make great use of the castle walls, with echoes coming in from above and behind, and the dialog itself is picture perfect, evenly balanced, and clean at all times. Overall this is a near perfect track for an imperfect film.

​
Mary Queen of Scots had the potential to be a very solid historical drama, but really ended up being a turgid, boorish film that just takes actual effort to slog through. The period piece costumes were great, the performances of Robbie and Ronan fantastic, and the technical specs for the Blu-ray disc very solid, but none of that can overcome the frustration of actually watching the movie itself. Universal did a great job with the technical aspects of the film, with the only exception being the rather middling extras ensconced on the disc. While some fans of historical dramas may want to check it out, personally I would just skip the film entirely and pick up a history book if you’re at all interested in Mary Queen of Scots.