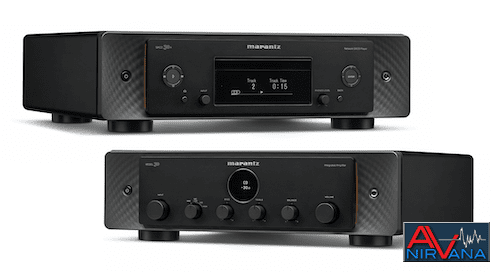 (September 1, 2020) It’s officially CEDIA Season! While the annual home theater expo is shifting gears to accommodate safety in this bizarre COVID climate, we can still expect to see an impressive rollout of exciting gear and impactful brand announcements. Today, we have a full course meal to digest courtesy of the AV industry’s 500-pound gorilla, Sound United, and its well-known brand Marantz.

Marantz’s massive September announcement is a mixture of brand direction and new products, with one definitively driving the other. So, let’s start by unpacking Sound United’s move to push Marantz in a different direction. It seems corporate leadership has decided that Marantz and Denon have developed an unhealthy convergence of technology, design, and pricing. For most of you, this probably isn’t an earth-shattering revelation, as each closely mirrors the other. That mirror, however, is being shattered and Sound United is making a concerted effort to unchain the two brands.

This new delineation gives Marantz a fresh look and feel in addition to pricing that pushes the brand upmarket. In other words, the marginal price gap between most Denon and Marantz gear is about to widen. This may not hold true for AV Receivers, as Sound United is signaling a continued Denon/Marantz convergence in that segment, but we won't know for sure until the rollout is complete (which could take two to five years).

To launch Marantz’s evolution, in-house designers looked to the past for inspiration. The result is a new look that blends fresh modern styling with strong nostalgic elements (think Marantz’s iconic front-mounted portal) and true high fidelity performance. Both new pieces of next-gen gear show off Marantz’s chosen industrial design direction and the looks are certainly unique.

The MODEL 30 Integrated Amplifier is a refresh of the original Model 30 integrated amp released some 50 years ago. This latest version is an all-analog design built around pre-amp and amp stages linked to separate power supplies. An internally shielded oversized toroidal transformer is dedicated to the pre-amp, while the power supply delivers high current instantaneously to a Class D amp (100 watts per channel, 8 ohms; 200 watts per channel 4 ohms). 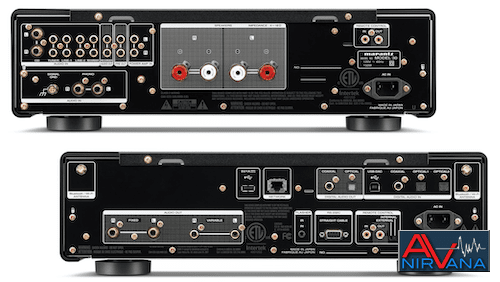 The SACD 30n Network Audio Streamer and SACD player gives buyers access to an all-in-one disc player that’s capable of Hi-Res streaming. The onboard transport mechanism (SACDM-3L) is developed by Marantz, as is a conversion stage that sheds the use of a traditional DAC in favor of the company’s proprietary MMM-Conversion stage. Disc support includes SA-CDs, standard CDs, and music stored on data discs.

Onboard HEOS technology allows the SACD 30n to stream FLAC (44.1-192kHz/24-bit), DSD (2.8MHz and 5.6MHz), ALAC, AIFF, and MP3 files from services such as TIDAL and Amazon Music (Qobuz is not currently supported, but will be in the future). It also opens the door to basic voice controls via Alex, Google Assistant, Siri, and Josh.ai.