Light of My Life - Blu-ray Review

Light of My Life 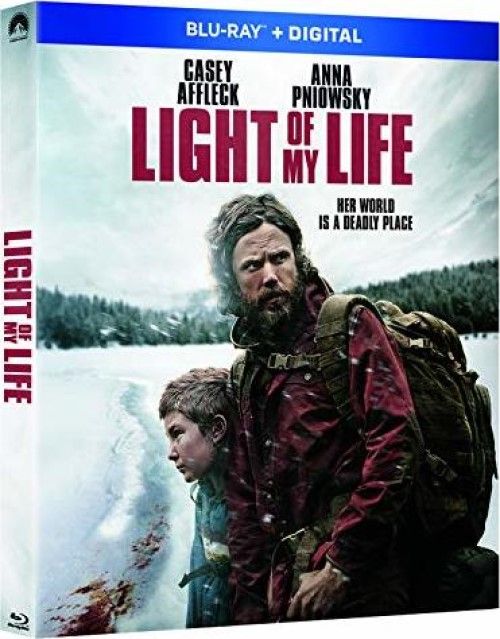 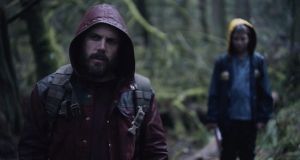 Movie
I’ve seen a lot of comparisons of Light of My Life to Viggo’s The Road from a few years back, but after watching the film today I have to say that there is very little in common outside of being a dreary and depressing film at times. The story is written, directed and starring Casey Affleck, and revolves around an intimate story between a father and daughter as they navigate a world that has been ravaged by plague and famine. The tale is a bit dry and a bit overly long, but still has a solid foundation to tell it’s slice of life style tale on.

The story starts some years after a mysterious plague has wiped out the entire female population (leaving only the men). Humanity has basically stalled as a result, with most people living in small colonies and eeking out a meager existence till they die. However, there is one man who has the gem of the world in his hands. A wandering man (only known as “dad” in the film, played by Casey Affleck) and his child “Rag” (Anna Pniowsky) wander from remote location to remote location simply due to Rag’s sex. You see, she’s the only known female to have survived the plague, making them a walking target to roving bands of female starved humans. 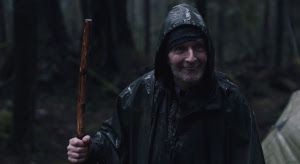 Living off the land the best they can, Rag and Dad continue their trip through the wild, only to stumble upon what seems to be a fantastic prize. A small farmhouse with all the fixings, and a nobody around. Naturally this respite doesn’t last for long and Dad is dragging Rag across the frozen tundra again in hopes of keeping her sex a secret through the use of close cropped hair and mannish clothing. Unfortunately he can only protect her for so long in a world where she is the golden prize.

Light of My Life is a character driven drama. One that focuses on the love of a father and daughter, and viewed through the lens of morality and ethical application of said morality, all the while still trying to stay alive and safe. There’s a great sense of depth and passion in Casey Affleck’s film, but it’s also one that’s slightly self pretentious and a bit too wrapped up in itself. I like slow burn artsy post apocalyptic thrillers like this, but Light of My Life is a bit TOOO slow at times, and can sometimes feel like a made for TV movie. Affleck attempts to craft the film in a unique light with his visual grading as well as the odd (for today’s films) 1.66:1 aspect ratio combined with close up shots, but at the end of the day Light of My Life is a middle of the road drama that has great intentions, but not the greatest execution.

Rated R for some violence 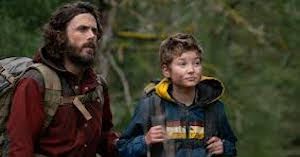 The digitally shot film is a heavily stylized one that uses a rather bleak and dry looking color grading, which is kind of flat with a dialed back contrast that gives it an almost flat and washed out look. Details and clarity are still spot on for the most part, but the reduced contrast levels and the washed out look that the dreary film employs sometimes robs the film of a bit of detail. The white snowy mountain habitat near the end looks fantastic though, with razor sharp close ups on Casey Affleck’s face, and fantastic clarity on the surrounding trees. Blacks can be a bit milky due to the dialed back contrast and light noise crops up now and again in said darker shots.

The lossless 5.1 DTS-HD MA audio track is well suited for the film’s minimalist environment, utilizing all 6 channels with a sort of quiet somberness. Dialog is well placed up in the front of the room, while the mains and surrounds do a good job with the basic ambiance of living out in the wild. The score comes through cleanly and clearly, while the sounds of twigs snapping in the background, footsteps crunching in soft snow, and other ambient effects come through softly and crisply. LFE is pretty mild, but there are a few scenes near the end (such as the fight in the house) that makes good use of the low end. Overall, very fitting track for a low key drama like this, and one that does everything asked of it without question.

Light of My Life is an interesting character drama, with Affleck and Anna Pniowsky turning in powerful performances. The great acting and depressing world building is a bit stymied by the sluggish pacing and pretentiousness of some of the scenes, but it’s an overall solid drama that takes some patience to get through. Paramount’s Blu-ray is complete with good audio, good video, but sadly zero extras at all. This is actually a film where a feature commentary would have been fascinating to listen to, to see what Affleck was really after in the movie, but no matter the extras situation, the film itself is one that I hesitate to blanked recommend, as it’s not going to be a film for everyone. Definitely for those who enjoy slow burn, intimate, films.

Recommendation: For the Fans of Slow Burn Dramas

Thanks for the review. I saw "The Road" and yeah, it isn't for everyone. Very slow to say the least and very depressing.. I will have to think about this one.. Possibly a rental from amazon prime/netflix for me.
You must log in or register to reply here.
Share:
Facebook Twitter Reddit Pinterest Tumblr WhatsApp Email Link