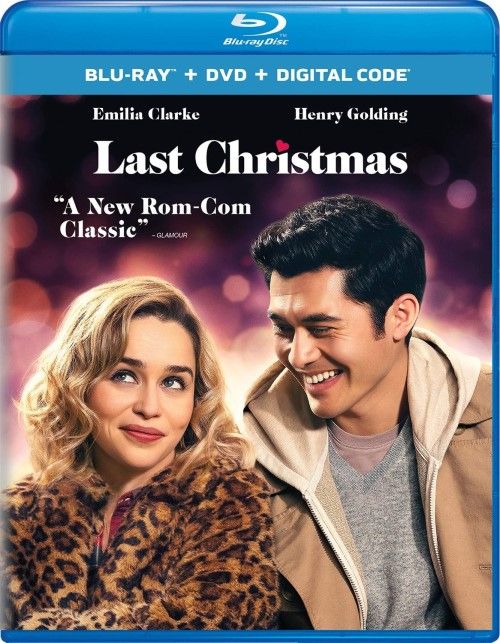 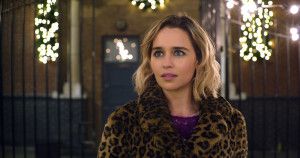 Movie
Holiday themed romantic comedies (Rom-com’s for short) are a staple of the Christmas season, and there always seems to be ONE floating around this time of year. This year it’s the well intentioned Last Christmas, which is based off of the classic George Michael song of the same title (you know, that insipid Christmas love song that doesn’t ever get out of your head!). A tale about love, bettering yourself, and all of the other overly cliched holiday sentiments that are imbued into these films.

The film revolves around Kate (Emilia Clarke), a young woman who works as an elf at a year round Christmas themed novelty shop run by the stodgy, but sweet, Santa (Michelle Yeoh) who has graciously kept Kate on despite her diminishing qualities as an employee. For the last year Kate has been bouncing from friend to friend crashing on their couch, taking advantage of anyone who would let her, and pretty much falling into a rut. The secret is, Kate was very sick last year due to a heart transplant, and has kind of lost her groove. She doesn’t care about true love, she just wants to drink like a fish, party as much as she can, and generally is a modern day Scrooge. That is until a mysterious man by the name of Tom (Henry Golding) sweeps her off her feet and teaches her how to actually live again. 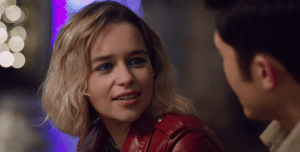 Yes, it really is as insipid as all that. I’m a fan of cute romantic comedies, but Last Christmas feel like a Hallmark or Lifetime made for TV movie with two hot leads. That’s really about all there is to it. You can see the beats coming before they happen, and the plot follows a well traveled pattern. Girl is grumpy and doesn’t know the meaning of love and Christmas, boy comes around and teaches her the meaning of Christmas, and suddenly girl learns to love everyone, works at a soup kitchen to become selfless, and then everything ends happily ever after. The only major deviation from this pattern is the third act twist that kind of shakes up her relationship with Tom.

Acting wise this isn’t that bad, as Emilia Clarke is adorably cute and perfect for these types of romantic comedies, and Henry Golding is dashing as ever. I really did feel bad for Emma Thompson and Michelle Yeoh though. Both of them are fantastic actresses in their own rights and being put in such a low caliber comedy like this just feels like a waste of talent. Emma hams it up as the annoying mother from the homeland (Kate is from former Yugoslavia with her family), but Michelle is the shining part of the film. She hits the comedy with perfect deadpan timing and the classy actress gives life to another otherwise dull and lifeless movie.

Shot with Panavision digital cameras at 8K, and then given a 4K digital intermediate for the master, Last Christmas was the perfect candidate for a 4K UHD disc, but I guess due to the abysmal box office numbers Universal decided that a Blu-ray was good enough. That being said, the Blu-ray does look quite amazing. The digital image is resplendent with all sorts of deeply saturated colors, a fantastic amount of detail, and a generally all around warm look. Contrast is evenly balanced and skin tones are spot on, with bright shiny colors at the forefront of the image. It also sports the more and more common 2.00:1 aspect ration (halfway between 2.39:1 and 1.85:1), giving the film a slightly wider look the average rom-com, while still maintain that close up frame work that the genre is known for. 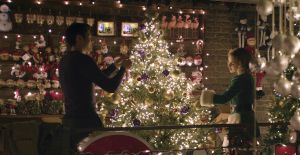 The 7.1 DTS-HD MA track is quite nice for what it is, and falls very solidly into the rom-com genre of mixes. It’s lively, bouncy with it’s musical score, and while it has good surround usage, isn’t going to be competing with the action oriented sound designs. The track can be forward heavy a lot of the time with clean dialog, but there are also a lot of Christmas themed songs for the score which liven things up a bit. The crash at the end with the bicycle and the bus showcase some of the busy streets of London and the wide dynamics allow for some fun with said songs.

Last Christmas is the epitome of a Lifetime channel or Hallmark movie. It’s bland and flavorless without every being a truly BAD film (don’t worry, as cheesy and derivative as this one is, there are MUUUUUUUCH worse films out there in this genre), but it really won’t pass the taste test for fans of more intelligent romantic comedy. Again, I repeat this isn’t an overtly bad movie, but it’s biggest sin is that it’s so derivative and bland that you don’t really care. Audio and video are at least good, and the disc is packed with a ton of extras to enjoy, so fans of the movie will be pleased with it’s home video release. Really, this is a low grade rental at best, but mildly entertaining for what it is.

Thanks for the review. I will skip this one. lol.

Thank you for the review. My wife has been wanting to see this one so if I say to her it got 1 star out of 5 or 2..5 reels out of 5 it won't matter she will still see it.
I will go ahead and give it a shot since it looked interesting and every now and then my wife wants me to leave horror aside and watch this genre lol.
You must log in or register to reply here.
Share:
Facebook Twitter Reddit Pinterest Tumblr WhatsApp Email Link