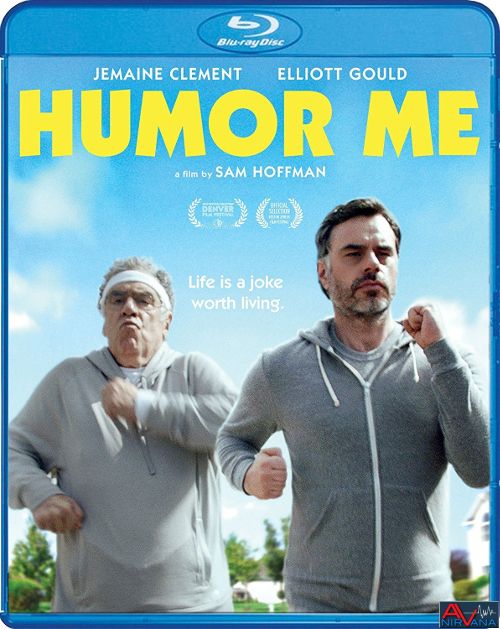 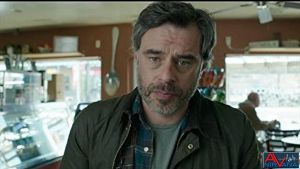 Movie
Sam Hoffman is best known for his web series, Old Jews Telling Jokes, and that’s really what’s at the heart of Humor Me, old Jews telling dad jokes. Well, at least PART of the film. Sam Hoffman makes his directing debut (feature film directing at least) with Humor Me, a cute little dramedy that deals with pain and loss, growth and rebirth all in the span of 93 minutes. It’s not a wildly ambitious flick, but as indie comedies go, I had a blast. Jemaine Clement (best known for his comedy duo “Flight of the Conchords) helms the film along with Elliot Gould, and their chemistry works for a majority of the time.

Nate Kroll (Jemaine Clement) is a down on his luck playwright who’s REALLY about to hit rock bottom. He can’t seem to get his latest play finished in time for his boss C.C. (played by the queen of ice herself, Bebe Neuwirth, otherwise known as Frasier’s ex-wife, Lilith), and not only that, his snobby wife Nirit (Maria Dizzia) is leaving him with his son for a French billionaire. Destitute, depressed, and with no where to go, Nate does the only thing that he has left at his disposal. Move in with his single father, Bob (Elliott Gould), and live with him in his gated senior citizen housing community. Grumbling and full of self pity, Nate attempts to finish the play that he started (4 years ago I might add), while his crotchety old dad tries to force him into doing something “productive” with his life. That is, in between telling old, slightly blue, dad jokes to cover up the fact that he’s still grieving over his wife’s death.

Roped into working at the community center to help pay for his “rent” at Bob’s place, Nate winds up directing a scene from the Mikado for a group of the elderly ladies. Thinking this is just a respite from his writing, Nate tries to bring the old women into the world of acting, but soon finds out that it’s HE who is being brought up to speed. The lack of confidence in himself is just a symptom of the deeper turmoil that is going on under the surface, and with the help of a young recovering drug addict (Ingrid Michaelson), he finds that spark of clarity that allows him to become whole once again. 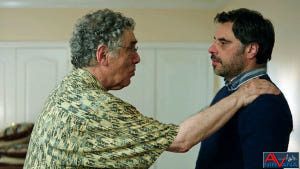 Humor Me is less slapstick funny as much as it is wrly funny. Nate is wildly depressed (and he’s got something to be depressed about), but it’s his interaction with his father and the old ladies at the community center that garners the most laughs (as well as the largest amount of heart as well), and Jemaine Clement does well in his role as Nate. Clement is well known for his wry and sharp sense of humor, and while it’s a bit muted here compared to some of his other roles (I will forever love him in Dinner for Schmucks), but that wry grasp on painful things makes him all the more humorous. His interactions with Elliott Gould really shine, as Elliott is on top of the joke game, telling bawdy dad jokes left and right, while Jemaine woefully slogs through a million jokes a day.

The heart and soul of the film may be the jokes, but it was obviously meant for the more serious bits of the movie, which just don’t seem to strike gold as often as Sam Hoffman wants them to. Allison is sweet and adorable, but her and Nate don’t really feel like they mesh that well, and her backstory is largely left on the back burner even though it sounds like she has a lot of empathetic moments to mesh with his. Still, the jokes work when they hit, and the ending is actually rather cute and uplifting (with a hilarious rendition of the “Three Little Maids are We” section of the Makado). 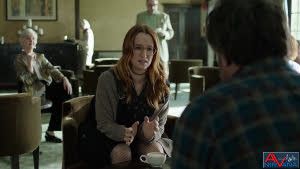 Shout Factory’s 1.85:1 AVC encoded Blu-ray is one of the best I’ve seen from them in a while. The image is digitally shot and has a very neutral looking color grading going on. There’s some beige and greenish overtones that come from the community center paint styles, but the image itself is really sharp and clean, with very natural looking skin tones and backdrops. I didn’t notice any major artifacting to speak of except for some banding in the night sky (when Nate is getting chased on the scooter), and the overall clarity of the disc is quite pleasing. You can see every fiber and age spot on Elliott Gould, as well as Jemaine Clement’s grey hairs with pristine clarity. The only real fault to the film is that above mentioned banding, and that comes and goes infrequently. 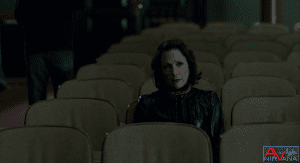 Yup, broken record here. 5.1 DTS-HD MA as the regular track, and a 2.0 DTS-HD MA track for night listening. Being a typical low key dramedy, Humor Me’s 5.1 track is distinctly front heavy, with 95% of the time focusing on dialog as the heavy lifter. Vocals are clean and clear as a bell, and the front sound stage has a few mild panning effects (such as when Nate is getting chased), but other than that, the center channel is the “center” of attention (har har). LFE is light and mild, utilized only during the score, and the surrounds are pretty sparse. Major activity from them come up during a few boisterous moments as well as letting the score open up a bit. A technically well done track, it does nothing wrong, and everything asked of it with ease. It’s just that it isn’t asked to do a WHOLE lot.

Humor Me isn’t top of the line humor from either Clement or Gould, but it is a chuckle worthy dramedy with a solid amount of heart as well. The laughs are wrly amusing and the writing is witty and crafty enough for those of us who really love that old timey style of humor. Shout Factory has done a fantastic job with the Blu-ray itself, but their magnum opus of traditions is lost here as there really is no MAJOR extras to speak of. The commentary is well worth listening to, but that’s really the only one except for a few trailers and deleted scenes. Definitely worth checking out as a fun watch.