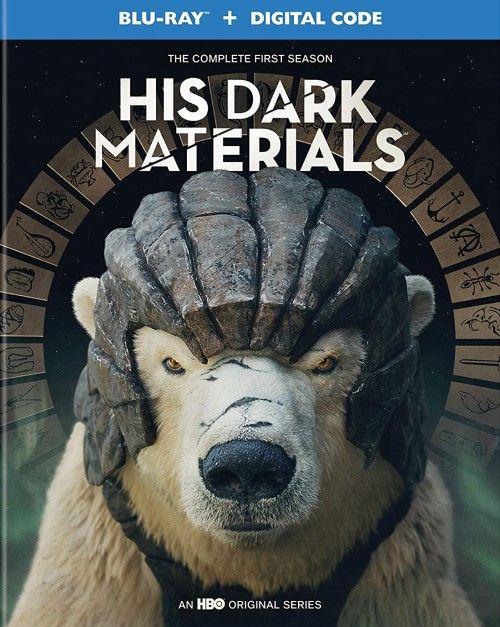 Movie
Does anyone remember the movie The Golden Compass? That 2007 fantasy movie that basically was a GIGANTIC critical and financial flop for New Line Cinema (before they were completely erased by Warner Brothers). Well, I do and I still have a mild fondness for it. The movie didn’t even remotely do justice to Phillip Pullman’s book of the same name (or “Northern Lights” if you are outside of the United States) and left you with a massive cliffhanger in what was supposed to be the next Harry Potter franchise, but it was still moderately entertaining. Well it’s back, and like recreational marijuana in states that failed to pass a legalization bill the first time, has much more support and a much better plan at fleshing out the books.

HBO has been on a kick lately about reviving comic and fantasy books, but instead of trying to make it a gigantic blockbuster franchise, is more intent on utilizing short cable TV seasons to bring the stories to light. A move that actually turns out rather well, as it gives more time and effort into the backstory that gets squashed in a movie, AND allows for continuation on without cancellation as the TV market is much different than the $100+ million dollar film industry.

Before I go on I must admit that I was a little hesitant about the show. Most people from the late 90s and early 2000s don’t remember Phillip Pullman as controversial, as Harry Potter and J.K. Rowling were getting all of the heat for being “an evil” that conservative religious people were all up in arms about. The fact of the matter is, Pullman is MUCH more subversive and more controversial than Rowling, but he flew under the radar with his young adult novels while Rowling took all of the heat due to the insane popularity of the Potter franchise. Pullman is infamous for stating that his series of books were intended to be the “anti-religion” books, and is a marked atheist who wears his distaste for the church and religion on his sleeve. I’m not saying that he’s the kind of atheist who hates the idea of god, and that all religious people are revolting, but he ADAMANTLY hates the idea of organized religion, crafting the villains in his novels as self serving monsters who model themselves off of Catholicism, just with more power and corruption midst the ranks. As such, I was worried that the series would basically be an anti religious gripe fest, where the story gets lost among all of the jabs and politicization of Christianity and other popular religions. While you can definitely see the underlying themes in the show, and you can see his OBVIOUS distaste at the corruption that can happen in man made organized religions, the story is incredibly compelling and a great fantasy story.

The story revolves around Lyra (Dafne Keen), a young girl who is dropped off at a “university” by her uncle Lord Asriel (James McAvoy) due to a mysterious threat, and her journey at fulfilling an ancient prophecy. Needless to say there is some backstory here that gets explained as the show goes on. The world is a world much like our own, but with some distinct differences. The technology is akin to futuristic steampunk, with dirigibles, geared and powered devices, and one that is not ruled over by democracy, but rather a theocracy known as the Magisterium. This dark religious order is all powerful, controlling the entire world through fear of retribution if anyone questions their holy orders. They have spies in every facet of the world, hidden and whispering reports back to their masters so that the Magisterium can quell any attempts at freedom of thought. The only “refuge” is scholastic sanctuary of the Universities. Units of history and freedom of thought that archive archaic religions and beliefs instead of teach them (kind of like monasteries run by monks in some ways, just for science vs. religion), with the only caveat that they can not teach “heresy” in any way.

Long story short, Lord Asriel is out in the North where the northern lights reveal the existence of conscious particles known as “dust” (which the Magisterium views as evidence of original sin) AND through said dust a view into other worlds and other dimensions that are not under the control of said Magisterium. What ensues is a fight against the suppression of ideals and the suppression of thought against a gigantic world order that will stop at NOTHING to make sure that not a single thought of dissension against them is allowed to exist.

His Dark Materials: The Complete First Season does a MUCH better job at telling a cohesive and compelling story over the course of 8 episodes of 50-57 minutes each instead of a 2 hour film. It’s impressively detailed, and the BBC influences are more comforting for those who grew up with shows like The Chronicles of Narnia and other fantasy series rather than the sterile “hollyood” feel. I was really impressed by the season and am glad that it gets a second season. Ruth Wilson and Dafne Keen doe a fantastic job as the heroine and villainous (kind of) throughout the 8 episode arc, and the nuances the show gives with its battle of good vs. evil was more involving than I had expected.

For those wondering, no I don’t think that Phillip Pullman’s stories are blasphemous from a Christian point of view. In fact, I feel that it’s more of an example of what can happen when MEN control the church in the absence of a loving god. Fear, control, warped manipulations all abound, and are warned about in the Bible as well. All we are seeing here is a Church that is man made and is able to sieze control of thought and education, and what the fallout of a genuine theocracy can have in governmental form. Whether Phillip Pullman wanted the books (and by proxy the show) to be a deconstruction of organized religion and be the “anti-religion”, so to speak, is irrelevant. A good story is a good story, and it’s fascinating to watch the corrupt and over bloated magisterium battle against a people starving for answers, and not willing to accept the trite “truths” that the ruling class is giving them. It’s very simply a classic tale of the powerful looking to subjugate the ignorant by KEEPING them ignorant, just in a steampunk fantasy setting.

The first season of His Dark Materials comes to Blu-ray with a dual disc release (both BD-50s) with 4 episodes given to each disc. The show looks great on Blu-ray for the most part, with plenty of bitrate to thrive, and a great color scheme. The show is a bit cool in it’s visuals, with blues tinging the set, counterbalanced by more natural looking shots of the big cities and the Magesterium. The steampunk vibe utilizes lots of mahogany colors and dimly lit stone rooms, and the look is generally very pleasing. Facial details are exquisite, and the use of CGI for a lower budgeted TV series is not jarring. I did notice some digital noise on up close shots (usually the backgrounds while the faces are crisp and clean) and a few instances of color banding, otherwise the discs are clean and sharp looking.

The 5.1 DTS-HD MA track found on the discs is quite the stunner as well, proving once more that not being a DTS:X or Dolby Atmos track doesn’t mean that it’s a sub par audio track. The power and intensity of the show’s fantasy elements comes through with vigorous authority, filling the room with the intense hum of a metal dirigible, or the rumbling of rocks falling down in the Northern worlds. The echoing of high heels in a Magisterium hallway is fully immersive and surrounding the listener, and the more quiet moments of the show are appropriately soft and front loaded. It’s a great sounding mix and a fantastic fantasy track, and once again, HBO doesn’t skimp at all on the production details.
. 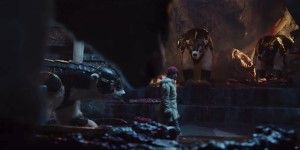 As someone who grew up during the 90s and remembered being “warned” about Phillip Pullman’s books, it’s fascinating to see them get new attention, and see them from a different point of view. Much like The Watchmen (also put out by HBO) His Dark Materials is not a perfect show, but it does a rather good job of bringing a complex story to life in Mini-Season form in ways that a movie would struggle to accomplish. The story is engaging, even if it is a bit preachy, and the confirmation of Season 2 is a welcome announcement for fans of the show. The Blu-ray is well done in both audio and visual, and the extras are above normal for a modern show. Definitely check it out.

Thanks for the review. Never heard of this movie and barely remember The Golden Compass so will check this out.

Michael, I have a couple episodes left and agree with your assessment although I've found the audio to be a bit "hot" compared to other soundtracks. In fact, I have to turn it down about 5dB from my normal listening volume because the music becomes overwhelming (at times).

As the story goes, I think you could also replace "religion" with "government" and come away with the same reaction towards man-made institutions. I personally felt the show started out a bit on the rough side and got better as it went along. The premiere episode throws A LOT at the viewer in a short amount of time where in the book you learn the "world" at the same time Lyra does as she goes through the adventure versus getting everything upfront. Regardless, it's an enjoyable show.

the audio is a definitely a bit warm, but I didn't find myself turning it down THAT much (although, I like really hot audio and my wife complains that I listen to stuff too loud anyways lol)

but yeah, governments and religion are nearly inextricably combined in Pullman's works. In reality pullman has created a world where a TRUE theocracy rules, so there's no way to separate them at all.

Agreed. I enjoyed the books but I don't think they had the "magic" of Harry Potter (no pun intended).

Epoxy1 said:
Agreed. I enjoyed the books but I don't think they had the "magic" of Harry Potter (no pun intended).
Click to expand...

Looking back I don't think even Harry Potter could have had that magic a second time. they were good books, but they hit at a time in history when Young Adult fantasy was garbage for the most part, and it ignited a trend that probably can't ever be replicated.

tripplej said:
Thanks for the review. Never heard of this movie and barely remember The Golden Compass so will check this out.
Click to expand...

It's not a movie but a series based upon Pullman's books that aired on HBO. We talked about here in this thread back in January.