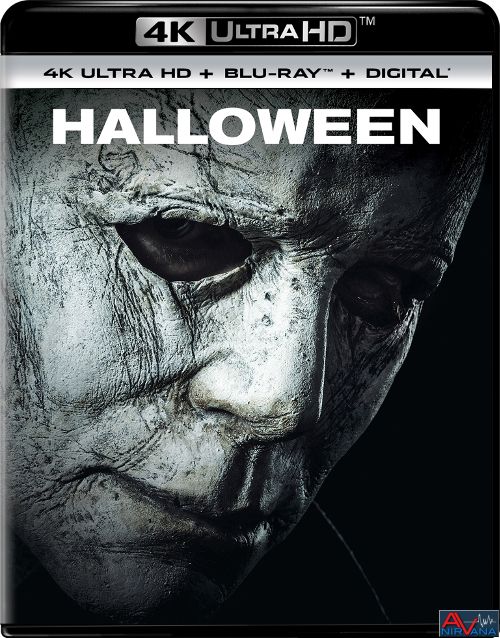 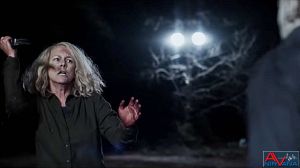 Movie
There are three major slasher franchises that came about in the last 70s to early 80s that have stuck throughout the age. Nightmare on Elm Street, Friday the 13th and Halloween. Those three particular films launched a generation of cheesy slasher sequels that have dominated the horror market for YEARS, even acquiring a few misguided (and some entertaining) sequels to compliment the classic originals. John Carpenter’s Halloween is a veritable classic, though, and has been hailed one of the most intelligent and creepy slashers of that era. It has been dissected in film class ad nausea, and even though the sequels have literally trashed the memory of the original classic, they still have created a fun generation of cheesy slashers that have fueled many a nightmare for a young horror fan.

I will admit, while most of the Halloween sequels are pretty awful, the 2nd movie stuck closest to the themes of the first movie, and even went so far as to re-cast Jamie Lee Curtis as the star of the film, but the series itself has been largely a huge deviation from John Carpenter’s original vision. 10 movies in, and the series had been effectively killed off at the turn of the century, and while many a horror franchise is getting remakes and reboots, the Akkad family decided that a semi-reboot, semi sequel version of Halloween was in order. Instead of just remaking the concept of Michael Meyers, they decided to act as if none of the sequels ever existed, and created a 40 year old sequel that picks up right where the first movie led you to believe was the ending.

It’s been 40 years since Michael Meyers terrorized Laurie Strode (Jamie Lee Curtis) and for the last 4 decades the monster has been behind bars in a mental institution. Laurie, on the other hand, had been behind her own bars. After the terror that was bestowed upon her as an 18 year old high schooler she grew up with some paranoid issues, constantly waiting for the day that Michael Meyers would get out to murder once again. As a result she lost her daughter Karen (Judy Greer), and even missed out on the life of her grand daughter Allyson (Andi Matichak) as well. However, her greatest fears come to life when a prison transport truck over turns with Michael on board, and the killer that terrorized her decades ago is on the loose once more. 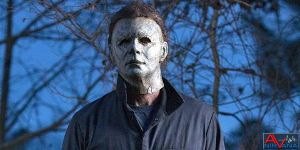 Halloween 1978 is truly an iconic horror film, and has influenced COUNTLESS other movies with Carpenter’s little nuances on the slasher genre. I’ve watched it about as many times as I have seen Star Wars (which means a LOT), and I still get chills down my spine from the theme song. The Rob Zombie remakes had their place in the horror world, but I never could get into them. I still enjoyed the schlocky junk food that was most of the sequels (even Halloween: H20), so I was more than a little intrigued to see that the Akkad family (who owns the rights to the original story) was agreeing to make a sequel/reboot of the franchise. Color me even more curious when Jamie Lee Curtis agreed to come back , and color me tickled pink when I heard it was going to be as Laurie Strode in an ACTUAL sequel to the first movie.

Well, the end result is actually quite good. Blumhouse Productions is not known for quality products for the most part, but Halloween 2018 is more than entertaining. Now, before I go on. I must say that there ARE some flaws in the film. The pacing is a bit off, and the kills themselves are actually a bit weaker than I would have liked. As a life long slasher fan (and fan of the Halloween series in general) I was hoping for a bit MORE on the kill front. The pacing is a bit funky and some of the editing doesn’t always line up to quality productions. Also, the film tends to be a bid predictable. Anyone who has seen any slasher film in history can predict where the movie is going, and while it’s generally entertaining, eats away at some of the shock value.

HOWEVER, there is are quite a few genuinely pleasurable moments in the movie. There’s a 2nd act twist that occurs with Michael’s doctor that honestly comes out of left field. I’m not going to spoil it for you as it is an integral part of the movie, but it was a moment that I actually had to stand up and applaud as even this jaded horror fan didn’t see it coming. The second factor comes from Jamie Lee Curtis. She really sells the character of a matured and terrified Laurie Strode. Instead of just making her the tough heroine, they make her a shattered person who has had to live with decades of paranoia, fear, and psychological torture. She comes across as a very real person who is completely altered by the events of her childhood and the suffering that she has had to endure as a result. The rest of the characters are your typical horror/slasher throwaways, but Curtis really is the highlight of the film and the reason to see this movie. 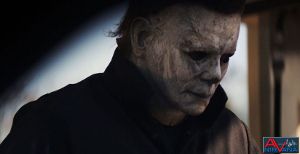 This is the first Halloween film that has been shot on digital, as every movie in the 10 movie franchise (11 if you include this one) has been shot on film, but as times change, so does technology. Reportedly shot on 2.8K digital cameras and then given a 2K master and upscaled to 4K, Halloween is given a modest upgrade from the really impressive 1080p Blu-ray disc. The upgrades are noticeable and impressive, but typical of the 2K-4K upscales that come from using a 2K master. Colors are a bit dulled and dim with the movie set mostly at night, but black levels are well maintained, and fine details in the darkness is impressive. I noticed some really nice textural changes from the Blu-ray in the deepest of dark scenes, as the Blu-ray tended to crush and get a bit soft at times. The 4K UHD disc is crisp, clean, and backgrounds are appropriately textured at all times. Contrast is even and balanced, and facial tones look natural (although sometimes a yellowish hue bleeds in to the faces). 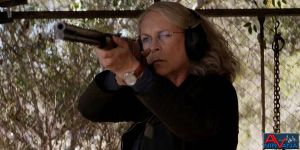 The DTS:X track captures the essence of the genre quite nicely, but like most of the Halloween films, is not a game changer. The Halloween films have been usually very front heavy with a majority of the surround dynamics being with the Carpenter inspired theme song and a few crashes and bangs. Even in the year 2018 the pattern has not changed at all, giving us a fairly forward heavy mix that livens up the back channels with the iconic James Carpenter inspired score, as well as the 3rd act of the movie when the action heats up. In fact, most of the actual dynamic portions of the movie happens when the trio of girls are in the basement and Michael is scrabbling to get in. The rest of the movie is pretty mild with the typical musical numbers and ambient noises filling out the background. It’s not a ding on the movie itself, as the previous films have followed this pattern to a T, and the genre has followed this molding for 40 years. It’s a good mix, a solid one, and one that does what is asked of it without breaking the proverbial bank.

• Deleted/Extended Scenes
- Extended Shooting Range
- Shower Mask Visit
- Jog to a Hanging Dog
- Allyson and Friends at School
- Cameron and Cops Don't Mix
- Deluxe Banh Mi Cops
- Sartain and Hawkins Ride Along
• Back in Haddonfield: Making Halloween
• The Original Scream Queen
• The Sound of Fear
• Journey of the Mask
• The Legacy of Halloween

​
Halloween 2018 is not the PERFECT sequel to the most iconic slasher of all time (well, next to Alfred Hitchcock’s Psycho), but it is a really enjoyable movie that does way better than most of the sequels that came after the original. Seeing Jamie Lee Curtis back in the seat as Laurie is enough to make this horror nerd twitter like a girl on prom night, and the dynamite chemistry she has on screen with “Michael” is just palpable. I would have preferred to see some more sleaze and gore than what we saw, but Halloween honestly impressed me as a worthy film in the franchise and a good closure to Laurie Strode’s legacy. The 4K disc is a solid improvement over the great Blu-ray, and the disc even has some pretty solid extras as well, leading me to give a solid thumbs up for the whole package.

Thanks for the review. I plan on adding it to my collection.

Asere said:
Thanks for the review. I plan on adding it to my collection.
Click to expand...

lol, I figured you'd want in on some Halloween action

The original Halloween is one of my favorite flicks ever — right in the top 5. This past year, I thought it was time for my oldest to watch it with me, with the idea that we’d go catch the reboot in the theaters. Possibly a stretch for a 16 yr old, but she really enjoyed it (I think partly because it’s an endeavor that we embarked on together).

We both really enjoyed the new flick. It’s not perfect... but I think it’s pretty solid. And for anyone that likes the original, this particular installment has lots to offer.

This is a definite buy for me!

Michael Scott said:
lol, I figured you'd want in on some Halloween action
Click to expand...

Just an FYI @Asere , we're giving away a copy of Halloween!