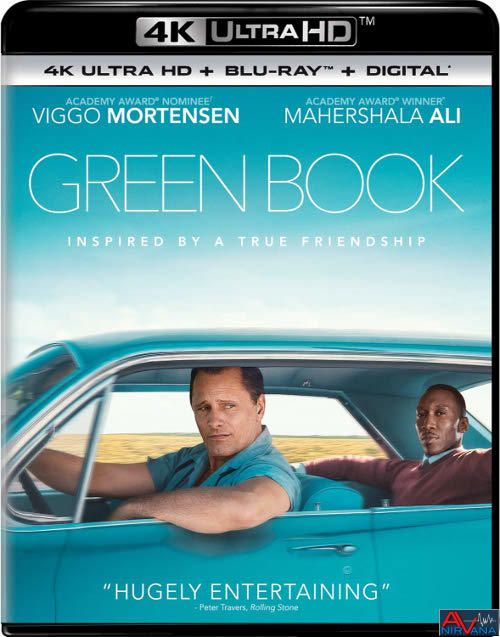 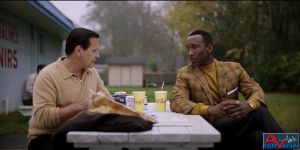 Movie
As academy awards season wraps up we finish all of the winners up with the final and most “important” category of the year, best picture winner. Now before we go any further let me state that I actually didn’t get a chance to watch Green Book during it’s theatrical run, so I had NO IDEA how I would like it or dislike it based upon the audience reaction. To say that Green Book is a controversial pick for best picture winner is an understatement. I heard everything from “greatest movie of the year”, “an unmitigated success”, to “worst best picture winner since Crash” (which says something, as Crash is one of my most hated Oscar winning films of all time), “the white savior complex at large” and countless other varying opinions on its status as best picture winner. Honestly, I have to agree with both sides of the fence in one way or another. Was Green Book worthy of the best picture award? No, I firmly believe 2 or three other nomination should have ousted it with ease, but it is still a very good movie nonetheless. Kind of like Moonlight 2 years ago winning Best Picture. It was a solid drama, but seemed more like the Oscars patting themselves on the back as a comeback from the whole #OscarsSoWhite fiasco of the year before. Personally, I could care less WHAT the Oscars choose for best pictures, as I’m a simple man. I’m just interested in watching a good movie without all of the drama, and that is what Green Book delivers on.

Green Book is billed as a biographical dramedy, but it’s really what I would consider a road trip movie with a some racial/social issues integrated into the picture. Tony “Lip” Vallelonga (Viggo Mortensen) is a rough and tumble Italian immigrant family living in New York City. After the club he works for is shut down for repairs for a few months Tony is left looking for work. He stumbled upon a rather unique opportunity to act as a driver for a Dr. Shirley (Mahershala Ali), a very prominent Jazz pianist who is embarking on a concert tour taking him through the heartland of the south. Tony is already setup as kind of racist from the first few moments in the film (him throwing out the glasses that a pair of black men touched in his home clues you into that), but he’s kind of the down low kind of racist. You know, the guy who looks down on other people, but he’s never overt about it. Just shakes his head and moves on. But hey, money is money and in 1962, making $125 a week plus room and board and expenses is more than enough to sway the out of work night club bouncer over to Dr. Shirley’s side.

The film plays out as one would expect in some ways. Dr. Shirley is a high brow social elitist who lives in his proverbial castle (a subject which is actually tackled near the beginning of the 3rd act), and while he hired Tony Lip for his skills, the two men are from different worlds. Tony is your typical New York blue collar worker with a big mouth, and Dr. Shirley is prim and proper. However, as the concert tour goes on the lines separating the two men begin to blue. Opinions change, and the two suddenly find themselves having more in common than just being a part of the human race. As the two become closer and close they both begin to realize that the other person isn’t the enemy. Tony’s biases start to waver as he begins to respect and care for the black pianist, and the good Dr.’s opinions on Tony begins to shift as well. 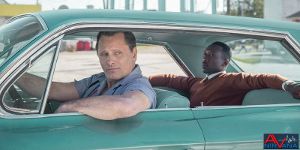 A lot of people have made their opinions clear about Green Book. I’ve seen comments on how it takes an overly simplistic view on race. How it doesn’t show the TRUE nature of racism, and how it wraps up so neatly at the end. In that respect I have say that I think the point was missed, or maybe I’m missing the point. Green Book is a film about two men from two world coming to an understanding and finding a common ground. Part of it is race related. Part of it is social standing, but the entire course of the film is all about the two men and their perspective of each other. Both men are flawed characters ,and both have their own presumptions and prejudices about the other. But in the end, this is about two people forming a mutual understanding, and subsequently letting their guards down to form a friendship that surpasses the idiocy of what other people think.

Was Green Book the best picture of the year? By goodness no. It was a good film but there were several films that got nominated this year (Bohemian Rhapsody for one) that easily surpasses the film, but in now way does that take away from the fact that Green Back was a very solid film. My only complaint is that some of the “rampant racism” scenarios that they came across seemed to be there only to “teach us a lesson” about the past instead of organically flowing into the story. It almost was as if those moments screeched the movie to a halt, pulled out a baseball bat and start whacking us with it and saying “see how much racism hurts!?”. Not a big deal as those elements weren’t too hugely distracting, but it was enough for me to knock it down a half star. 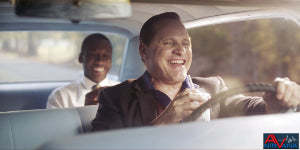 Green Book was filmed at 3.4K using Arri Alexa cameras and then transferred to a 2K digital intermediate for the home video release in the 2.00:1 aspect ratio (an aspect ratio I’m seeing pop up more and more often the last year or so). As such I wasn’t expecting a wild step forward in picture quality from the great looking 1080p Blu-ray, but the differences in the 4K UHD transfer are rather noticeable and sometimes shockingly different. The clarity is a distinct step forward in 2160p, with facial details and the soft background standing out with more visual clarity. Skin tones are warm and honey colored at times, with the slightly soft looking visual style that is meant to emulate the tone of the early 1960s. Colors are a bit earthy, but also intermingled with pale blues, light greens and maroon reds of the cars passing by on the city streets. Black levels are quite impressive, and the HDR levels add a distinct punch to those dark shots that were slightly washed out on the Blu-ray. There’s a few scenes of banding that came and went, but other than that, this 4K disc is pretty much artifact free.

With the film ABOUT a musician, it’s not hard to understand why music plays such an important part of Green Book’s Dolby Atmos experience. The music flows effortlessly throughout all channels, with the opening scene of the movie and the Copacabana concert just immersing the listener in a cocoon of keys and melodies. The film’s score acts probably as the single most important auditory section of the track, but the surrounds are also filled with the hubbub of a jazz club, the mumbling of a high restaurant where Dr. Shirley is kicked out of, and the rocking sounds of a dive bar where the two end up at after being kicked out of said restaurant. The LFE is deep and punchy, accentuating the score with some nice bass lines as well as a few instances in the city where we hear the rumble of a car or the slamming of a door. It’s not a showy or extensively action filled sound track, but Green Books Atmos track is top tier all the way.

• Virtuoso Performance
• An Unforgettable Friendship
• Going Beyond the Green Book

​
At the end of the day, Green Book is a great story about two men from different racial/societal statuses meeting in the middle and giving up some of the preconceived notions that they came into the relationship with. I really enjoyed it waaaaay more than I expected it to due to the controversy surrounding the film’s nomination, and further solidifies my opinion that listening to the drama that seems to surround films these days it is counter productive to enjoying a good movie. Universal’s 4K UHD disc is given high marks for video and audio scores, but really does disappoint on the extras front. At the end of the day, not my choice for best picture winner, but still a great movie to watch. Highly recommended.

Thanks for the review. I will check it out.

I will definitely watch this one. Thanks for the review.

I'm compelled to watch this one... but I've read your take in more than one place. It seems odd that "best picture" has such a "good" not "great" review vibe.

Curious, Mike... what your Best Picture pick have been?

Probably The Favourite or A Star is Born

We loved A Star is Born. Watching The Favourite after we watch Green Book.

About to give this one a spin.

JBrax said:
About to give this one a spin.
Click to expand...

I think you are going to like it. Wife and I saw it last night and we really enjoyed it. Solid acting and a great story with good and not so good moments. Lots of fun humor too.

Sadly we never watched it and had to return it. Another time maybe....
J

mola1000 said:
I think you are going to like it. Spouse and I saw it the previous evening and we truly delighted in it. Strong acting and an extraordinary story with great and not very great minutes. Loads of fun funniness as well.
Click to expand...

Agree with everything you said. My wife and I watched this last Sunday and we really enjoyed it.
Jack