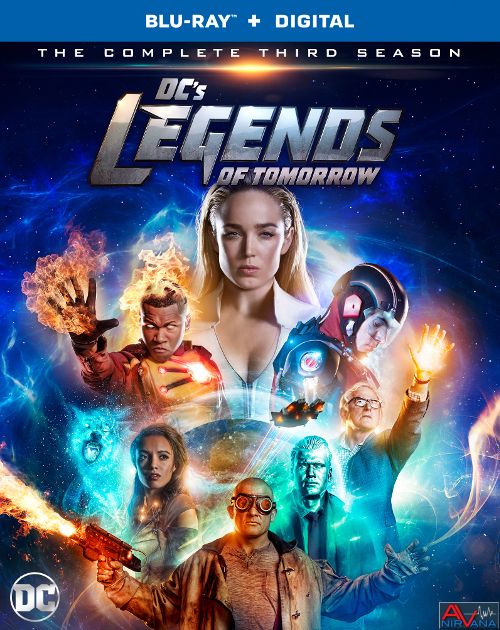 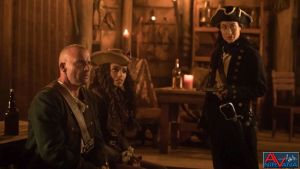 Movie
Dc’s Legends of Tomorrow is kind of the ugly duckling of the Arrowverse. It started out with a first season that hit every foible and hiccup that the series could produce along the way, and had it end with a fizzle that left most fans of The Flash and Arrow considering it the worst show that DCTV had produced so far. The 2nd season actually turned things around, as the series found its footing and cast change ups really boosted the entertainment value. However, the show wasn’t over yet and the third season proved that you should never judge a series by its first season alone, as it climbed even higher and with the hints at season four, it looks like this might not be the pinnacle of the series. The third season is a breathe of fresh air to the Arroverse, and it actually ties The Flash: The Complete Fourth Season for being the most enjoyable show in that entire CW bred universe. The series has a lighthearted tone to it that keeps fans winking and nodding with the shows creators, and it doesn’t delve into super angsty melodrama that hamstrings some of the other CW oriented comic book shows. Season 3 is the most enjoyable year of the show to date, and with the always excellent (with some caveats as history as shown us) audio and video presentations, a blast to watch.

After defeating the Legion of Doom last year, the Legends have sort of painted themselves into a corner. After going back to a point in time that they had already visited (a big no no from the very beginning of the show), they have created fractures in time with anachronisms from all over history bleeding into other portions of history (and the future). When they time jumped back to 2016 (when they all started) they find that the Time Lords have been recreated again, and that Rip Hunter (Arthur Darvill) is basically helming the venture in order to prepare the world for a hinted at “coming danger” as well as to FIX all of the issues that the Legends created due to their borking up history.

The team is kind of shocked when they come back and find out that Rip is a bit different than the self sacrificing hero that they had left him. He’s now more jaded and infinitely more frustrated at what he considers to be their failure to protect time, benching the team for their actions. However, we all know that’s not going to fly (literally), so Sara and the rest of the “out of time” super heroes do the only thing that they can think of. They steal the Wave Rider once more and set out on their own to fix their own mistakes. 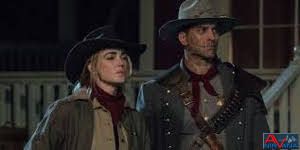 Dc’s Legends of Tomorrow gained a lot of traction in the second season, adding some more super heroes in the form of Amaya (Maisie Richardson-Sellers) and Nate/Steel (Nick Zano), but they mix things up even MORE with a few main characters leaving (with sad fanfare, as Victor Garber was one of THE highlights of the show), but also increasing the fold once more. This new additions take the shape of Zari Tomaz/Z (Tale Ashe), who adds her own sense of zaniness to the show, as well as Kid Flash/Wally West who vanished from The Flash last season to come over to this show (although he won’t be reprising his role on DC’s Legends of Tomorrow next year) as he had a bit of personal discovery to go through (both on and off camera). We also got to see John Constantine with a bit of a test run for the show, who adds a different aspect to the show with his magic and mysticism (he’s also slated to become a full main character on the show next year, as his audience scores were great and fans REALLY didn’t want to see him go even though Fox canceled his show).

The show thrives on being a bit looser and more fun than the rest of the Arrowverse, and that hasn’t gotten old in the slightest. Mick Rory (Dominic Purcell) is still the brutal, wisecracking hero and his one liners are still one of the best portions of the show. Nick and Amaya took some getting used to, but with the change up in their relationship this year they actually start to grow on you. Nick gets a stronger grasp on being Steel, and Amaya’s personal demons are actually quite appealing vs. the do gooder she was last season. Ray and Sara are still a bit annoying, but the sense of unity and camaraderie on the show is undeniable. This season also pushes the episode count up to 18 (16 for the first season, 17 for the second) and it looks like season 4 will have a full 20 episodes, putting it on par with the rest of the CW DC universe. 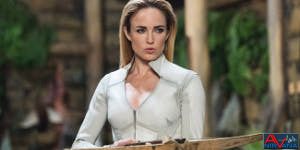 I mentioned in the season 2 review that the Arrowverse shows were a bit “incestuous” (in that they borrow very heavily from each other in their visual styles and tones) in their video encodes, but that Legends was the odd one out, and I still stand behind that assertion. Legends has a much brighter and shinier look to it, as they don’t have to hide in the LITERAL dark and come out at night to hunt villains. The time jumping and disguises gives the show more leeway to deal with daylight sequences and the visually bright and glossy look makes it a good bit different the others. The sci-fi look of being homed on the Wave Rider also allows for a more blue and steel look that that has positive and negative points to it as well. The positive comes with lots of shiny neon colors and a futuristic look, with the negatives being that there is MUCH more CGI than other shows, and The CW shows have only so much budget. Which means the copious amounts of CGI shows more seams and cracks than I would like to have shown. Details are impressive as always, and I couldn’t find anything more than a little bit of banding to mar the encode in terms of artifacting.

Following in typical CW/DCTV faction, The 5.1 DTS-HD MA track is a real treat to listen to. The mix is highly aggressive, with the legends facing off against all sorts of villains, employing laser blasts, roaring spirit beasts and the thudding slam of fisticuffs to give it a VERY rip-roaring sound. Blows are powerful, laser blasts deep and guttural, and the surround channels active with all sorts of activity. The score is your typical CW superhero score, but it's rousing and fun to listen to and the vocals are always above reproach. The finale of the show sets us up for some more more narratively, but also makes for one of the best sounding episodes of the series, with a surround mix that really encompasses the listener with a great sense of immersion.

Dc’s Legends of Tomorrow is the show that has started out absolutely awful, but has blossomed into one of the more fun outings in the Arrowverse. It has it’s fair share of foibles and missteps, but the show has learned from a lot of them and even has a balance between “time travel episode of the week” and serialization. The series has come a long way from the wince worthy first season, and improved even more on an already solid second one to make something truly enjoyable. The audio and video are on par with what you normally see in the WB Arrowverse shows, and the typical “comicon” style extras that are prevalent on all of these shows is replicated in the third season as well. I won’t say Dc’s Legends of Tomorrow is a life changing super hero show, but it has progressed to being MUCH more of a serious contender for early Arrow and The Flash than I ever though possible. Definitely recommended as a fun watch.